Ink runs from the corners of my mouth.
There is no happiness like mine.
I have been eating poetry.

The librarian does not believe what she sees.
Her eyes are sad
and she walks with her hands in her dress.

The poems are gone.
The light is dim.
The dogs are on the basement stairs and coming up.

Their eyeballs roll,
their blond legs burn like brush.
The poor librarian begins to stamp her feet and weep.

She does not understand.
When I get on my knees and lick her hand,
she screams.

I am a new man,
I snarl at her and bark,
I romp with joy in the bookish dark. 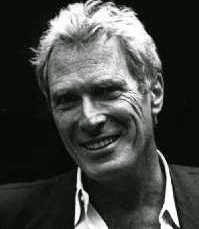 This must have been one of Mark Strand's earliest published poems, as I seem to have loved it for a very long time now. I also remember him as having written excellent articles on poetry which helped me pass my university exams. But I didn't know the rest of his poetry.

He was an important American poet, who — as I'm sure many of you are aware — died six days ago. When I looked for a poem to use in paying tribute, I found that his work has a characteristic bleakness of mood. The Poetry Foundation refers to his "recurring theme of absence and negation".

I think Eating Poetry must be one of his best-known works, often anthologised. If possible I'd have liked to give you something that was new to you, but this is the one I wish I'd written. I still adore it after all these years.

Many of Strand's poems are nostalgic in tone, evoking the bays, fields, boats, and pines of his childhood on Prince Edward Island. Strand has been compared to Robert Bly in his use of surrealism, though he attributes the surreal elements in his poems to an admiration of the works of Max Ernst, Giorgio de Chirico, and René Magritte. Strand's poems use plain and concrete language, usually without rhyme or meter. In a 1971 interview, Strand said, "I feel very much a part of a new international style that has a lot to do with plainness of diction, a certain reliance on surrealist techniques, and a strong narrative element."

All of which makes his poetry appeal to me in many ways, despite the tone. I remember in the past, when I was exploring some dark subjects in my own poetry, a reader saying to me, 'You must be a very sad person.' I was surprised. To me it seemed obvious that I had written the sadness out instead of holding on to it. Perhaps it was the same for Mark Strand; at any rate he doesn't seem to have been unduly miserable as a person.

He had a distinguished academic career, and served as Poet Laureate Consultant in Poetry to the Library of Congress during1990-91. As well as a poet, he was an essayist, translator and editor. A painter in his youth, he also published books of art criticism. He won numerous major awards for his poetry, most notably the Pulitzer Prize in 1999.

His poems are at PoemHunter and his Amazon page has his Collected Poems as well as many other volumes.

The Wikipedia article is rather slight, so I've linked his name, above, to the more comprehensive Poetry Foundation article. The New York Times obituary is, in some respects, even more illuminating. For instance it tells us that his interest in the visual arts was lifelong, and that for the last five years he had been making collages, using paper he made by hand.

Email ThisBlogThis!Share to TwitterShare to FacebookShare to Pinterest
Labels: I Wish I'd Written This, Mark Strand