I received a card this week, it said "dwell in possibility..."   I thought this would make a great prompt.
The word "Home" was our #84 prompt. The word possibility conjures up what we hope for. I love the idea of dwelling in hope.  I want you to pen a poem about possibility, what would you like to dwell there?

"I dwell in possibility."~Emily Dickinson

“All the possibilities of your human destiny are asleep in your soul. You are here to realize and honor these possibilities. When love comes in to your life, unrecognized dimensions of your destiny awaken and blossom and grow. Possibility is the secret heart of time.”
― John O'Donohue,

“Without leaps of imagination or dreaming, we lose the excitement of possibilities. Dreaming, after all is a form of planning.”
― Gloria Steinem


If you have a prompt idea (even a Music or Film inspired one) that you would like to suggest or share with us please send it to poetsunited@ymail.com . We keep a folder set aside with all your suggestions and just might use it one day.
There 3 simple rules:

2. Please visit some of the other poems linked here when you link to yours.


3. Leave a comment after you have posted your link.

Life of a Poet - Susie Clevenger

Kids, today we are heading to Texas, where the irrepressible and wonderful Susie Clevenger lives and writes her wonderful poems. Susie is the laundry guru of Confessions of a Laundry Goddess (love that name!), but we won’t be talking about detergents. (Though I have seen a photo of Susie’s laundry room in her interview by Fireblossom  at Real Toads , and it is to die for!) As always, Susie’s story contains surprises, some of her beautiful lamp art and photography, and a courageous and inspiring tale of recovering from a near-fatal car accident........my favorite kind of story!

Poets United: Susie, what would you like us to know about your life right now?

Email ThisBlogThis!Share to TwitterShare to FacebookShare to Pinterest
Labels: Susie Clevenger, The Life of a Poet (Interviews)

Each Sunday we start a new post with a New Mr. Linky for you. This is so that you can post a link to anything you want us to read, anything at all related to poetry or prose found on your own poetry blogs. It will remain open all week so that you can show us your writings and thoughts. You can post links weekly should you chose to do so. What poetry you put here is up to you so don't be afraid to share with us!!

There 3 simple rules:
1. Don’t link to more than 3 poems per week.
2. Please visit some of the other poems linked here when you link to yours.
3. Leave a comment after you have posted
your link.

Email ThisBlogThis!Share to TwitterShare to FacebookShare to Pinterest
Labels: The Poetry Pantry Revisited 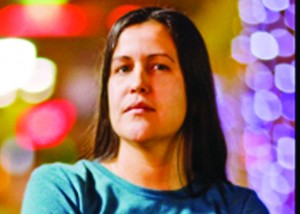 Angels don't come to the reservation.
Bats, maybe, or owls, boxy mottled things.
Coyotes, too. They all mean the same thing—
death. And death
eats angels, I guess, because I haven't seen an angel
fly through this valley ever.
Gabriel? Never heard of him. Know a guy named Gabe though—
he came through here one powwow and stayed, typical
Indian. Sure he had wings,
jailbird that he was. He flies around in stolen cars. Wherever he stops,
kids grow like gourds from women's bellies.
Like I said, no Indian I've ever heard of has ever been or seen an angel.
Maybe in a Christmas pageant or something—
Nazarene church holds one every December,
organized by Pastor John's wife. It's no wonder
Pastor John's son is the angel—everyone knows angels are white.
Quit bothering with angels, I say. They're no good for Indians.
Remember what happened last time
some white god came floating across the ocean?
Truth is, there may be angels, but if there are angels
up there, living on clouds or sitting on thrones across the sea wearing
velvet robes and golden rings, drinking whiskey from silver cups,
we're better off if they stay rich and fat and ugly and
'xactly where they are—in their own distant heavens.
You better hope you never see angels on the rez. If you do, they'll be marching you off to
Zion or Oklahoma, or some other hell they've mapped out for us.

(from When My Brother Was an Aztec. Port Townsend, Washington, Copper Canyon Press, 2012)


Not that I could have written it, not being Native American — but that doesn't stop me from loving the sentiments, the language, and the poetics. It's not easy to write a convincing abecedarian, let alone one so brilliant as this.

It may be that Natalie Diaz is very well-known to American readers. This particular poem, which received an Honorable Mention in the James Hearst Poetry Prize for 2011, has been shared widely on the net, and tweeted. But I only just discovered her, and it. I saw her book reviewed — can't even remember where — and thought I must have it. I'm not sorry! It's a very new purchase and I haven't even read half the poems yet, but already I know this book is a treasure. It's also one I don't want to race through; I'd rather savour and ponder. I think you can tell by the piece I've shared that this doesn't mean it's dull, but full of riches.

She got an Honorable Mention in a 2009 War Poetry contest too, for an astonishing prose-poem called A Wild Life Zoo.

You can see her in conversation with an interviewer and/or read the transcript, with links to more of her poems, here.  And here is a long article detailing interviews about her writing, with a link to one of her short stories. Yes, she writes fiction too.

Googling her, I found a wealth of material and learned that she is working with Mojave elders to preserve the language — an important step in preserving the culture — and that she used to be a pro basketballer. She has a basketball poem too. (Read the preceding piece by Sherman Alexei as well.) You can find some more of her poems here. I expect and hope there will be even more to come.


Poems and photos used in ‘I Wish I’d Written This’ remain the property of the copyright holders (usually their authors).
Posted by Rosemary Nissen-Wade 7 comments:

Email ThisBlogThis!Share to TwitterShare to FacebookShare to Pinterest
Labels: I Wish I'd Written This, Natalie Diaz, When My Brother Was an Aztec

In the United States, this weekend will mark the holiday, Memorial Day.  It is a day to honor and remember those who fought, gave their lives in the duty of battle.  Where I grew up, there was a parade and we placed flowers on our all of our loved ones grave stones.

Today,  it seems to be the weekend, that marks the beginning of Summer.  There are lots of cookouts, picnics, and gatherings. I still think of it as a day of remembering our loves ones, who have died.  I found this interesting tidbit, about how the holiday use to be celebrated:

"In cases involving a family graveyard where remote ancestors as well as those who were deceased more recently are buried, this may take on the character of an extended family reunion to which some people travel hundreds of miles. People gather on the designated day and put flowers on graves and renew contacts with kinfolk and others. There often is a religious service and a "dinner on the ground," the traditional term for a potluck meal in which people used to spread the dishes out on sheets or tablecloths on the grass. It is believed that this practice began before the American Civil War and thus may reflect the real origin of the "memorial day" idea."  via Wikipedia

I want you to pen a poem in regards to honor. It doesn't have to have to be war, military related. It can a poem about a loved one, who is living.  It could be a poem to honor someone's memory, you have lost.  I want you to reflect your admiration of this person in your poem.  Our #98 prompt is Honor.  I know for me, the word conjures up military, marriage, and my neighbors. What do you think of when you hear the word.  You can pen a poem, about the general feeling or a specific person. The choice is yours. It will be a honor to read these poems~

" You will never do anything in this world without courage. It is the greatest quality of the mind next to honor. "
Aristotle

"Confidence... thrives on honesty, on honor, on the sacredness of obligations, on faithful protection and on unselfish performance. Without them it cannot live. "
Franklin D. Roosevelt

If you have a prompt idea (even a Music or Film inspired one) that you would like to suggest or share with us please send it to poetsunited@ymail.com . We keep a folder set aside with all your suggestions and just might use it one day.
There 3 simple rules:


2. Please visit some of the other poems linked here when you link to yours.

3. Leave a comment after you have posted your link