I can still see you: an Echo,
to be touched with Feeler-
Words, on the Parting-
Ridge.

Your face softly shies away,
when all at once there is
lamp-like brightness
in me, at the Point,
where most painfully one says Never. 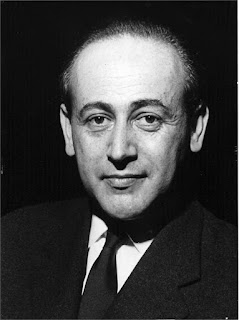 I knew little of Paul Celan and his work until a friend posted something of his on facebook and I was moved to investigate further. I had always thought he was French, because of the name, and also because I had imagined him to be a surrealist poet and connected him in my mind with Andre Breton and co. But in some hasty research for this post I discovered that he was not a surrealist, and that he was Romanian by birth and also wrote in German, his mother's language.

He did eventually settle in France, married there, and became a French citizen. That was after some horrendous experiences during World War II, because he was Jewish.


Paul Antschel (changed to Ancel, then Celan in 1947) was Jewish, born in Bukovina. Celan studied medicine at Tours. In the summer of 1942 his parents were shipped to a concentration camp in Transnistria, where his father died of typhus, and his mother was shot in the neck and killed. Celan was conscripted to road-labour in Moldavia until 1944. In 1945 he was in Bucharest and traveled via Vienna to Paris in 1947. He became a lecturer at the École Normale Supérieure and married Gisèle Lestrange. Deeply troubled by the Holocaust and his parents’ deaths, he committed suicide, by drowning in the Seine.

More details are in the Wikipedia article about him, which also quotes him as saying:

Only one thing remained reachable, close and secure amid all losses: language. Yes, language. In spite of everything, it remained secure against loss. But it had to go through its own lack of answers, through terrifying silence, through the thousand darknesses of murderous speech. It went through. It gave me no words for what was happening, but went through it. Went through and could resurface, 'enriched' by it all.

After the War, he wrote in German. Some commentators think he felt it as a kind of triumph to write about the horrors experienced under Nazi Germany in the German language. Others feel that German was too limited a language for his innate lyricism.

He may not have been a surrealist, but his work is often considered difficult to understand, even allowing for the fact that many of us read it in translation, not the original. As witness this statement by one of his translators:

'' in order to experience the poetics of Paul Celan as rendered in English, one must understand that no one translation will ever be adequate enough. Though each translator successfully identifies elements of Celan’s discomfort, no single one fully encompasses all three.  A reader wishing to fully intake Celan’s words in English must become a comparative reader, a critical reader, and most importantly a reader  who understands that perhaps one of Celan’s most discomforting elements is that he didn’t always wish to be understood. ''   [Goodrich, J., Rhyme or Reason? : Successfully Translating the Poetry of Paul Celan,2008]

At Poetry Foundation there’s a fascinating discussion of Celan’s language – and poetic language in general – by the celebrated Ilya Kaminsky, who seems to question the accessibility so many of us strive for.  Perhaps it’s fair to say, at least, that some poems (some works of art in any form) are worth persevering in the attempt to understand, and may be all the more rewarding for that perseverance.

To me, in much of Celan's work it is not so much that the language is unclear, but that where it leads is mysterious, not fully explained. This is perhaps because of what is described at Poetry Foundation:

As his career continued, Celan worked to “purge his poems of readymade contexts - whether historical, traditional or explicitly religious. The late poems still abound in allusions - private, hermeneutic, esoteric - but increasingly each poem becomes and creates its own context and the context within which Celan's other poems must be read.”

The poem above is not difficult, however, and I think it's very lovely.

You can find a free download of 25 poems here, or browse them online. (This is where I found the succinct account of his life quoted above.) There is a different collection at PoemHunter.

And you can find many books by and about him at his Amazon page, including poetry in the original German, and  bilingual editions with English translations.

And now, because the one I chose is short, here is another short one for you. I find this one a little harder to fathom. But with some poems, perhaps the only thing to do is surrender and let the images wash over you.

more fully,
since snow fell even on this
sun-drifted, sun-drenched sea,
blossoms the ice in those baskets
you carry into town.

sand
you demand in return,
for the last
rose back at home
this evening also wants to be fed
out of the trickling hour.