The seed falls down, in,
there is dark and silence.
The cold comes fast,
saying sleep.
The earth turns,
the soil warms.
Roots branch their way towards the heart,
shoots to the heat.
The grain grows,
stretching upwards,
falls, is taken.
Bellies and pantries full,
cattle fat.
Seeds saved, sorted, sown.
The seed falls down, in.

There are very few poems of Melbourne poet Helen Patrice’s that I would not be delighted to have written! This is her latest, and I choose it in particular because it is a celebration of Lughnasad (aka Lammas) the festival of ‘first harvest’, which is 1st February in the Southern Hemisphere. I too like to celebrate the cycle of the seasons, known as the Wheel of the Year, and writing poems is one good way of doing so.

We have been close friends for many years, which began through our mutual love of poetry and cats. She wrote me my first — and indeed only — fan letter, for a cat poem I’d had published. Thrilled, I replied. A few weeks later we encountered each other at a writers’ workshop. That was 20-odd years ago, during which we have found many other things in common. It seems odd now to think that for most of those years we’ve lived in different States, but we built a solid basis for the friendship before I moved away.

Like me, Helen is a Tarot reader and psychic, a Reiki Master, a Pagan witch, and of course a poet. Unlike me, she is also a yoga teacher, a belly dance teacher and a novelist, and for a long time she was a single Mum to two profoundly deaf children, one of whom is also autistic. (Her daughter is now 22 and her son 19, and both now have cochlear implants.)

In recent years she has travelled widely, including two visits to Boskoppie, South Africa, in 2010 to work with big cats — another thing I wouldn’t dream of attempting. I am happy to love them from a distance! Speaking of loving from a distance — or not — while she was there the second time, her Canadian fiancé (whom she met on her first overseas trip, to America in 2008) impulsively flew out there to marry her somewhat earlier than originally planned. Her daughter joined them from Melbourne to be Maid of Honour. He then put forward his migration to Australia by a few months. Helen is now assembling a chapbook with the working title My African Wedding.

You can find out even more about Helen and her writing in a writer’s interview I did with her at my SnakyPoet blog. You can also check out her website. It’s soon to be updated, she tells me, but most of the material there is still relevant. Among other things there, such as her light-hearted personal philosophy, you will find more wonderful poems. (I’ve just re-read them all with undiminished pleasure. If it wasn’t already available there, I might well have chosen Fat White Woman Whom Nobody Loves for this post.)

She’s had stories and articles published in various magazines, and you can find details, including ordering details, of her recent verse novel, A Woman of Mars — which I love and adore — here. It is also available on eBay at present, and you’ll find a thoughtful review here.

Though, like me, she aims for clarity and accessibility in her poetry, Helen is a more metaphorical poet than I am. Because the piece above is short, you can have two for the price of one today. The following example is another recent poem which instantly became a favourite of mine.

On and off the leash

Sometimes I have the dragon on a leash
And we go walkies.
Sometimes I am in the belly,
Clinging to the oesophagus to avoid the acid.
Mostly I am in the field, holding him off
With a toothpick.

(This could be a metaphor for all sorts of things — whatever you want it to be — but a careful reading of her answers in my above-mentioned interview will reveal what Helen herself had in mind.) 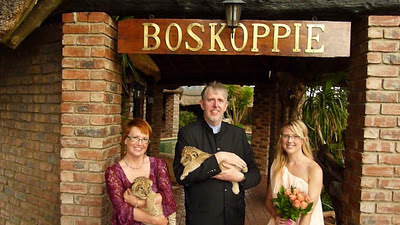 Email ThisBlogThis!Share to TwitterShare to FacebookShare to Pinterest
Labels: First Harvest 2012, Helen Patrice, I Wish I'd Written This, On and Off the Leash