This one is best heard at this link  — and you can read the searing words there too. Quick, do it now! (Then come back here.) 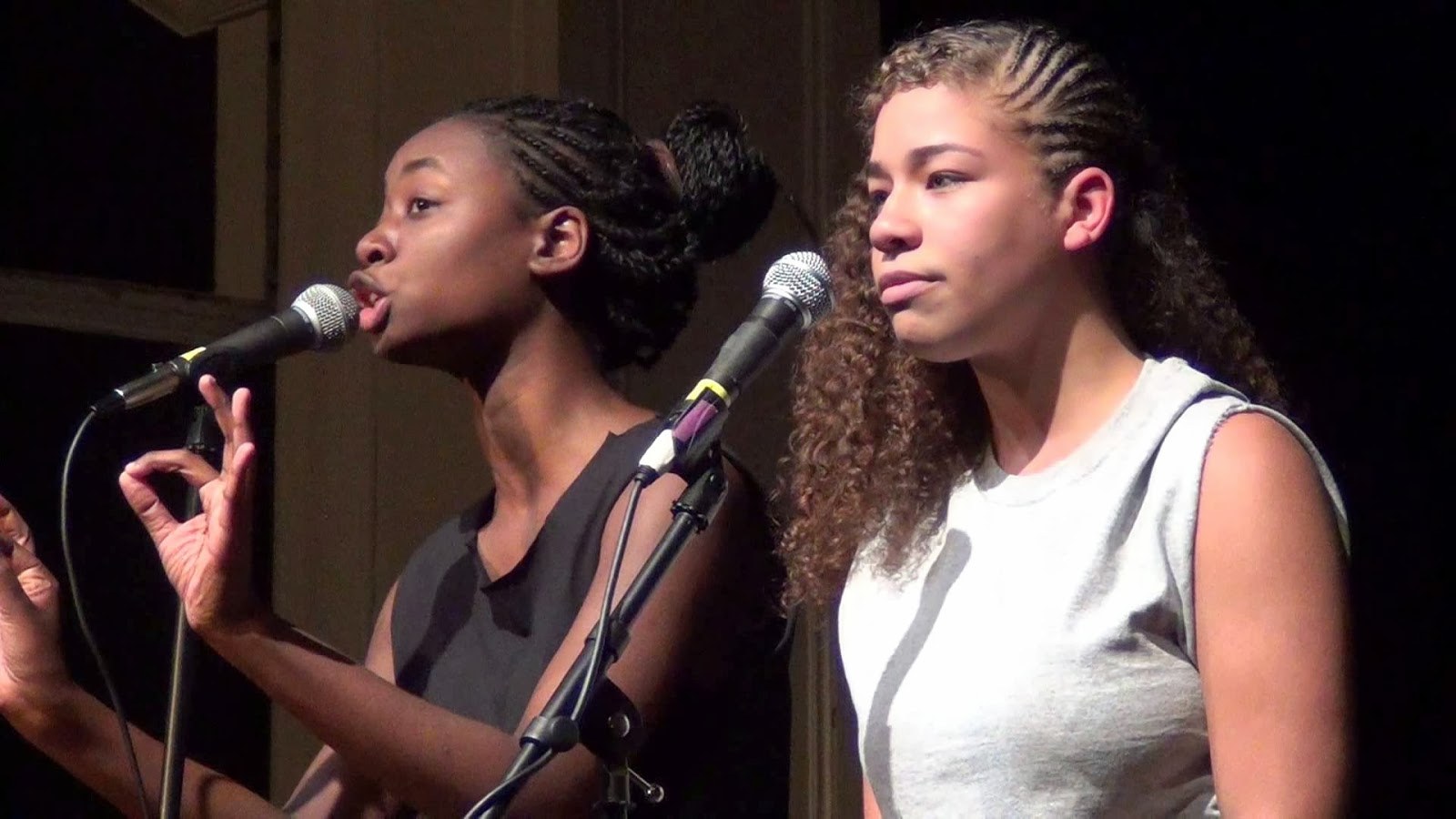 I am lying. I don't wish I personally had written it; I am thankful not to have had the experiences that gave rise to it. Then again, no-one is an island, as the poet John Donne reminded us. If such things are possible for others, they could happen to me. I have escaped only by circumstance. I am not free unless all are free.

However I am exultant that the poem has been written and performed by these two poets, and that it will be shared with the world on YouTube for a long time to come. And, in contradiction to what I just said, these young women are asserting their own freedom and providing an inspiring example to others. I could certainly wish for such poetic power!

Though it's strong stuff indeed, it's no mere rant. The use of language makes it poetry. Definitions of poetry are always vague and unsatisfying, because the essence of poetry can't be pinned down — but heightened language is surely one criterion, and it is present here.

The poem is part of contemporary culture in more ways than one. It's recorded at a poetry slam, it's up on YouTube, and I assume the title refers to the powerful dragon queen character in the Game of Thrones TV series based on George Martin's Song of Ice and Fire books — a character who likes to rescue the downtrodden, particularly abused women.

(And I apologise that you may already have come across this video, as it's going all over facebook. But I always find there are people who first become aware of the poets I profile by reading this column, so I believe it's worth doing.)

Tonya Ingram is a Junior at New York University, pursuing a bachelor's degree in Social Justice Education Through the Arts. In 2011 she placed first in the Knicks Poetry Slam and won a $10,000 scholarship. She is also a member of the 2011 Urban Word NYC poetry slam team that placed second in the nation at the Brave New Voices International Poetry Slam Festival in San Francisco, Calif.

You can read a short interview with her here, and hear her give another reading. The best way to find more of her poetry is to Google it or go straight to YouTube, as she has been doing a lot of performing.

The same applies to finding Venessa Marco's poetry. Her facebook page lists her as 'writer, painter, poet' and goes on to say:

Venessa Marco is an African Caribbean writer by way of Cuba and Puerto Rico. She has recently moved from Los Angeles, California to Harlem, New York. Marco is currently pursuing her PhD in English. She was a member of the 2012 Da Poetry Lounge in Hollywood, California slam team and a member of the 2013 Nuyorican Poets Cafe, which placed 3rd in the nation.

Tonya Ingram also has a facebook page. She is on twitter as @TonyaSIngram and Venessa Marco is there as @marco_venessa

I think they are going to be sources of exciting, passionate poetry far into the future!

Email ThisBlogThis!Share to TwitterShare to FacebookShare to Pinterest
Labels: I Wish I'd Written This, slam poetry, Tonya Ingram, Venessa Marco