of mystery
as you can see
from the words of a poet.
Take, for instance, Robert Frost,
who in early adulthood stepped away
from poetry attempting to appease his family
with completion of higher academics, brief stints
in teaching, and reporting news slanted with a poetic view--

he once went on to describe a flagpole in front of the post office
as beauty with a majestic eagle who, in a mighty gust of wind,
perched atop a pole by a stately white building,
adorned the heavens until a dreadful hunter
came along and shot it dead, that fool,
when merely the wind
knocked it down--

does a reporter write like that? No, only poets such as Robert Frost,
whose steps away from writing only led him back to feather pen,
can sustain wedding nights where hasty visitors knock
at cabin doors, when all around the deserted woods
no other light shines, and one is left wondering
if perhaps the stranger was the bride's true
love left with missing clues.

(I had to put the poet's name last this time, instead of directly under the title of the poem, as the title leads straight into the poem, doing double duty as a first line.) 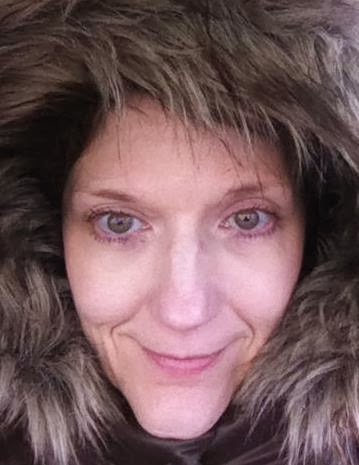 I first encountered Laurie Kolp at Poetic Asides some years ago when we were both participating in a 'poem a day' challenge there, and we have been encountering each other there and at other places online ever since.

She may already be known to you too as an active online poet — and one of those who spends a lot of time enabling other people's poetic development. For instance, she writes many of the 'Pretzels and Bullfights' posts at the dVerse ~ Poets Pub community, where her description as one of the team says:

Laurie Kolp is an award-winning poet who has been published worldwide. She lives in Southeast Texas with the beach and Big Thicket at her fingertips (opposite hands, of course). She graduated from Texas A&M University and taught school for twelve years until she became a SAHM of her three children and husband. Laurie likes writing not only poetry, but creative nonfiction and fiction as well. Her two dogs, Snowy and Jake, are her sounding boards and cheerleaders. You can find her at Bird’s-Eye Gemini and Laurie Kolp Poetry. twitter: @KolpLaurie


She is also one of several hosts of Poetry Jam, a blog of weekly prompts for poets, and she is Vice President of Texas Gulf Coast Writers. (How does she find the time?)

She participates in Poets United too. 'Laurie Kolp Poetry' (then called  'Conversations with Laurie') was featured as Blog of the Week in May 2011, and she was the subject of one of Sherry's wonderful 'Life of a Poet' interviews in March 2012.

I just love her tale, above, of poor Robert Frost trying to get away from poetry and be normal to please his family, and failing utterly. (And aren't we glad of that!)

It's not difficult to find more of her work. Her two blogs are both poetry blogs, reflecting, she tells us, different aspects of herself. She has been widely published in literary magazines etc., and is included in the anthology Poetic Bloomings: the first year, edited by Marie Elena Good and Walt Wojtanik and in pay attention: a river of stones, ed. Fiona Robyn and Kaspalita.

Her complete poetry collection (to date), to be released in March 2014, is Upon the Blue Couch from Winter Goose Publishing.

Email ThisBlogThis!Share to TwitterShare to FacebookShare to Pinterest
Labels: I Wish I'd Written This, Laurie Kolp