The Final Concert
By Niall O'Connor

I want to play in a band with a crazy name,
hear the base trombone that the blue whales blow,
trumpet with the elephant, and grunt with the lion,
hear the swarm and the hive, sing and jive.

I want to play in a band with a crazy name,
see the colours and the sounds, rise and fall;
a pulsing rainbow from life's one aura,
where my voice will not signal, fear to them all.

I want to play in a band with a crazy name,
be announced by the brassy Whooping Crane;
rhythms ratcheted up by Puerto Rican Crested Toads,
in the back, Cascade Frogs clearing their throats in vain..

I want to play in a band with a crazy name,
where the Common Loon will make mocking fun,
of the all too serious Mexican grey wolf,
and the Polar Bear can still swallow the sun. 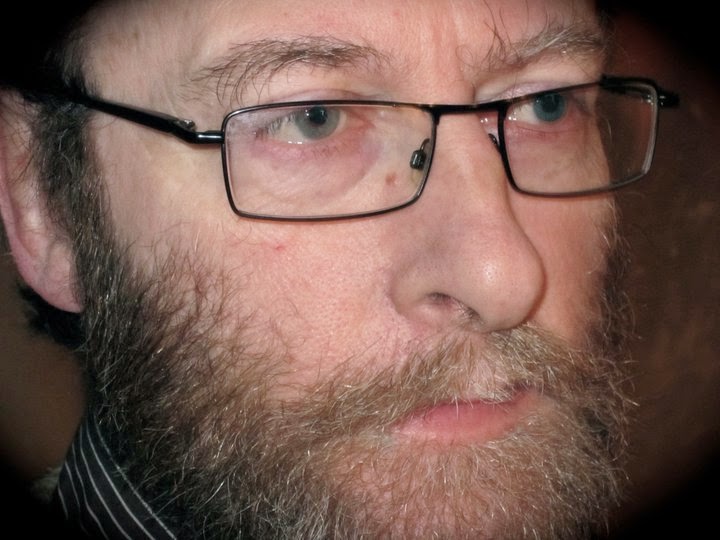 Irishman Niall O'Connor is one of the fine poets I've met online in various facebook poetry groups, where he is a generous encourager and thoughtful workshopper of others' poetry as well as frequently sharing his own. He lives in Dublin, blogs at http://dublinepost.blogspot.ie/ and his twitter handle is @dublinepost. His poetry ranges from the outspokenly socio-political through lyrical nature poetry to personal reflections on his world — or, as above, our shared world. It's a refreshingly outward-looking poetry, even when personal.

There are various places online to find more of his writing. There is a book, Change in the Wind, which one reviewer describes as "eloquent, inquisitive and challenging". Another deems him one of the best of "a new wave of excellent Irish poets". You can also see a selection of his poems at Poets International. If you're on facebook, search for the group Free Verse for Fun. And there's the blog, where you will find a wall of pictures. Click on each one to find a poem behind it.

I guess it's obvious why I wish I'd written this? When I was much younger I thought poetry would save the world. Could it really do that? I don't know — but it can try. Instead of reiterating the sad, terrible things we already know, this poem tries with verve and exuberance.

Email ThisBlogThis!Share to TwitterShare to FacebookShare to Pinterest
Labels: I Wish I'd Written This, Niall O'Connor