Poems of the Week by Rajani, Sarah and Carrie

I can never resist poems with birds in them, and I am bringing two of them to you today, written by Rajani who blogs at Thotpurge, and Sarah Russell, of  Sarah Russell Poetry. Our third delightful  poem is by Carrie Van Horn, who writes at  A Net Full of Butterflies. I just know you will love all three of them. Let's not wait another minute. 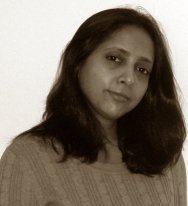 The birds used to come to the square then. No one knew where
they lived, but they arrived by the dozen with the first stripe of

dusk, ate from our hands as we crumbled hours that had turned
brittle with waiting, minutes baked into bread with the salt of tears,

pieces of us, dark, dark from wanting the light. When birds consume
our fears, our memories, when our shadows slip down their throats,

their feet turn white, their wings grow wide, they turn into angels
that deny the night. When pain is scattered like seeds, they flutter

down, impatient moons in rapid descent, eager for stories, that can
never be told. Last night I saw you alone by the fountain, more

silhouette than man, your fist full of broken dreams, the sky above
you empty. I knew that you had heard the silence. Birds fed on angst

and agony and sin, that learn about love and eyes and separation,
birds of our dusk can become white angels but they never sing again. 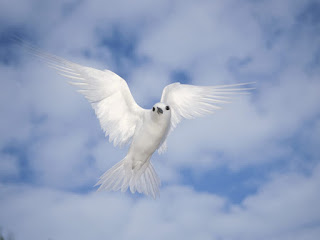 Sherry: I am so moved by this poem, Rajani, the fluttering
white birds that become angels, then never sing again. Tell us
about this wonderful poem, won't you?

Rajani: Thanks for featuring this poem, Sherry. I don't really
know where it came from. It is hard to write about human
emotion without coming across as cliche'd or fanciful. And I
seem to get stuck perennially with metaphors and conjecture!

I sense, reading the poem again, I was exploring how the process
of sharing one's feelings changes both narrator and the listener
and the way they view each other. Things are never
the same again.

Maybe that's what I was thinking at some subliminal level, but
who knows how a poem comes about! I think the hardest
poems are those you want to pull out of your own darkness.
Hard to write and harder still to explain! Just follow the muse
where she leads and hope that is the right direction!

Sherry: Well, that is a very good explanation! Thank you, Rajani.
I love your poem.

When Sarah wrote "A Gospel of Birds" soon after, I knew
I wanted to feature these poems together. Let's enjoy: 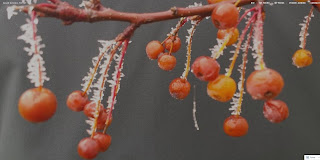 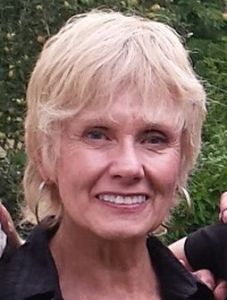 A GOSPEL OF BIRDS

She wasn’t sure about heaven,but she believed in birds.On walks she’d stop to watcha skein of geese, wonderedwhere they came from,where they were heading.They mate for life, she’d say.Crows do too. And swansand storks. She must have said thata hundred times, with a kind of wonderat the impossibility.
She kept five feeders on the deck,had a book of backyard birdsto identify newcomers at the feast.She cried when a neighbor’s catkilled a mourning dove. They matefor life too, she said. Listen,her mate is sad. That’s just their call,I told her. No, it’s different, she said.You can tell when birds are sad.
She died a month ago.I keep the feeders filled. 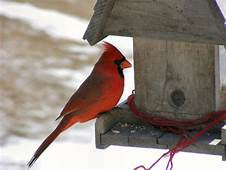 source
Sherry: Oh, Sarah, I can see her, and the kind, loving person
she was, in this poem about her love of birds. You bring her
to life. I love that you keep the feeders filled for her.

Sarah: "A Gospel of Birds" sort of wrote itself. There's a lot of my
husband and me and our relationship in it, but I didn't think it
was a stand-out poem when it was new. I guess that was
because it was so easy to write. As I recall, I did very little
editing on it, and usually my poems "appear" as I chip away
at the lump of words I initially put down.

I had found a site called Psaltery and Lyre that publishes
poems considering the interface between belief and non-belief,
and I thought it might be a good fit for that venue. Lo and
behold, they not only published it, but they nominated it for
the Pushcart Prize! I was flabbergasted and so, so grateful that
they had seen more in it than I had. I still am not sure why
it speaks to people the way it seems to. But I'm honored when
it strikes a chord.

Sherry: It strikes a chord indeed. Congrats on the nomination!

Sarah: This is one of the poems that will be in a collection that
was just accepted for publication by Kelsay Press. I'm really
psyched to finally have a book in the works, although it will
be about a year until it comes out.

Sherry: How exciting to have a book accepted, Sarah.
Congratulations! Let us know when it is out, and we will do
an update to help launch it.

Carrie's poem had me at the title. Let's read:

How stunning are the changes which age makes
in a man while he sleeps! ~ Mark Twain

It has been a wild journey
and my soul has weathered many a storm
but my heart lost the sturdy umbrella
a long time ago
this makes for a sloppy passage
and wet shoes
I used to leap over puddles with ease
but now I tend to
wade through slowly
like a used jalopy bus
in the rain
I don't mind a little mud
just give me somewhere warm
to dry my socks
and take a load off with friends of a feather
and I am happy
there is a luxury a mature heart knows
the comfort of knowing not to rush
and of course the wild journey of the past
has given us bad knees.


Sherry: I can't tell you how much I resonate with this poem!
Especially the bad knees, LOL. I love "the luxury the mature
heart knows". I wish I had written this poem, my friend.
But I did live it! Smiles.
Carrie: I am both honored and delighted that you want to
feature my poem. It was for a picture prompt. The photo made
me think of the journey we go through in life, and how it
progresses. I am 55 and though that is still young, I feel life
and the choices I have made have made for a bit of a rough ride.
So, in consequence, I have taken a few knocks in this wild
journey I have chosen. It has slowed me down with time. Also,
I feel that as we get older we learn so much from the past, that
it does make for some wiser choices in the future, and like the
ending says....our bad knees are slowing me down for sure.
Sherry: Mine, too, kiddo. But you have much journeying
ahead. 55 is young.
Carrie: Thank you so much for considering my poem, Sherry.
That makes my day! I appreciate all you, Mary and so many
others do at Poets United. It is a site that builds bonds, and
inspires. It has been a true blessing to be a part of.
Sherry: And we so appreciate those, like you, who have been
with us from the beginning, Carrie. And all of our members
who have stuck with us through the years. 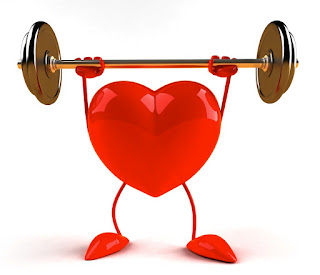 You keep us strong!!!
source
Thank you so much, Rajani, Sarah and Carrie, for sharing
your wonderful poems and thoughts with us today.
Do come back, poet friends, and see who we talk to next.
Who knows? It might be you!
Posted by Sherry Blue Sky