Out of the belly of Christopher’s ship
a mob bursts
Running in all directions
pulling furs off animals
Shooting buffalo
shooting each other
left and right.

Civilization has reached
the promise land.

The colossi
in which they trust
while burying
breathing forests and fields
beneath concrete and steel
stand shaking fists
waiting to mutilate
whole civilizations
ten generations at a blow. 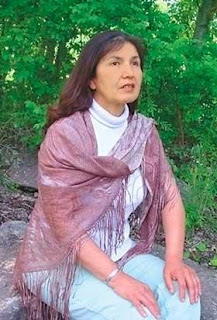 This poem offers an Aboriginal view of the colonization of Canada. I find it accurate (and horrifying!) And the frenzy to extract resources has not abated in two hundred years. How appalled First Nations must be, having been respectful caretakers of the land for ten thousand years, watching its swift destruction. To Aboriginal people, Mother Earth is a living being, to the settlers a fount of resources to be extracted. I feel this poem deeply. Our garden is in distress, Mother Earth crying out to us in all of her voices. But who can hear, midst all the fracking, chain saws and drilling?

Born in  1948, Jeanette Armstrong is of Okanagan Syilx ancestry. She has lived on the Penticton native reserve for most of her life; she raised her children there.  Ms Armstrong is a fluent speaker of the Okanagan language, and has studied and practiced traditional ways under the direction of Elders. Her first poem was published at age fifteen.

The author is the great-granddaughter of the First Nations novelist Mourning Dove.

A spokesperson for Indigenous peoples’ rights, and an award-winning writer, novelist, poet and activist, she has always sought to change deeply biased misconceptions related to Aboriginal people.

Her powerful poem titled "Indian Woman" does just that. I had a hard time choosing between the two, but if you would like to read it, click on the link. It is a beauty.

Since 1986, Ms Armstrong has been the director of the En'owkin Center, a cultural and educational organization operated by the Okanagan Nation. In 1989 she helped to found the En'owkin School of International Writing, which is the first credit-giving creative writing program in Canada to be managed and operated expressly by and for Native people. 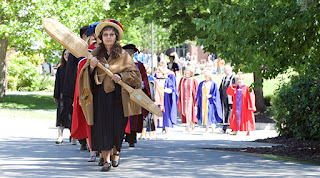 Ms Armstrong is a Professor of Indigenous Studies and a Canada Research Chair in Indigenous Philosophy. This appointment in 2013 came with an annual award of $100,000, for five years of research and documentation of Okanagan Syilx oral language literature, indigenous knowledge that has been largely inaccessible till now. Ms Armstrong has worked with fluent language speakers to document knowledge of Syilx governance, land use and health, to make such knowledge more accessible.

“I am extremely passionate about Indigenous research that advances knowledge and will better guide environmental practices,” Ms Armstrong has stated.  "I’m a harvester, all my family are hunters and gatherers. Traditional people continuously practice that. It’s not something that is a was culture; it is an is culture, and restoration of that culture is part of the work that I do. The major part of the work that I’m involved in -- I guess it’s called activism -- is trying to tell people there’s a better way here than what’s going on out there. So that’s the work that I do."

Such an accomplished poet, and person. Wow. "There's a better way." That's for sure!

Ms Armstrong published two children’s books in the early 80’s,  Enwhisteetkwa (or Walk in Water) in 1982 and Neekna and Chemai the following year.

Her first and most famous novel, Slash, on the topic of racism, was published in 1985.  It explores the history of the North American Indian protest movement, in a racist North American society.

Other works include her book of selected poems, BreathTracks. Her short stories have appeared in anthologies. Her second novel, Whispering in Shadows,  traces the life experiences of a young Okanagan activist woman.

Ms Armstrong has also produced such critical works as The Native Creative Process and Land Speaking.