Classic Poetry-Sonnet #98: (From you have I been absent in the spring) by William Shakespeare 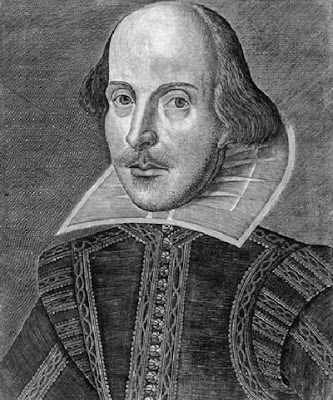 From you have I been absent in the spring,
When proud pied April, dressed in all his trim,
Hath put a spirit of youth in every thing,
That heavy Saturn laughed and leapt with him.
Yet nor the lays of birds, nor the sweet smell
Of different flowers in odour and in hue,
Could make me any summer's story tell,
Or from their proud lap pluck them where they grew:
Nor did I wonder at the lily's white,
Nor praise the deep vermilion in the rose;
They were but sweet, but figures of delight,
Drawn after you, you pattern of all those.
Yet seemed it winter still, and you away,
As with your shadow I with these did play.

Who is more "Classic" than Shakespeare?

Some people I've worked alongside when studying Shakespeare, preferred to overlook or ignore his poetic talent. When attempting to converse with certain academics about his works, it is as if they have blinders on, believing him to only be a playwright by trade. Not only are his plays steeped in poetics, but when writing poetry he set the standard for sonnet craft. He never deviated from that challenge in form, and when it comes to imagery and word choice he always delivered the goods. It is my opinion that he is one of the most talented poets to have ever lived.

William Shakespeare (baptised 26 April 1564; died 23 April 1616)[nb 1] was an English poet and playwright, widely regarded as the greatest writer in the English language and the world's pre-eminent dramatist.[1] He is often called England's national poet and the "Bard of Avon".[2][nb 2] His surviving works, including some collaborations, consist of about 38 plays,[nb 3] 154 sonnets, two long narrative poems, and several other poems. His plays have been translated into every major living language and are performed more often than those of any other playwright.[3]

Shakespeare was born and raised in Stratford-upon-Avon. At the age of 18, he married Anne Hathaway, with whom he had three children: Susanna, and twins Hamnet and Judith. Between 1585 and 1592, he began a successful career in London as an actor, writer, and part owner of a playing company called the Lord Chamberlain's Men, later known as the King's Men. He appears to have retired to Stratford around 1613, where he died three years later. Few records of Shakespeare's private life survive, and there has been considerable speculation about such matters as his physical appearance, sexuality, religious beliefs, and whether the works attributed to him were written by others...[4]


It's not enough to give the bare-bones biography of Shakespeare's life. There is just so much speculation about him. Did he even exist? "Is he really Shakespeare or was he Francis Bacon?", "Was his intent to dedicate his works to a man or a woman?", "What is the point of reading his sonnets if we cannot make sense of them or him?"

As poets we should know the plethora of reasons!

I chose to post this Sonnet, because it is lesser known. His most famous being Shall I compare thee to a summer's day? (Sonnet 18), and My mistress' eyes are nothing like the sun(Sonnet 130). A few of the things that interest me about this sonnet are the personification of April as male (and what means socially and culturally of Shakespeare's day), the interesting word choices (keeping in mind that this sonnet was written at a time when the Modern English language was still in it's infancy),and the lovely color imagery throughout. The emotions in this sonnet are palpable, and there is a sadness that lingers at the finish. I adore this piece.