(and the Penguin Café Orchestra)

this time when
there's no shouting
no brokenness
or deaf doors

only that love
that sings
over & over
& over again
perfection, is it? 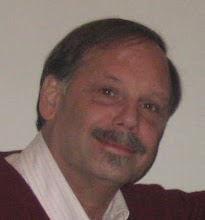 Rob, who now lives and works in China, recently had a homesick response to a haiku of mine about hearing magpies. Knowing that he was American-born and didn’t come to live in Australia until his late teens, I asked him, ‘So Australia is home? Or would the mention of, say, a cardinal do it for you too?’ He replied:

So, a total of only about 12 years in the States.

When I imagine any bird I see one of our Australian ones, the strangest and loveliest in the world.

I first knew him as a young poet in Melbourne, when he and our mutual friend Nick Coleman shared a back-to-back poetry chapbook ‘A Moonbeam’s Metamorphosis / Parachuting Man’. (Rob was the Parachuter.) I lost touch with Nick over the years, but Rob recently found me on facebook and we’ve enjoyed swapping our new poems with each other ever since.

We like and respect each other’s work but we are very different poets. The fact is, I wish I could have written the above, but it seems unlikely.

His poetry is full of mystery, often dreamlike and slightly surreal, as he blends the outer and inner worlds. I know that musicality is what he most strives for; I would think mood a close second. I find his worldview melancholy as a rule, even bleak. This may be understood by his mention, below, of wabi and sabi. The poetry is always intriguing and beautiful, and often haunting — which, in the context of that aesthetic, is to be expected; but, to my Western mind, it makes for an interesting tension.

The piece I have chosen manages to transcend melancholy, asserting as it does the predominance of love. I asked him if there was anything he’d like people to know about it, such as the background, or an explanation of the subtitle. He said:

The title "Robbie and Sabine" refers to the two Japanese aesthetics of wabi and sabi, which are both present in it.

The middle stanza is actually the long title of a piece of music I love by the Penguin Cafe Orchestra, hence the hat-tip.

As for more background, well, let's see...I worked for years in the bush...the memories of which I always feel close to in my imagination.

Rob has self-published two books of poetry while living in China, but they and the earlier volume are now out of print. These days his poetry can be read on his blog, The Tao That Can Be Named, where he also features work he likes by other poets.

Email ThisBlogThis!Share to TwitterShare to FacebookShare to Pinterest
Labels: I Wish I'd Written This, Rob Shackne