At The Edge Of The Body
By Erica Jong

At the edge of the body
there is said to be
a flaming halo-
yellow, red, blue
or pure white,
taking its color
from the state
of the soul.

But in dreams
we see it,
& sometimes even waking.
If the spirit is a bride
about to be married to God,
this is her veil.

Do I believe it?
Do I squint
& regard the perimeter
of my lover's body,
searching for some sign
that his soul
is about to ignite
the sky?

Without squinting,
I almost see it.
An angry red aura
changing to white,
the color of peace.

I gaze at the place where he turns into air
& the flames of his skin
combine
with the flames of the sky,
proving
the existence
of both. 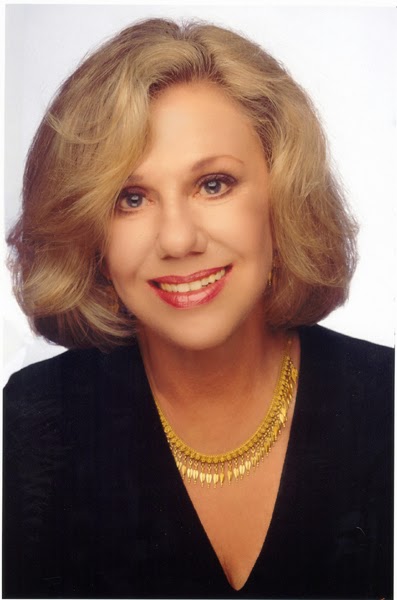 It had to be Erica Jong today, as she's just had her 72nd birthday. (Yes, this is a much younger photo!)  She's even better known, of course, as a feminist novelist, starting with her 1973 best-seller, Fear of Flying.  That was considered very daring, even groundbreaking, in its day, for its approach to female sexuality. She coined the term, "the zipless fuck," which became an immediate catch-phrase.

She went on to write a number of other works of fiction and non-fiction, but she was first a poet and has continued to publish volumes of poetry too. Her books are listed in the Wikipedia article at the link on her name, above, and on her own website. You can also find them at her Amazon pages, along with a concise literary biography of her life and work. And her poems are on the trusty PoemHunter site.

Her early poetry was also ground-breaking. It included such domestic topics as preparing food, which had not previously been considered sufficiently exalted to be the subject of poetry; and it often did so in plain, direct language. They could be deceptively simple; some were quite fanciful and startling when read closely.

The poem I've chosen, the title poem of her 1979 poetry book, is more overtly fanciful. The language is still very direct, but not exactly plain. Above all, I love the images she creates. At the same time, Jong's poetry can be subtly disturbing, and this one is no exception. (What is that "angry red aura" about?) An intellectual aspect to her writing is also typical — as in the closing lines here. And with what apparent effortlessness she creates such beautiful poetry!

And a P.S. — for those who were eagerly awaiting Leigh Spencer's book, Tequila and Cookies, it's out! Here's the Amazon link (and you can get it at Amazon UK too).

Email ThisBlogThis!Share to TwitterShare to FacebookShare to Pinterest
Labels: Erica Jong, I Wish I'd Written This, Leigh Spencer