Winter is Coming
By Mark Salo

My aged mother
Struggles to stand
Now erect,
She smiles
Wit and grace
Still in her possession
She looks directly
Death is not her enemy

Winter is Coming was written for Mark's parents while they were still alive, and he later read it as part of the eulogy for his mother.
Yes, I certainly did! And I immediately wanted to feature him here.

He not only agreed — after looking at the things I like to include in these posts by way of human interest, he kindly supplied me with the following photo and biography: 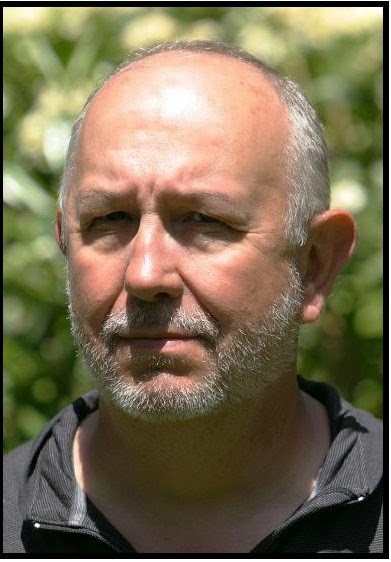 'Mark Salo was born in northern Minnesota and spent his early years living adjacent to the White Earth Indian Reservation (Ojibwa) where his mother was a teacher and his father a woodsman.  Mark went to a rural one room elementary school with sixteen students wherein his mother was the teacher and two siblings were classmates. He went to high school in Hibbing, Minnesota and joined the U.S. Marine Corp at age 18.

'Mark spent his professional career as an advocate for women's health care and has lived in Washington State and San Diego, California in that capacity.  He is an alumni of the University of Washington in Seattle.

'In 2005, Salo retired to Queensland with his wife Dixie where they live with their daughter, her husband and two young granddaughters.

'Salo comes from a family of writers where poetry, letter writing and family essays are a way of communicating love, history and personal regard.  His maternal grandmother started it all.  She was a feminist, a teacher and a poet who once said that she would rather be caught stealing a pig than mispronouncing a word.

'Before settling down professionally, Salo worked as tradesman, airplane builder, tile setter and woodsman.  Before retiring he taught a course for several years at the University of California Extension on Roles, Responsibilities and Relationship in not-for-profit organizations.

'In his private capacity, Mark is a poet, essayist, luthier (guitar maker), American Civil War student, family genealogist/historian and a lover of old cars.   Most recently, Mark has settled into working with wood as an art form.'

What a full and creative life!

Unfortunately I can't point you to books he has published or blogs he has created — because he hasn't.  This is what he told me about that:

'As for being published, I have had dozens of commentaries and guest editorials published in newspapers over the years but it is not in my nature to keep them.  My poetry is something I share with friends and family and I do not send my writing to publications.  Some of it gets around and I am asked to read poetry by friends who like what I write. What makes me feel good is that there are a few people who have a file drawer full of my essays and poetry...good enough for me.'

I wish some of those family members would persuade him to collect the poems into a book!

Meanwhile, I can share another piece with you here — brief but lovely. He describes it as,

'a poem that I wrote before the death of my parents who died at 90 and 92. They were in love for the duration. I started writing a long poem but stopped at four lines. They framed it and put it on their living room wall.' 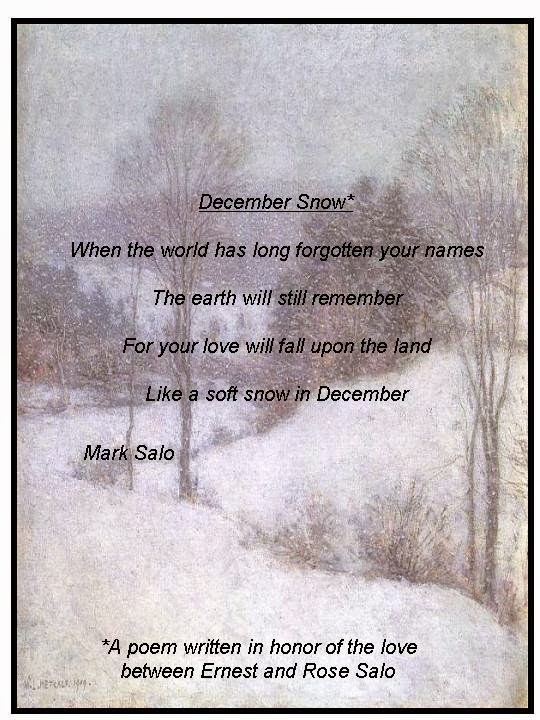 Email ThisBlogThis!Share to TwitterShare to FacebookShare to Pinterest
Labels: I Wish I'd Written This, Mark Salo