Gone, I say and walk from church,
refusing the stiff procession to the grave,
letting the dead ride alone in the hearse.
It is June.  I am tired of being brave.

We drive to the Cape.  I cultivate
myself where the sun gutters from the sky,
where the sea swings in like an iron gate
and we touch.  In another country people die.

My darling, the wind falls in like stones
from the whitehearted water and when we touch
we enter touch entirely.  No one’s alone.
Men kill for this, or for as much.

And what of the dead?  They lie without shoes
in the stone boats.  They are more like stone
than the sea would be if it stopped.  They refuse
to be blessed, throat, eye and knucklebone.

As I write, it's the night of Halloween in Australia, a few hours ahead of places in the Northern Hemisphere. Aussies, especially the kids, have borrowed it from America. I've already given out lollies to trick-or-treaters and admired costumes, including an impressive skeleton.

Halloween is based on Samhain, the time when Pagans believe the veil between the worlds is thin, and the dead revisit us. It is a time to honour our ancestors. The children who come knocking don't know this. Nor do they know it's a seasonal festival, and that this is the wrong time of year for it here.

In the Southern Hemisphere this is really the time of Beltane, a festival celebrating the sexual union of male and female. 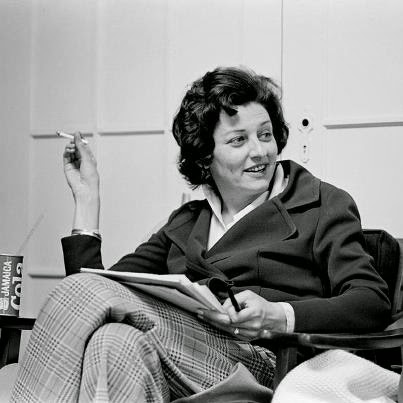 This poem by Anne Sexton speaks of both — the deaths and funerals of her parents, and the lovers' world of touch.

Sexton's struggles with mental illness and her eventual suicide are well-known. I won't reiterate them here. The Wikipedia article (link on her name, above) gives you the basics.  She is a very recent poetic 'ancestor', having died in 1974, but deserves that status as one of a handful of  'confessional' poets who permanently changed the way poetry was written and viewed, making the deeply personal their subject matter in ways that were previously considered tasteless and unsuitable. Today most of us write more or less confessionally.

Sexton remains one of the most famous of the early confessional poets. Many people find her poetry, particularly the later work, strange and disturbing. Many others find it brilliant and beautiful.

I don't know when this one was written, but it seems to me to have a flavour of her earlier works.  It doesn't sound mad, just sad and heavy. It's also beautiful, with a formal music. I copied it into a poetry scrapbook by hand when I was in my early twenties and knew nothing about the poet, but fell in love with the poem for its beauty of language.

There are books by and about her at Amazon. Her poems can be found at PoemHunter, and there is a discussion of her poetics at The Poetry Foundation.

When subject to copyright, poems and photos used in ‘The Living Dead’ remain the property of the copyright holders.