POEM OF THE WEEK ~ BY ANNA GRAMME :o]

Recently, I read a poem  that speaks truth so truly, I knew I needed to feature it by itself, the better for us to absorb its message. It was penned by Anna, who writes at hyperCRYPTical, and addresses some of the violence and inhumanity going on in the world today. It is hard to know these things, and yet we must. If others can live this trauma, we must bear witness, and speak up where we can to oppose it. Let's take a look. 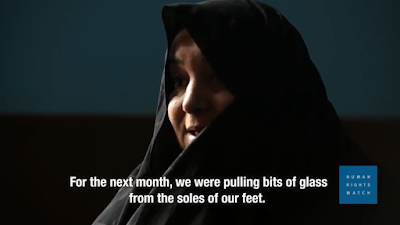 I was not there
when on his quick road to hell
he detonated the bomb,
death strapped to his chest
like a medal for martyrs.

I was not there
when you offered prayers at the mosque,
did not hear the explosion,
did not sink into blackness,
did not wake to the horror,
did not see as you tried
to piece your children’s bodies together,
did not see you searching for limbs,
little body parts scattered
as if confetti of war.

I was not there;
your screams passed without hearing,
your pain without feeling,
I just didn’t know.

I was not there but have read of you,
now know of your story,
know your grief is enormous,
know you sink into sadness,
know you can’t afford surgery,
know that poverty steals you,
know you still pick glass from the soles of your feet.

I was not there but have read of you,
I am moved by your story.
I think of you, feel for you,
picture the horror in my mind.

The terrible truth is that although moved,
soon I will unconsciously filter you out.
My thoughts will become full of a new outrage,
a new disaster or petty things,
little petty things that don’t matter at all.

This is the scheme of things;
this is how we operate – to stay sane,
to not be constantly afraid… to have hope…
to deal with the next day and whatever it brings.

I wish you had this choice. 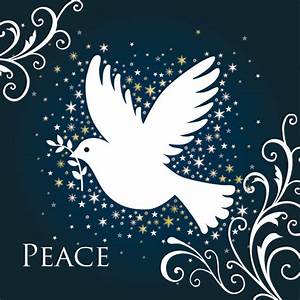 
Sherry: I wish she had that choice, too, Anna. Thank you for writing this poem, sharing her story and moving our hearts. Telling Sima's story puts a human face on Afghanistan's suffering. Statistics on the evening news, and the endless array of suffering, can overwhelm us. Sima's story hits the heart.

Anna: Thank you so much for featuring my poem as poem of the week – I am honoured by your request.

Early last month I read Sima’s story at Human Rights Watch (https://www.hrw.org/news/2018/05/08/no-one-should-see-such-day) and it really got to me.  I think it had such an impact as I was reading it, absorbing it, and it was not some brief ‘feature’ on a news broadcast.  It was also Sima’s personal story that continued into her todays, her tomorrows, and of how it had affected her life, her family, and those around her.

I could also not forget the body parts she mentioned, and although her daughters were safe, realised that some of those body parts would be of children, and how utterly devastating that must have been for other mothers there, at the mosque, in the whole horror of that cruel event.

I do not want to forget her and others like her, so I decided to put my thoughts to paper, and it was something I would  keep returning to, it was unfinished.  Last week I visited Poets United to scroll back to find out what the Midweek Motif was and saw Susan’s prompt and everything fell into place.  I realised I was attempting to portray Sima’s truth, and also attempting to hang on to her story, for the awful truth was that soon I would forget Sima, and I don’t want that, but in truth know I will…

Sherry: I am so glad you completed the poem. I know it will stay with me, as well. Sifting through body parts - no human being should ever have such a moment.  This is a truth that needs telling, far and wide. Truly, war is incomprehensible to anyone who loves life.

Thank you so much for this very important poem, Anna. I think Human Rights Watch - and Sima herself - would appreciate reading it and knowing that you care.

Well, my friends, a difficult topic, not an easy read. But Truth, a truth we need to know. Do come back and see who we talk to next. Who knows? It might be you! Kep writing your poems. We'll keep featuring them!

Email ThisBlogThis!Share to TwitterShare to FacebookShare to Pinterest
Labels: Anna Gramme, Past Poems of the Week