Poems of the Week: On Love, Loss and Gifts by Ayala and Karin

Recently Ayala Zarfjian, at A Sun-Kissed Life, and Karin Gustafson, of   Manicddaily, wrote poems that I thought would go well together, speaking to the losses life brings us as our dear ones grow older, as well as the gifts they have brought to our lives. Let's dive in. 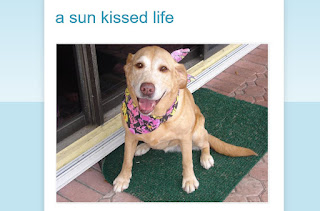 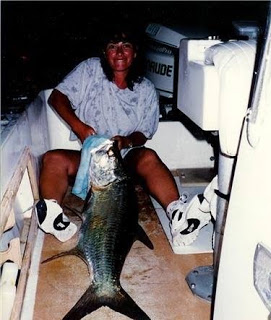 My prized Tarpon catch
(It was catch and release)

The stars followed you.
The sun kissed your lips.
The wind embraced you,
and the tides listened to you weep.
You lived the mysteries of life
with sacred awe,
to the drops of happiness and sorrow.
The words are constricted
in my heart.
We laughed and
we wept
by your bedside,
as you floated
through two worlds.
We reminisced of days
with life.
The life that wakes you up
and shakes you up
as you feel it in your marrow.
Days of endless ocean,
sea life,
love and pain.
Days when your lion heart
was wild with wonder,
fierce with quest.
You loved,
you lived,
your chalice always full,
your roar loud,
your brave heart gentle. 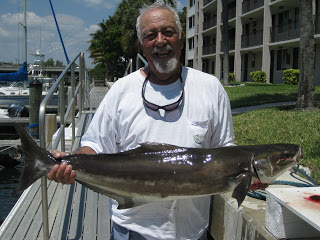 Ayala: On Monday, June 11, my father in law passed away. He was a man that lived his life fully and a man that was loved by many. I loved him and I will miss him dearly. I pray that he finds the peace that he wished for.

Sherry: Oh, Ayala, he looks and sounds like such a beautiful man, who lived his life fully, and with wonder. What a beautiful tribute this is to his spirit, so full of life. Gone too soon.

Around this time, Karin wrote a very moving poem about her father, suffering with Parkinson's. Let's take a look. 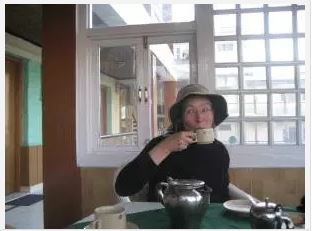 My brain, see, now has to consciously
tell my feet to move.
I mean, he tries a laugh, your brain
always tells your feet to move
on some level, but now
I have to remind them how.

I do see what he means soon enough, as
my father, the opener of all
that needs to be opened, the keeper
of all that needs to be kept safe, targets a key towards a door
as one might aim a dart,
his forearm moving back and forth as if to throw it,
though he pushes–here–here–trying spots about the knob
as one might poke a needle into fabric
backing a button, pricking one’s way to its eyes,
or as one might thread the eye
of the needle itself, poignantly.

But the disease progresses, as territorial
as Genghis Khan, and soon all
the buttons in his world are blocked, refuse
to be battened, will not be pushed,
until finally, his own eyes seem locked
behind the placket of stiff lids.

I see the strain of forehead, the
conscious manipulation of muscle, nerve,
above his pushed chest, until at last
the marled blue of his pupils targets
our own. I love you, he says, the opener
of all that needs to be opened, the keeper
of all things safe.

Sherry: This poem is so touching, Karin, "the keeper of all things safe", facing such challenges. You have written him so we can see him, and admire his attempt at humour, his perseverance. His "I love you" - "the opener of all that needs to be opened", is just so moving. What a wonderful man!

Karin: Thanks so much for re-posting my poems.  I really appreciate your openness to them.

“Parkinson’s (Father)” is an older poem that is, quite simply, about my father, who suffered from Parkinson’s Disease.  It’s a rather self-explanatory poem; I had a wonderful dad.

Sherry: Indeed you did! You wrote on the theme of loss so beautifully in another recent poem. Let's take a look:

I went out to an evening porch
because a bur bit at my heart.
I could not tell if it was you
or your loss that stung so smart.
The crickets rubbed a murmur synched
to a wholeness I could barely hear;
my forehead had to listen hard
harder even than my ears.
The breeze that rose from somewhere North
felt a bit like fingertips;
you too were raised in a place of cold
but rarely touched my face, my lips.
And yet this sweep of ending day
whose deep’s deep blue except where green
speaks to me of you, of you,
and means what I would have it mean:
that you loved me and I loved back,
that foreheads can be made to hear
(as now beneath the crickets’ arc
the stream’s rush cushions far and near)
so that on the planks I walk
beside a door that leads to light,
beside that blue that you’re blurred in,
I find a seat that bears with night


and try to write there till it’s dark,
write there even in the dark,
letters that feel their way along
this burdened page, unburred heart.


Sherry: This is such a beautiful poem, Karin. Let's follow these poems with the note of hope and new life in your poem "The Grass Said To Me." Let's take a peek: 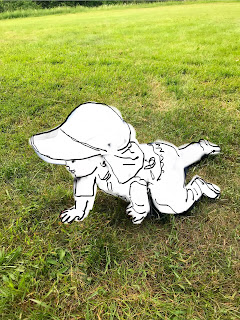 THE GRASS SAID TO ME ( As I Thought of Whitman)

The grass said to me
”what is a child?”
I did not know how to answer the grass for I do not speak
in shush or spring-back
or any of the many tongues
of green.
I do not feel that I know
how to regroup,
or how to take a death at my roots
and smile it almost equally
into sun and rain–
But this much I do know:
that when a child crawls across me and grass alike,
we all three
grow more alive.
What grounds us cups us gently (even as
laughs tumble)
while what lies beneath that ground strains hard to listen,
and does, in fact, hear,
for the cup that holds us fits too
about its dark grained ear,
oh yes.

Sherry: I so love the idea of speaking in "the many tongues of green"! There is such life and affirmation in this poem.

Karin: “The Grass Said to Me (as I thought of Whitman)” is an homage to one of my favorite passages from Walt Whitman, who is also one of my favorite poets.  The lines it relates to a part of “Song of Myself,” in which Whitman asks, through the voice of a child, “what is the grass?” and goes on to describe it in both very physical and metaphoric terms, moving to speak about the grass both as a remembrancer of the lord and also the dead. Whitman, who titled his collected poems, as “Leaves of Grass,” obviously had a fairly complex relationship with grass. I was taught by a professor in college (a long long time ago, so I may not have this right) that his use of grass partly stemmed from the passage from Isaiah in the Bible, which talks of flesh as grass. I think Whitman’s grass was also profoundly affected by his knowledge of the many grassy battlefields of the Civil War.


My poem responds to only a part of Whitman’s passage, the child fetching the grass up in both hands, asking about it.  Here, I imagine the grass’s point of view--what is the child?  (I am also responding to time spent with a little grandson, crawling about the grass!)

At any rate, I’m glad you like the poem!

Sherry: I do indeed love it. And I can see that small grandchild crawling on the grass. So lovely. Life, continuing on.

I understand you have a new book out, about the death of your mother, titled "Momoir, Maybe. That is a clever title. Tell us a bit about it, won't you? 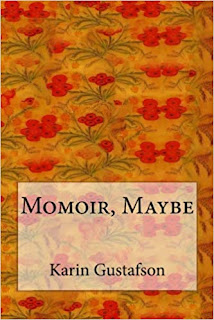 Karin: Momoir, Maybe is a memoir of my mother, essentially, written in short snippets shortly after her death. It is a memoir of a mother told in micro fiction and fact; an A-Z of grief, love, and aging.

It is available at Amazon here.

Sherry: It is wonderful you wrote about your mother, and your loss. That is my favourite type of memoir. Congratulations on its publication!

Thank you, Ayala and Karin, for your wonderful poems, which celebrate life and love so well.

We hope you take something away with you today about the gifts that come with living and loving. Do come back and see who we talk to next. Who knows? It might be you!

Email ThisBlogThis!Share to TwitterShare to FacebookShare to Pinterest
Labels: Ayala Zarfjian, Karin Gustafson, Past Poems of the Week