I am so pleased, today, to feature a long-time member of Poets United,  MAGICAL MYSTICAL TEACHER ~ Tales From Here and There. I have asked MMT a few times if we might feature her, as she has linked so faithfully with us for so many years. When I told her I was leaving instructions for my successor, after my death, to continue asking, she threw in the towel and agreed to be featured. Smiles. She made my WEEK. Let's not waste another minute!

Sherry: I am so happy we are doing this!  I know from your site that you are special education teacher, that you write wonderfully, and that you take beautiful photos of the desert in Arizona, Southern California and Mexico. So I assume you live in that general area of the United States. Is there anything else you’d like us to know about you?

MMT: Actually, I’m a native of the Midwest. I was born in Kansas, and have lived in a dozen different states. You might say I have itchy feet! That’s what my dad, a Methodist minister for most of his life, always said of himself. When I was a child, the bishop of the church moved our family about every two years. Twenty years is the longest I’ve ever lived in one state: Pennsylvania. But I am so “over” snow that the Southwest, where it rarely snows, is much more to my liking. 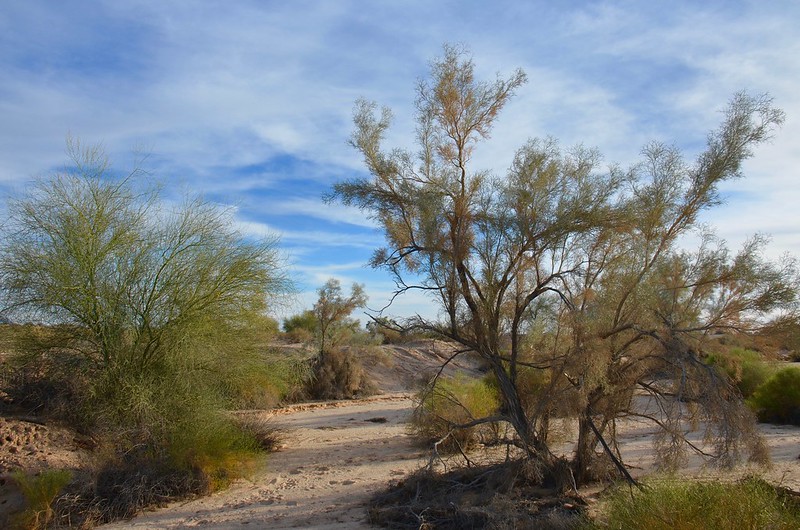 Sherry: What is most rewarding about your work as a special education teacher?

MMT: The most rewarding thing now is that I’m retired! I had hoped to teach one more year, but at the end of the 2017-18 school year, the position that I was offered was so abhorrent to me that I refused to sign the contract. I still keep in touch with a few of my former students, and two of them have invited me to their wedding. 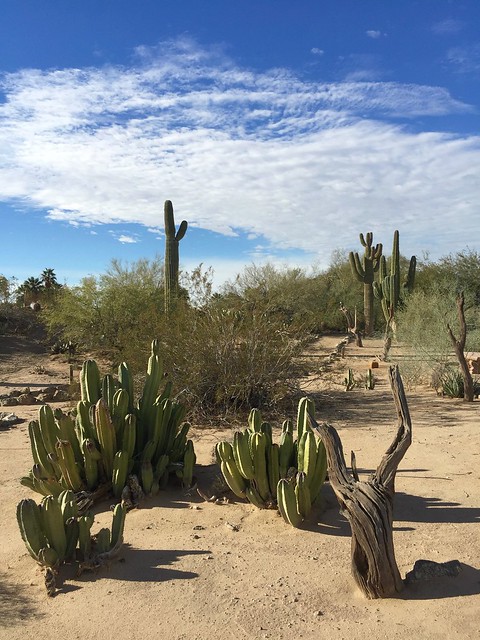 Sherry: That is so nice. Retirement rocks! You'll love it. When did you begin writing poetry? What do you love about it?

MMT: I wrote poetry in childhood, and I wish that some of those early attempts had survived our family’s many moves. I wrote poetry sporadically as a young adult. Then the floodgates opened when my father died eleven years ago. I had to find a way to cope with his death, so I established a daily regimen of writing haiku. Why haiku? Because in my grief, short poems were all I could manage. And haiku has proved to be a lifeline for me. Wherever I am, I write.

Sherry: Grief very often does open the floodgates. We poets are fortunate to have that outlet, for the intense emotions that follow such a loss. Haiku are amazing, as they can offer a world of imagery and emotion in so few syllables. It takes great skill, I think, to write them properly.

I was blown away by your response to Magaly's first prose prompt: the piece you wrote about your father.  It was incredibly moving. Have you always written prose as well as poetry? Which is your first love? You are very good at both.

MMT: First love? Words, however they come! I do write mostly poetry, but once in a while only prose will do. I have a young adult novel in progress that I have really enjoyed working on. One of the characters is Enzo the gardener. He is being held captive by a dragon, and he is in despair:

Enzo put his head in his hands and began to weep softly. He knew he would never see his beloved garden again. Weeds would overtake the flowerbeds, vines would strangle the fig trees, and where peaches and plums and apples and pears once flourished, brambles would gain a thorny foothold. Gardens and orchards need tending, or they run wild. The Garden in the sacred place was no exception. Without a gardener—without Enzo—the Garden would become an untamed jungle.

Want to read more? I’ll let you know when the book is in print! 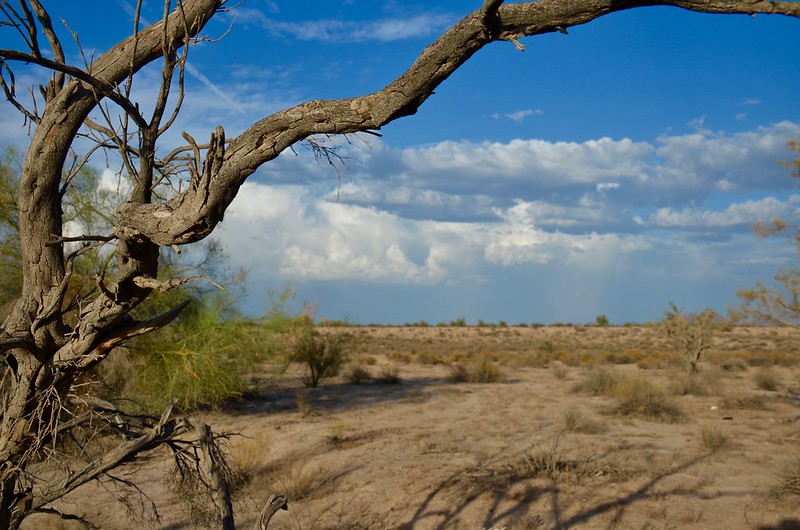 Sherry: Well, we can't wait for that! How wonderful!

Are there three poems you would like to share with us? And tell us a little about each?

MMT: I’m a firm believer in NOT dissecting poems, so my motto is what the American poet Archibald MacLeish says in “Ars Poetica”: “A poem should not mean/But be.” Wherever you go in the Sonoran Desert, you’ll encounter doves, so I write about them a lot. Here are three haiku about doves, and without commentaries. Readers can make of them what they will:

Winter afternoon—
a dove lays down her last song
on a dusty path.

Summer afternoon—
a dove on a barren branch
repeats the same note.

Summer afternoon—
into the long emptiness
a mourning dove calls.

Sherry: So beautiful. Mourning doves make their way into my poems, too. What other activities do you enjoy when you aren’t writing? 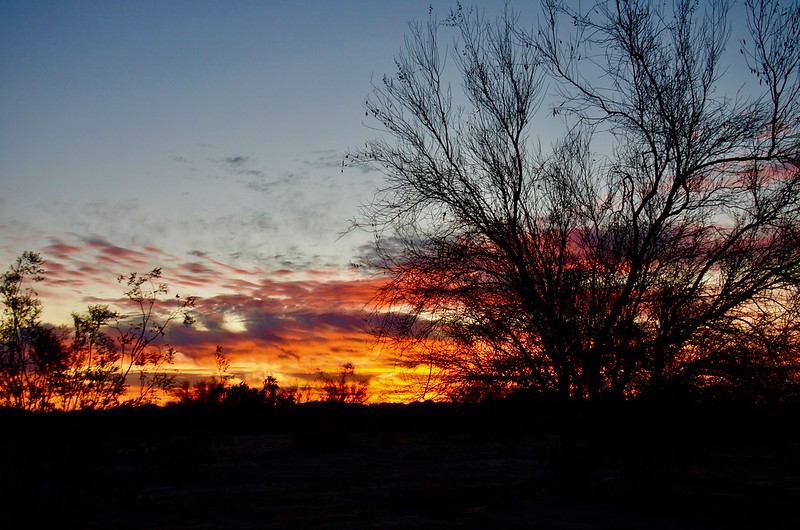 MMT: Well, if you’ve seen the photographs in my blog, you know that I often walk through the desert with my camera in hand. I’m also a voracious reader, especially of murder mysteries. And now that I no longer have lesson plans to prepare, I’m getting back into gardening.

Sherry: I love your photos! You have been a faithful poster at Poets United for many years and we so appreciate your loyalty. We’re so happy you are here among us.  Is there anything you’d like to say to Poets United?

MMT: Every once in a while I’m like Enzo the gardener—despairing, because of the horrible state of politics in the United States, and because of wars, racism, global warming, and a hundred other horrors.

But I keep picking up my pen or tapping on my keyboard, comforted by the thought (and I trust it’s not a false comfort) that poetry—and art of all kinds—will be the salvation of the world. Even a poor poem can somehow prompt readers into new insights about themselves and the world in which they live. Even a child’s crayon drawing on a refrigerator has the power to uplift, inspire, and restore hope to those who are in despair. Your poems matter. Keep writing.

Sherry: They do matter. Thank you, MMT, for this wonderful visit, your beautiful poems and photographs, and for your wise words. And thanks for keeping on coming back to Poets United.

Well, my friends, wasn't this a delight? Do come back and see who we talk to next. Who knows? It might be you!

Email ThisBlogThis!Share to TwitterShare to FacebookShare to Pinterest
Labels: Magical Mystery Teacher, MMT, Past Poetry Blogs of the Week