THE POET KEEPS A JAR OF COMMAS ON HIS DESK. THEY
look like the sheared ears of voles and are as soft as apricots.
Late at night, blindfolded, he loves to take them out and play
pin-the-tail on the donkey while his wife and children are fast
asleep. He plays his sentences like fish in a stream, tickling for
trout with curled fingers. Commas are hearing buds he places
deep inside his ears. After sprinkling them liberally, he waits
for the first sprouts to unfurl. In summer, on hot, dry days, he
strings them on the washing line between the tree in the ear
and the shelter built out of longing. Get close enough and you
can see the little hairs quivering. 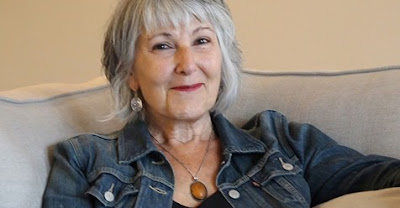 Wow. I love this whimsical prose poem by Victoria poet Eve Joseph so much! I have featured this poet before in this column, but I wanted to showcase her again, as Eve was recently awarded the Griffin Prize of $65,000, for her 84-page book of prose poems, Quarrels. The Griffin is considered the world’s largest prize for a first-edition single collection of poetry. Congratulations, Eve! 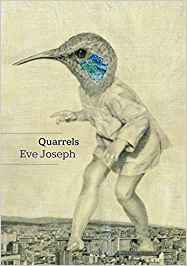 510 poetry collections from 32 countries, including 37 translations competed for the prize. Our Vancouver Island poet did well; she topped the field. We are very proud of her! 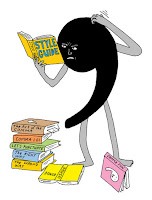 I love the whimsy of a poet keeping commas in a jar on his or her desk. I admire the way her imagery makes us almost feel those soft vole-like ears, and the playing of the sentences, "like fish darting in a stream". Lovely. This entire small book offers page after page of such delightful poems.

Eve won the 2015 Hubert Evans Non-Fiction Prize for her book titled In the Slender Margin, about her years spent working in hospice, a deeply satisfying read, which I have enjoyed more than once.

Eve has two other books of poetry, The Startled Heart and The Secret Signature of Things.  Both were nominated for the Dorothy Livesay award.