I think of you this morning when a dove
hurtles into the window. Brief image

of himself as other before he crumples
against glass that looks like open sky.

An unhinging of wings. Invisible
shattering. Pearly drift of feathers

across the patio. Two doves flutter
back and forth in constant cortege

while he patiently attends his dying.
His cries, camouflaged so softly.

This sad and beautiful poem is from a slim book titled The Unhinging of Wings, which Vancouver Island poet Margo Button wrote about her beloved son Randall Button. Randall slipped into schizophrenia at twenty, though he wasn't diagnosed until much later. He ultimately committed suicide at 26, a devastating blow to a mother's heart.

Each poem in this beautiful volume speaks of his mother’s grief as she watched her son slipping away, and of her ultimate grievous loss. Her heartbreak is written so beautifully, as only a poet can do.

Online, I found this quote from the poet: “What happened to Randall is that his wings came off…He never had a chance to fulfil his life. For me and my family, it was as if we had come apart too.”*

Here is the last poem in the volume:

I come home in spring – the bitter season
of your dying. The last trace
of winter’s ordeal – a residue of salt
on the window, deadfall on the lawn.

On this point of land where you carved out
your pain, the pregnant earth
is longing again. You have slipped from me

through holy doors – your embrace
less fierce now. A slack tide lingers wistfully
in the cove, expectant like still morning.

In lacunas of time, I look for your radiance
in the haloes of clouds. I listen
for your voice in the towhee’s song. 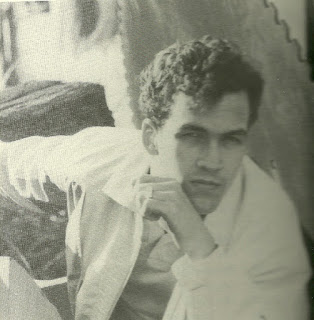 So beautiful. So sad. Yet with the hint of the radiance of a spirit released into peacefulness at last. As I, too, have a brilliant son who was stricken with schizophrenia at seventeen, this volume is especially dear to me. I have read the poems many times through the years, the words of a mother who has walked a similar path to mine, though I am fortunate in that my son, while suffering, is still alive.

Margo Button won the Dorothy Livesay Prize for Poetry for The Unhinging of Wings. It was followed by The Shadows Fall Behind, which explores her anger at her son’s death, and the journey to some semblance of equilibrium when she adopted a South American child.

She has two other books, Heron Cliff and The Elder’s Palace.

The poet is a former high school teacher, who taught French and Spanish in Hong Kong, Chile, Lebanon and Canada. She lives in Nanoose Bay, on Vancouver Island, and in Peurto Vallarta, Mexico.