Life of a Poet ~ Ron. Lavalette

Today we are zooming cross-country to Vermont, to chat with Ron. Lavalette, who blogs at  Scrambled, Not Fried, and Eggs Over Tokyo. I detect a theme here. It almost begs for another blog titled Eggs Over Easy. Smiles. Let's dive in!

Sherry: One thing that is obvious, looking around your blog, is that you have a wicked sense of humour. I love it! How did you come up with the names of your blogs?

Ron.: “Sense of humor,” eh? Harumph. (Just kidding). Eggs Over Tokyo was the name of a rock band I hung out with waaaay back in High School in the late ‘60s.  I say “hung out” because they only occasionally invited me up on stage, and then only to sing back-up.

Much, much later (2010) I decided to participate in my 1st National Poetry Writing Month (NaPoWriMo), so I inaugurated Scrambled, Not Fried for that purpose. The title maintains the Egg theme, and also describes the author. 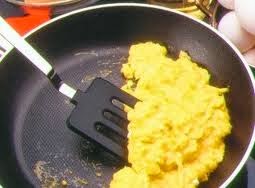 Sherry: LOL. Awesome!  You write both poetry and prose. Which is your first love? What do you love about poetry, and what made you choose it as your means of creative expression?

Once you’re in love with words, it doesn’t really matter if they’re prose or poetry, does it? As long as it’s well done. And it means something. And it sounds good.

Sherry: I agree. When did you begin writing, Ron? Is there a story about it? Looking back, is there someone you feel had a significant influence in your becoming a writer?

Ron.: I’m sure there is earlier evidence, but I guess I consider that I started considering myself to be a “writer” when I started serious journal-keeping early in the 90’s (ie the 1990s, not my 90s; I’m not quite there yet). I think that, like many journal-keepers, mine started out more in a “diary” style, but very quickly moved toward more creative entries. Mostly prose, of course, but I’ve found that lots of my prose springboards me into verse, so…

As to who encouraged me to pursue writing, I have to say I guess I’m kind of a self-starter, but only because until I got serious about it, I’d never really been in contact with very many other literary-minded folks.

Sherry: Tell us a bit about yourself, won’t you? 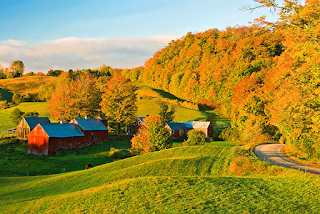 Ron.: I currently reside in Heaven, also referred to as The Northeast Kingdom section of Vermont, about 30 miles south of the Canadian border (just in case I have to make a hasty exit.)  I’ve been here for just under 3 decades, lured here by My Beloved Sandra, who seemed intent on rescuing me from myself and from the dead-endish jobs and relationships I was holding down back in my home state of Connecticut. 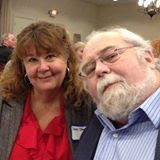 I’ve been retired for 3 years, after working for almost a dozen years as a High School (Special) Educator, a part-time (newspaper) stringer reporter, and a decade as a Service Coordinator in Vermont’s Mental Health Services. I tapered off by providing 3 years as a para-educator at a local elementary school, and then (BLAMMO!) retired.

Sherry: A hot dog, hopefully. LOL. Would you like to share two or three poems with us?

Ron.: If you check out my blog(s), you’ll see that I like to write about a wide variety of subjects, but even I can see that I keep coming back to recording my life-stage and how it’s affecting me. I find it easiest to do this by including observations about my immediate environment.  So I thought maybe I’d share 2 such poems:

“Crossing” was originally published in 2000, in the now-defunct New Works Review: 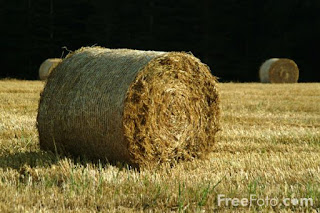 The river sings of its rocks, mirrors
emerald and jade where summer
shadows attempt to outrun
sundown. I intrude, I presume,

I stand near the middle. The second cut
of hay is on the banks, neatly ordered
in rows this time of year, golden,
measuring the march-step toward August.

I think about changes: the movement
of sand through narrow places, how
a ripple diminishes downstream,
how a sound sounds when it stops.

“Fallen Away” is the title piece for my chapbook (Oh! Did I mention my Chapbook, available at Finishing Line Press, Amazon, etc?).  It uses the same autobiographical scenery-gazing approach as “Crossing”, but 20 years later:

I don’t know when it happened;
I let it all fall away. I let it fall

on the long drive to work in the morning
in the sunlight, let it fall crossing

ridge after jaded ridge, fall
with the glimpse of an unlikely hawk

or a capture of crows, or the stacking
of cordwood, the season’s final frost,

fog on the hillside, or the flutter
of a yellow kite in a midsummer wind.

Like the stones of the dead, untended
in the long grass in the middle of June,

in the middle of nowhere I let it fall,
left it all behind and disappeared,

run away toward heaven, heard angels
whisper in the leaves, left the secret

Gone, now, the last of all the wasted words;
the effort, senseless, of upward struggle. 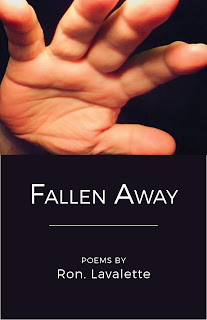 Sherry: Oh, wow! So beautiful. I especially love "Fallen Away". Such a sense of letting go of all the upward struggle and claiming peace, watching the river. I love it.

When did you start blogging? How has it impacted your work?

Ron.: I addressed this above, but let me just add this: I have a third (apparently almost secret) blog entitled “One Post Only”.  It’s linked in the sidebars of both Eggs Over Tokyo and Scrambled Not Fried. You should check it out. It’ll blow your mind!!

Sherry: I checked it out. And it did! Smiles. Do you have a favourite poet?

Ron.: Oh, please. Favorite? No can do. I’ll say this. Like many (most?) young folks, I had little interest in poetry… until one day in High School a student teacher arrived on his 1st day of teaching practice and accidently dropped several books out of his backpack onto my desk. I found myself holding a copy of Ginsberg’s HOWL in one hand and Ferlinghetti’s A Coney Island Of The Mind in the other. I thumbed through them briefly and knew, from that moment on, that I had to write poetry.

I’m an omnivore. I know what I don’t like when I read it, but I can’t imagine naming a favorite.
Sherry: You could not have stumbled upon better introductions to the world of poetry.

What activities might we find you enjoying when you aren’t writing?

Sherry: LOL. Is there anything you’d like to say to Poets United?

Ron.: I’m pretty sure that I used to hang out here at Poets United some time ago, but clearly drifted away at some point.  Don’t know when; can’t say why, but I’m glad I found my way back.  I’ve seen lots of the other poets at lots of other sites, but I’m definitely bookmarking Poets United again & I hope I can be a worthy member.

Sherry: We are glad you found your way back, Ron.

Ron.: I especially want to thank you, Sherry, for inviting me to be interviewed. It’s not an activity I’m used to, nor particularly comfortable with. I am simultaneously humbled and deeply honored Thanks again!

Sherry: It has been a pleasure, Ron. Thanks for saying yes!

We hope you enjoyed this visit, friends. These features are such a good way to get to know the poet behind the pen. I think we can agree this was a delightful glimpse. Do come back and see who we talk to next. Who knows? It might be you!

Email ThisBlogThis!Share to TwitterShare to FacebookShare to Pinterest
Labels: Ron. Lavalette, The Life of a Poet (Interviews)