Recently, my friends, a poem titled Bewitch the Oppressors, really spoke to me, with its ecologically urgent and environmentally aware message. Our own bright-eyed Susie Clevenger penned it, at her blog Confessions of a Laundry Goddess.
I nabbed it for a Poem of the Week, and then we decided it would be interesting to have one of our poet chats about it. Enjoy the poem and the animated short - which is beautiful - and then join us by the fire for our chat. 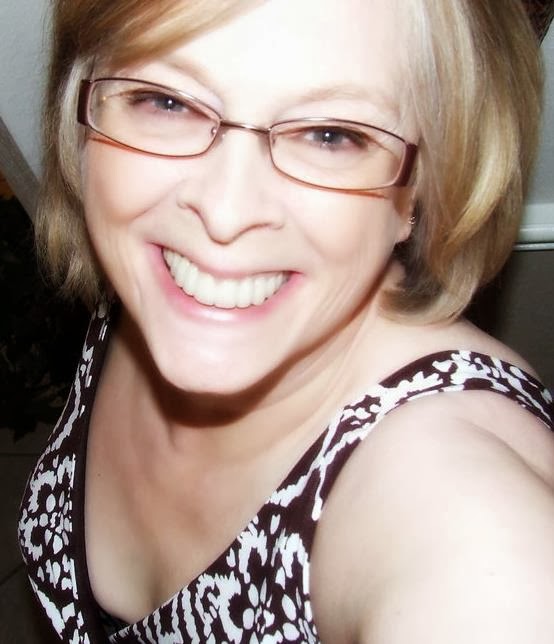 Luna, bewitch the oppressors
who drench the earth with poison


that stills the bees’ flight
and leaves the garden barren.

Morning has grown silent:
Luna, bewitch the oppressors
pouring death into the wind
to rob honeycombs of gold.

Wildflowers no longer
turn the meadow into a bouquet.
Luna, bewitch the oppressors
who plunder the queen’s kingdom.

Please restore hope of another spring,
another summer, poppies touched
by velvet wings humming the song of life.
Luna, bewitch the oppressors.

Sherry: Susie, I love this poem so much! And the beautiful video that accompanies it. Tell us what inspired it. 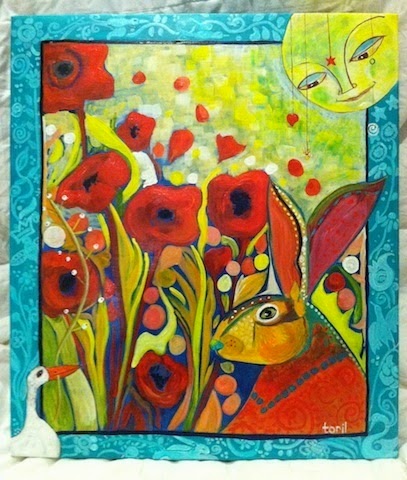 Susie: The poem, Bewitch The Oppressors, was originally sparked by the painting, Luna and Shaman Rabbit by Toril Fisher. Her paintings on the lids of abandoned bee hives are not only beautiful, but make a statement on how humans have lost their connection with nature.

Huge companies now control much of the farmland and production of farming.  Their practice of fertilizing with a 24d herbicide mixture containing 50% Agent Orange is senseless and, in my opinion, amounts to an act of war on all living things. This continued practice is causing the colony collapse of the European honey bee that pollinates many of the agricultural crops worldwide.

an act of war on all living things


Sherry: Agent Orange! I didn't know that is what they used, though I was aware of the decline in bees due to pesticides. This is really criminal. I can't believe it is allowed.

Susie: The word bewitch means to cast a spell on or gain control by magic. Throughout literature, the moon often is given the ability to bewitch. When I did some research I found information on moon planting, planting according to the lunar cycle. It is an ancient practice that is finding a contemporary resurgence. 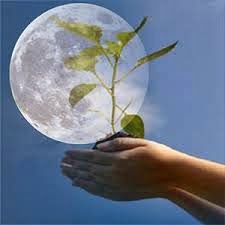 
Sherry: I have heard of that, too, and of communities such as Findhorn, in Scotland, where the gardens are magical, due to the humans working closely with, and listening to, the nature spirits. I am loving this conversation, Susie!

Susie: Nature is so much wiser than man and, upon seeing the rabbit Shaman in the painting, I thought how appropriate it was this creature of fertility would lift a prayer to the moon asking for humans to realize, if the bees die, so do they.

if the bees die, so do we

Sherry: Humans are taking such a long time to comprehend the magnitude of this truth.

Susie: When I was doing some research for the poem, I felt such grief. I question the sanity of humans, that would poison soil and kill the very thing that insures life is regenerated.

The lust for money blinds the soul, when it has no concern for the harm it perpetuates. I felt I needed to add my voice to the outcry at this atrocity. Thankfully,  I also found many who are working to educate and petition industry to be more responsible.

Poetry often draws attention to the world's condition. I find myself writing more often with that thought in mind.

Sherry: Thank you for being that voice, Susie! And for inspiring us to add ours to the conversation.

Kids, Susie has provided links to her interesting sources, for any of you who wish to learn more.

Many thanks, Susie, for this chat, and for your long-time loyalty to and participation at Poets United. And for your wonderful poetry, which graces our lives and adds depth to our days. Kids, I know you are aware that there are reams of wonderful poems to enjoy in Susie's archives. One could wander happily in there for hours.

Come back and see who we feature next, kids. Who knows? It might be you!