From behind the wire
By Sara Moss

I cannot swallow one wafer.

I do not fear hunger.

I do not fear death.

Though death chased us
from our homes and hunger
drove us on to the boats.

I fear another year without hope
locked in empty days and nights
of tortured dreaming.

I fear that I will never find
the life I still imagine
beyond the wire.

When will you lose interest
in the borders
of your own skin?

When will you hear me screaming
from the stitched wound
of my mouth?

When will you see me pleading
through your crown of thorns?

Sadly this is a very topical poem in Australia. I think people around the world are aware of the terrible conditions in our detention centres for asylum seekers, and the recent murder of one young man and injuries to others in an offshore centre. As I write this, still no-one has been charged over the death of Reza Barati. This poem was actually written earlier, after many desperate detainees sewed their lips together in protest. Unfortunately its message is by no means outdated yet. 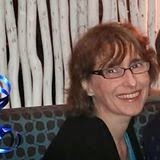 Sara Moss is an Australian poet and editor with a special interest in mixing poetry with other art forms. She has one published collection in print: A Deep Fear of Trains, from Interactive Publications, Brisbane, 2000. She is also the editor and co-producer, with her partner Shane Carter, of two digital poetry projects: Slam the Body Politik, Synaptic Graffiti Collective, CDROM 2004 and Memory: Video Poetry DVD, Synaptic Graffiti Collective, 2010. Sara was the winner of the 2010 Queensland Poetry Festival Filmmaker’s Award. She is currently working on a series of chapbooks spanning 14 years of her poetry writing.

"From Behind the Wire" was previously published on the Slam the Body Politik CDROM released in 2004. This project, which contained the work of many Australian and international poets, artists and musicians was used to raise awareness of the plight of refugees, particularly those in detention centres.

Email ThisBlogThis!Share to TwitterShare to FacebookShare to Pinterest
Labels: I Wish I'd Written This, Sara Moss