What is poetic licence;
is it a badge that gives one entry
into any room
of Calliope's great mansion
or is it reserved for special occasions
when the Muse of Epic Poetry
throws wild parties,
where Imagination kisses the hand
of Poetry
and twirls her around the dance floor
on silver-spun shoes
to be kicked off later
on the chaise longue of love
where poetic licence
is the undoing of a clip
that sends moonlit tresses
tumbling onto a pillow 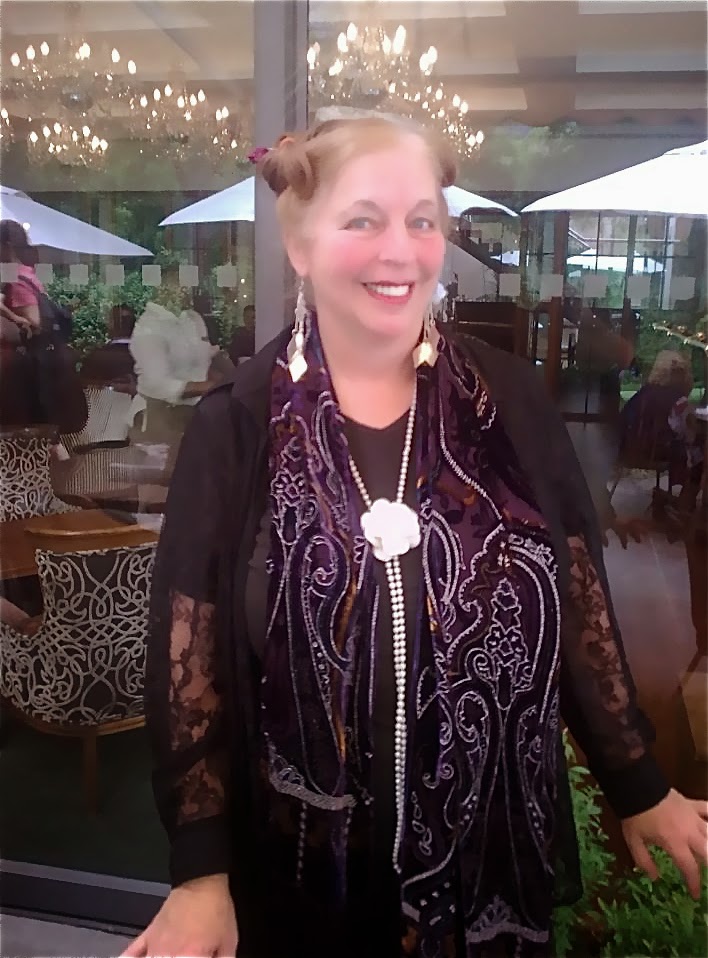 For many in the Southern Hemisphere summer, it's still holiday time, and not so far away from it elsewhere, so I though I'd kick off the 2015 'I Wish' with something light-hearted and festive. I saw this poem in an online writing group which Clarissa and I are both in, and fell for it at once.  It was only later that I discovered what a very interesting person this poet is!  As follows:

Clarissa McFairy aka Clare van der Gaast is a South African journalist/columnist whose hobbies include writing short stories and poetry for anthologies, at home and abroad. She writes poems under her pen name, Clarissa McFairy. Many have appeared in anthologies of the international poetry salon, Vox Poetica. Her poem La Mia Musa was a Vox Poetica 2012 Best of the Net nominee. She delights in writing for the on-line group, Small Stones, Writing our Way Home, which is about capturing a mindful moment in a “small stone” rather than a boulder. “For me, it is like capturing a butterfly of a moment and setting it free in poetry.” She says she writes as the muse grabs her and whirls her around the dance floor of life. She has a passion for languages, and French especially is music to her ears. She also writes poems in French and has turned two into songs.

Clarissa wears three hats, one for writing, one for painting (mermaids) and one (bathing cap) for swimming. Her favourite quotation, which she feels is true of swimming and poetry, is from Sealskin Trousers, a short story by Eric Linklater. This is about a couple who meet on a rocky ledge leading down to the sea, an “oceanic gazebo”, where they read. The woman goes there one day to meet him, and finds a half man half seal there instead. He gives her a huge fright when he plummets into the water to catch a crab … here is what the seal/man tells her :

“We have some advantages over human beings, you know. Human beings have to carry their own weight about, and they don’t know how blissful it is to be unconscious of weight: to be wave-borne, to float on the idle sea, to leap without effort in a curving wave, and look up at the dazzle of the sky through a smother of white water, or dive so easily to the calmness far below and take a haddock from the weed-beds in a sudden rush of appetite.” Clarissa says she, personally, has never done that, but it bedazzles her every time she reads it! And puts her off Woolies (Woolworths) fast-food boxes.

I am now keen to experience more of her writings. I see she is included in the book, Vox Poetica Inspirations: images & words collection 3, on Amazon.  And if you Google 'Clare van der Gaast', you''ll come across her publications in journals. Try this link (and scroll down) for another wickedly amusing piece, this time on ekphrastic poetry.

Happy holidays, folks, if you have any left; otherwise may your work be joyful!

Email ThisBlogThis!Share to TwitterShare to FacebookShare to Pinterest
Labels: Clare van der Gaast, Clarissa McFairy, I Wish I'd Written This