for ornette
by Diane Castiglioni

This poem was recently linked to a dVerse prompt inviting us to write palindrome poems, in which the second half mirrors the first by putting the lines in reverse order. As many Poets United members also play at dVerse, some of you may have seen it already. I wanted to use it now anyway, firstly because I think it's an extraordinary and thrilling poem; I only wish I could have the gift to write such a gem! Secondly, I was one of the many who loved Ornette Coleman's music, and I am glad to have found this way to honour him here (by proxy) close to the date of his recent passing, on June 11 at the age of 85.

The New York Times obituary describes him as 'one of the most powerful and contentious innovators in the history of jazz'. Indeed, the obituary goes into fascinating detail about his musicianship as well as his life; do read, if you haven't already.

I think this poem, which mimics the improv of jazz, is similarly different from more widely-used verse structures.  And oh, the words! 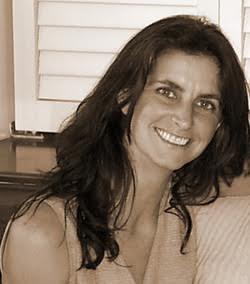 Diane Castiglioni is a featured writer in The Prose Anthologies: Volume 1 Death, a contributing author to the French edition of Dictionnaire Universel du Pain (Bouquin Laffont, 2011), and an editor of the International Cooperation for the Development of Space (ATWG, 2012). She teaches collaborative poetry and has poems published by various small presses.

Currently, you can read more of her writing here.

(That link is to an interesting site for writers to share their work — called Prose, but clearly including poetry. Unfortunately, it seems you have to log in to see what's there. I and some others have found it worth it to be able to read Diane's work; and no doubt there may be other treasures to find ... or it could be another showcase for our own writing.)

Diane is also part of a small international network of ‘knowledge workers’ who design events for solutions to help organizations tackle complex problems with a variety of tools, including art, music, technology, collaboration, metaphor, inhabiting perspective. Her focus is on community development and activism, helping alleviate issues of poverty, racism and the stigma of mental illness.

How fascinating is that?

You can find out more about her work here at LinkedIn.

She is private about details of her personal life, but her Google+ profile tells me she lives in Paris, France, which seems to me very exotic. (People LIVE there? Well yes, a couple of million I believe, lol.)

Email ThisBlogThis!Share to TwitterShare to FacebookShare to Pinterest
Labels: Diane Castiglioni, I Wish I'd Written This