from
The Morning Porch
By Dave Bonta

Clear and cold as October, with an inversion layer to match: the rising sun grinds and thunders with the sound of the quarry to our east.

July 16, 2012
Picking bergamot leaves, I'm startled by one leaf that leaps to escape: a katydid. It watches me wild-eyed from an adjacent plant.

July 16, 2011
A Carolina wren swipes its bill back and forth on the end of a dead limb, as if sharpening a knife. A groundhog sneezes in the strong sun.

July 16, 2010
A little wood satyr—brown butterfly with yellow-rimmed eyespots—lands on the glass door and pivots at the center of its reflection.

July 16, 2009 The rabbit at the edge of the driveway seems unconcerned about my presence until a house wren starts up an alarmist propaganda campaign.

July 16, 2008
Unseen: a crash in the treetops, followed by a ripple of high-pitched squirrel alarm that travels hundreds of yards in a couple of seconds.

I receive these in my email inbox every morning, as I follow Dave Bonta's blog, The Morning Porch, where he posts them. He seems uncertain whether they are poetry; I relate to them as prose poems. But I first came across them in the category of 'small stones', a form devised by Satya Robyn (formerly Fiona Robyn) who, with her husband, Kaspalita Thompson, started people all over the world writing them.


A 'small stone', they told us, 'is a polished moment of paying proper attention'. Writing them is as if you went for a walk, picked up a small stone, took it home and polished it. In spirit, though not in form, they are haiku-like. Some people write them in verse, some in prose. 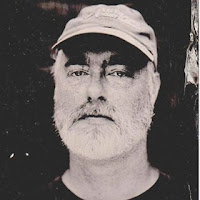 Dave Bonta's posts at The Morning Porch are indeed small stones. They are also twitter posts; in fact they are that first. I'll let him tell it. This is from the 'About' page at the blog:

Welcome to the world’s least ambitious daily newspaper, in which I write no more than 140 characters each day about something I observed from my porch while drinking my morning coffee. Sometimes the results are lyrical enough to resemble poetry, but I think that’s mainly because they’re in the present tense (which uses up fewer characters than the past tense). And sure, I’m paying attention to the language as well as to the world outside my own head — I guess that’s the main point of the exercise.

All entries originate as posts at Twitter. Though the microblog medium is most often associated with ephemeral chatter, the notorious 140-character limit, like any arbitrary restraint in writing, can actually have a beneficial effect by leading one to look beyond the most ready-made words and expressions.

Of himself, Dave says:

I'm the author of several small, odd books, including Breakdown: Banjo Poems, Words on the Street: An Inaction Comic, and Odes to Tools, but my real work is at my literary blog Via Negativa. I'm the editor and publisher of Moving Poems, a webzine showcasing videopoetry and poetry film. And I've been a dedicated if somewhat unorthodox homebrewer for more than 20 years.

He is aware that I'm putting together this post and was happy to give me permission. In general, the material at his blog is covered by 'Copyleft' as follows:

All content by Dave Bonta at The Morning Porch is licenced for reuse and creative remix under a Creative Commons Attribution-Share Alike U.S. 3.0 license. This means that you can take what you like and use it as you wish, as long as I am credited as the author, a link back is provided (if online), and the resulting work is licensed under the same or similar license. Contact me for permission to reproduce Morning Porch posts in works with more traditional, restrictive copyrights.

As you see, I've given you several entries from the same date each year. (The date this year when I prepared this post.) These appear at his blog, alongside each day's entry. (I don't know what happened to 2013 and 2014; his blog doesn't make it possible to find out.) The other way the posts are arranged is by key words, so I've also found you a selection on dragonflies, for no better reason than that I like dragonflies:

Tuesday October 28, 2014
Half an hour after sunrise, a shimmering oscillation, as if from a juggler of knives: despite the cold, a dragonfly is circling the yard.

Monday September 08, 2014
A green darner zips back and forth, reversing direction so abruptly it looks like a jump cut. From behind the house, the burbling of a wren.

Friday May 31, 2013
Two wood satyr butterflies careen through the yard, the dark pages of their wings marked with yellow Os. A blue dragonfly circles the house.

Saturday June 30, 2012
A light clatter like a touch typist passes under my chair: the resident chipmunk. A green darner zips in, skimming low over the porch floor.

Friday June 22, 2012
The penitential sound of a yellow-billed cuckoo. I glimpse a dragonfly out of the corner of an eye—an electric blue needle.

Thursday August 12, 2010
Dozens of dragonflies silhouetted against the sky appear and disappear in the dawn fog. The trees still drip from a storm in the wee hours.
Posted by Rosemary Nissen-Wade