Some of these are haiga (haiku with pictures, forming not an illustration so much as a complete work of art). One is a slightly longer poem incorporated with a picture, and the others — as you see — are haiku and photos published together.

This blending of art forms delights me, so I thought I would share some with the hope of delighting you too!

Gillena, Pat and Prem created their own wonderful visuals. Delaina used someone else's photo (made freely available to her) and altered it to her own requirements. 'The Ripple Effect', which Mohammad used, came from the website Video Hero. 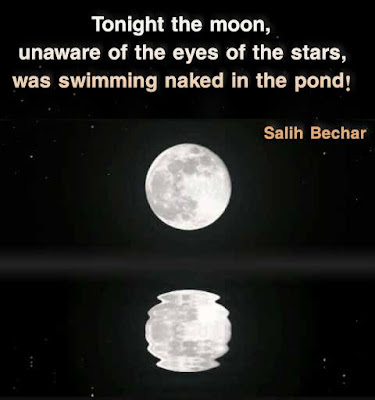 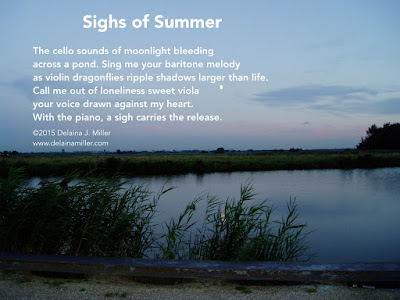 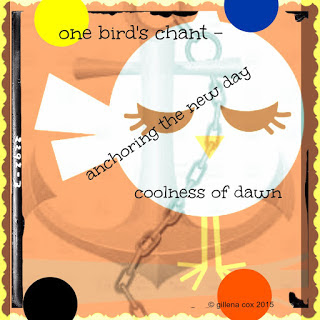 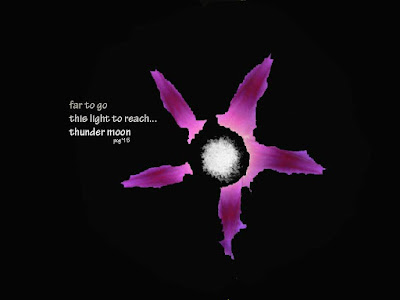 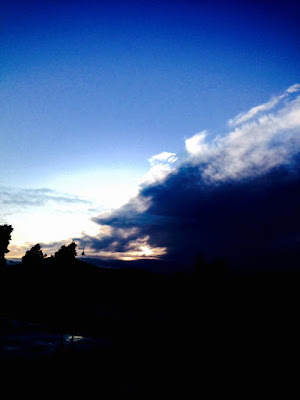 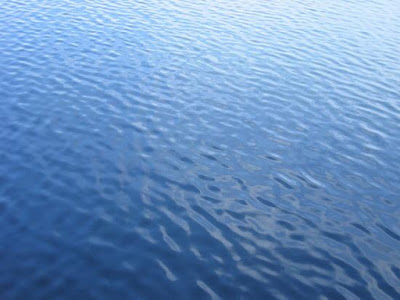 These poets are all my friends on facebook. I met them all through poetry, Pat originally at MySpace, Gillena most recently via her blog, and the others on facebook itself.

Born in 1967, Salih Bechar, in (Sulaymaniyah - Iraq), is a Kurdish poet and writer who is well known for his romantic and erotic poems, and so, tens of his poems have been sung by a number of singers. Being a bookseller back in the early 80's was the beginning to get to know about the majority of Kurdish poets and writers of the time, and hence, this led him into the world of poetry and writing. His first poem was published in 1983 in Hawkary newspaper, and ever since, he has attended and participated in most of the poetry activities and has been awarded many times. He has been the founder of a number of newspapers, among which, Haftanamay Zanko, and Badirkhan. He has a number of books published which are : They are Humans before being Aged; which was published by HelpAge organization, White Angels; about the role of nurses in community, Environment Friends; an opera for kids, and the collection of his poems; which will be published soon. 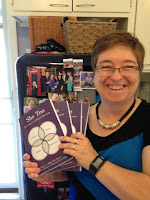 Delaina J Miller is one of my three collaborators in the anthology She Too, and is a partner in the business ContentXDesign, which published it. CXD also created cover designs I am very happy with for my two most recent chapbooks. Delaina has written and published ebooks of her own, not all of them poetry. Her Amazon page tells us: 'Delaina's hobbies include photography, mystery novels, and glasses of good red wine. Currently residing in the Midwest with her wife, Delaina has paired up with contemporary artist, Elizabeth Spillman Nord, to hang poetry and art side by side in a variety of galleries making poetry more visible in our lives and in art.' 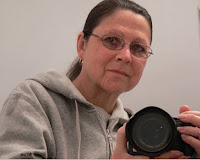 I have known Pat Geyer since we found each other on MySpace through haiku, then (like so many others) eventually migrated to facebook. After a career in sales and marketing, involving both writing and travel, she now focuses on daily haiku writing and photography which she loves putting together as haiga. Though she describes herself as an amateur at both arts, she has been published in several journals. She sees her haiga as her expression of the relationship between the image and the poem.

Gillena Cox is one of my newer friends. Her blogging profile tells me we have a few things in common besides poetry: I am an ex-librarian; she describes herself as a retired library assistant.  She likes movies about King Arthur and Camelot, jazz music, and among her favourite books are The Scarlet Pimpernel by Baroness Orczy and The Prophet by Kahlil Gibran. Me too! Gillena lives in Port of Spain, Trinidad and Tobago, and has several poetry blogs, predominantly — but not only — concerned with haiku. Although she says, 'My writing is non professional and purely from the standpoint of  a hobbyist,' she has two books available at Amazon: Moments, a book of haiku poems, 2007 and Pink Crush, a volume of poems written in different forms, 2011. Her digital art, which she likes to combine with her poetry, she regards as another hobby. Her most prized occupation is grandmother of a two-year-old girl. 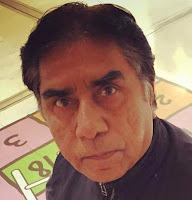 Prem Memon is an academic living in Amritsar in the Punjab, India, and is currently on an extended visit to family in southern Australia. We are hoping to meet up for coffee when I am in Melbourne soon! Prem told me: 'I've collected about 3000 of my haiku but not online. R.W. Watkins used 5 of mine in the 'Reboot ' issue of The Morning Dew a year back, Andrew O Douglas published one two months back in Haiku Scout. I have 3 poetry books to my credit but those are in PUNJABI language 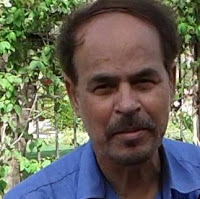 Mohammad Azim Khan says, 'I am from Peshawar, Pakistan. I graduated from Peshawar University with Master degrees in English Literature and Economics. I retired from United Nations World Food Programme and served as Head of Programme  Unit in Peshawar. My job was mainly to provide humanitarian assistance in the form of food aid to victims of war and natural disasters. Also worked for post-disaster recovery and rehabilitation.

Compassion was the keynote that impacted my outlook on life, to help and serve human beings in distress.
I took to poetry writing during school days and recently have developed special interest in haiku and tanka writing. I enjoy reading haiku in fb groups and contribute regularly. Now leading a retired life and keeping busy with gardening, reading, collecting vintage ceramics, interaction with old colleagues and friends and of course writing poetry especially haiku.


For more treats from (some of) these poets, here are links:

Prem Menon and Mohammad Azim Khan post their work to facebook haiku groups; perhaps you'll find them there. Haiku on Friday, for instance (where Pat Geyer also posts) is a public group, and in addition Prem has started his own public group: Sanam Haiku &micropoetry.