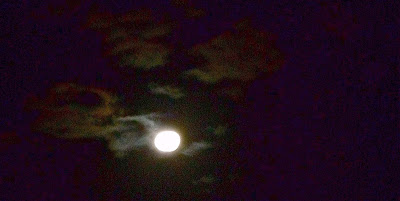 Surviving April:
NaPoWriMo and all that

Well it could be worse. It's not NaNoWriMo (National Novel-Writing Month) where would-be novelists must churn out thousands of words a day (not necessarily with much attempt to make them good words).

I did that one year; which was, well, educational – but never again. After all, I am no novelist; I just wanted to get more idea of what writing one would be like, for the sake of my writing students. I managed it with lots of coffee and chocolate, weight gain, sleep deprivation, and a very obliging husband who did everything else that needed doing. I produced an incredibly bad novel and a great lack of interest in trying to improve it. That was actually my second attempt at a novel. The first, years earlier, soon bored me so much that I abandoned it. If your writing bores YOU, not much hope of it interesting others.

It happens that – for no particular reason – I've never actually done NaPoWriMo, meaning the site of that name from whence prompts issue daily for the month of April. But there are other, similar sites which I have tried. April is National Poetry Month in the USA, which means that online it becomes international (just as NaNoWriMo does, later in the year). Everyone signs up to write a poem a day, at that site and/or various others. For some years I participated at Poetic Asides, but so many people joined in over the years that it became too unwieldy for me. Nowadays I play in much smaller groups, where there is some chance of finding time to read other participants' gems and them read mine – on top of finding time to write a new poem every day.

The aim of NaNoWriMo is not polished work but the completion of fifty thousand words. (Amazingly, some people do produce publishable books.) I suppose it's the same with Poetry Month: the requirement is simply to produce a poem a day. However, we poets do like to make our pieces as good as we can in the time available. It's not the length, it's the poetics! In fact, at Poetic Asides, there are now acclaimed poets judging each month's offerings, and an annual anthology of the winning poems.

I know a number of you do participate in April Poetry Month, at one site or another (or several!) while a number choose not to. I have been making resolutions that this year is my last. I always start off well enough, pleased with new, exciting prompts. Then there comes a time, somewhere past the halfway point, when I find myself writing stuff that seems like drivel. Of course, at a poem a day, they must all be regarded as drafts anyway, but even so.... Readers don't seem to agree with my low estimation of those poems, but The Disempowerer in my head says, 'They are just being kind and polite.' At that point every year I make the same resolution: this is the last year I'll do this.

But then, every year, as we near the end of the month, some gear shifts and I start producing things that I am, to my surprise, very happy with. I even start getting inspired to extra poems that aren't prompted! So then I wonder – what if I just kept on forever, writing poems every day? Would I get really, really good at it? And I put the decision to stop on hold again until next April, by which time I am once more raring to go.

I don't, however, continue writing every day – by the end of the month I am ready for a break and keen to do other things, such as clean the house and weed the garden. Perhaps even get out and about a bit. A month-long commitment, even if it's not for thousands of words of prose, tends to interfere with the rest of life. 'We need some life to put into our art,' I used to tell my writing students, advising them not to chain themselves to their desks. After seven decades of living, I have many memories which I can surely use in my writing, but it isn't quite the same.

And what about revision? Everyone says it's vital, and I agree. When I'm producing a poem a day, I don't spend much time on revising. Even creating just a few new poems a week, as I respond to the slightly less frequent prompts that happen in other months, leaves little time to revise. Luckily, the problem is the solution. (Well, almost.) Because of writing to prompts – not to mention having been engaged in the making of poems for roughly six decades so far – I get progressively quicker at matters of craft.

I guess we all do a bit of immediate revision at the point of creation; they are not really FIRST drafts we post. We get adept at producing quite decent poems quite fast. Some enviable people seem always to be outright brilliant!

All the same, there is delight in returning to an old draft years later – or even a piece one had thought 'finished' – and seeing at a glance just what it needs to become as good as it can get. Or, if it's really in a desperate situation, finding a completely new approach to revive the poor thing. There's even satisfaction in the worst-case scenario, deciding to let some die quietly.  (You know they then become compost for new growth, don't you?)

Well, it's only one month in the year. Why not go for broke, just one month of the year? (No, don't tell me about November at Poetic Asides, where they not only write a new poem a day all over again, but this time weave them around a theme so as to produce a new chapbook, with the possibility of getting it taken up by a reputable publisher ... I told you not to tell me that!)

But what is one to do with all those April poems? All those years of April poems? Make chapbooks? Collect them as Christmas presents for friends and family? (The ones who want to read my poems have probably seen them on my blog already.) Just leave them on the blog, letting that be my magnum opus? Take them off the blog soonish (to avoid accusations of prior publication) and/or revise, then submit to prestigious literary journals and anthologies?

Maybe what to do with them is a different question; anyway it only applies if we do keep producing hundreds of poems every year. The question I am trying to explore here is about the value or otherwise, to us as poets, of participating in Poetry Month. And there is the further question of whether we should – or could – keep up that pace of creation all the time.

I don't know. Perhaps it would be good for me to take a long break from writing new stuff and start some serious revising, even some culling. Perhaps I could make a whole lot of collections around themes? Or forms? (I really fancy the idea of a book of haibun, when I have enough of them.) And yet, not writing new poems at least sometimes would get boring, I think. Creation is exciting!

April Poetry Month is thrilling, challenging, daunting, inconvenient, impractical ... and, unquestionably, productive. This May I do plan to ease off on the writing for a bit. But has it swiftly become such a habit that I'll have withdrawals? We shall see.

And then in June.... Well, you see, some weeks back, before April began, I accepted an invitation to be guest poet for a month at a blog of Aussie poets, where the idea is to post a new draft every day. I must have been mad! At least I have given myself a month in between. And at least they are only supposed to be drafts. (In the habit of quick composition, will I be able to leave my posts as actual first drafts, I wonder, or will I be impelled to tinker?)

I'm glad anyway that we at Poets United have no plans to start hosting our own poetry month. Midweek Motif and the Poetry Pantry, interspersed with articles about poetry and poets, allow for a nice balance between frequency of writing and leisure to craft the work – particularly as we can dip in and out as we like, according to what else is going on in our lives. It allows for those sweet moments when the Muse may whisper in our ears, unprompted.

What do you think, United Poets? Is Poetry Month a blessing or a curse, a chore or great fun? No-one twists our arms, so I guess if we do it, we must really want to.