Letter to Freud
By Kate Llewellyn

What does a woman want
Sigmund
it’s simple
what a funny question
well speaking for myself
to be loved
same as everyone else I know
yes
by the man who I want to love me
and by the greengrocer
the chemist
the postmistress
my children
– I take it my friends will anyway
and I want to be left alone
no-one saying sit down
stand up
come here
I run away then
no
it may surprise you but I’d really rather not
have a penis thanks all the same
I suppose it’s hard for you to believe that
I’d like a few laughs
rolling round a bed laughing my head off
and all the normal human things
clean water shelter
fresh food
that most never see
in their whole male or female lives
and not to want anything
Sigmund
most of all that
or does that only come like a ticket
with death? 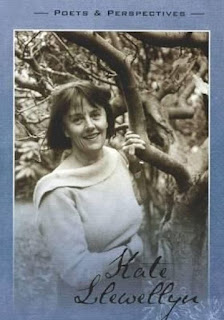 It's not new, now, for women to address Freud's famous question:

The great question that has never been answered, and which I have not yet been able to answer, despite my thirty years of research into the feminine soul, is 'What does a woman want?'

Kate, however, was the first I encountered doing so in poetry, in her book Luxury, published in 1985. (The above version, with only a few very tiny alterations from the original, is from her Selected Poems of 1992.) I still don't see anything to argue with in her list.

Back then she was a refreshing new voice in Australian poetry, at a time when our women poets were emerging in numbers. It was a time of activism in many ways – the feminist revolution, opposition to the Vietnam War, and for some of us the founding of a Poets Union of Australia and the beginning of the resurgence of 'performance poetry', now known as 'spoken word poetry' – the reclaiming of an ancient oral tradition, and precursor of its recent developments, rap and slams.

Kate was involved in all these kinds of activism, as well as raising children and running an art gallery in Adelaide with her then husband Richard, a quadriplegic.

When I met her in the late seventies she was single again, and studying for an Arts degree. She was National Secretary of the Poets Union for a time. Then she and fellow poet Susan Hampton produced The Penguin Book of Australian Women Poets, as so few of us were being represented in anthologies in those days.

The way this poem appears on the page, with very little punctuation, no division into stanzas, and the line breaks falling where they do, is an exact representation of how she would speak it. (I heard her a number of times.) Better to hear it, but I think you'll work it out.

Details of her life and work are at the Australian Poetry Library, along with hundreds of her poems.

As you will gather from that last, she has written a number of volumes of poetry. There are also several very popular memoirs and an autobiography. Here is her radio interview about the latter. And you can find her books at her Amazon page. That page also tells me that for 20 years she taught creative writing at the University of Sydney, but has now moved back to her home State, South Australia.

I've illustrated this article with the cover of a book I haven't read (found online) as it uses an image like the Kate I remember.

Email ThisBlogThis!Share to TwitterShare to FacebookShare to Pinterest
Labels: I Wish I'd Written This, Kate Llewellyn