This time, our heading refers not to the poet but those who inspired the poem:

Some of my best friends are queer

I mean
when the death toll sinks in,
it’s not Orlando
anymore

It’s Tucson
it’s my backyard
my cellphone, a nuisance
ringing and ringing
in the dead pocket of someone I love

My fat white ass
dances in my kitchen now

We were fringe, it seemed
Out and Open
behind closed doors only

Now equality, it seems
makes for a nice target
Out and Open

But maybe that’s not it

Some of my best friends
are nerds who like superhero movies

Some of my best friends
have mental health issues

Some of my best friends
are white, middle class children

Who are the infamous Other
now?

We’re searching the wrong end
of the barrel

WHY
does anyone need firepower enough
to kill fifty people in a matter of minutes
to feel validated as an American?

WHY
does any compromise
automatically translate to
“They’re coming for our guns!”?

WHY
does each mass shooting
shoot down solution conversations
and lead to more nothing being done?

The same ones who didn’t care before
still don’t

more than the people they were written to protect

We once were
the melting pot

Which ingredient is Other
now?

Dance with me –
Spin faster!
Blur the lines between us
until we all matter

Humanity
takes up the target

and the bullets’ familiar beat
becomes the music 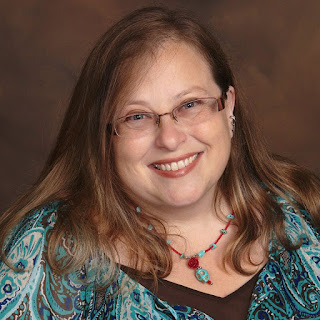 I do like to give you a variety of poets to enjoy, and have treated you to Leigh twice already in 'I Wish I'd Written This' – but, no apologies. For me she just nails it in this one. I didn't want to wait another week before sharing it, and I do think these dead must be kept alive in our hearts and minds, highlighting the need for change.

I sometimes post things on facebook which are critical of some aspects of life in the USA – particularly that 'right to bear arms' thing which is very hard for Australians, with our very different history, to understand. I have sometimes been seen as US-bashing, ignoring the many good things about that country and culture. This isn't so, but I understand how it could seem that way, and could be upsetting to the sensitive. I think it's important that, in this instance it's an American poet articulating, in great pain, ideas with which I'm in sympathy. (And yes, I do know that many, many others feel the same way.)

Of course, easy access to horrendously powerful guns is only part of the problem. The attempt to eliminate hate is even more crucial, and the poem addresses that too.

All hatred, all murders, are terrible. The 'gay hatred' which sparked this particular crime is of course not confined to the USA but is still widespread across the world, including my own country. Leigh's poem is not only passionate in its sorrow and outrage, it is also full of that love which we know must be the foundation for the changes we need.

Click on Leigh's name in the left-hand sidebar to find previous posts featuring her. Her book, Tequila and Cookies, is available from Amazon, in both paper and Kindle.