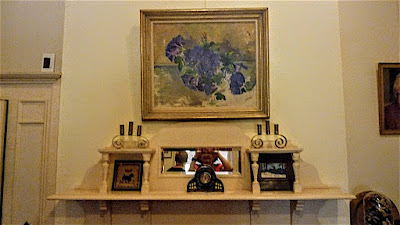 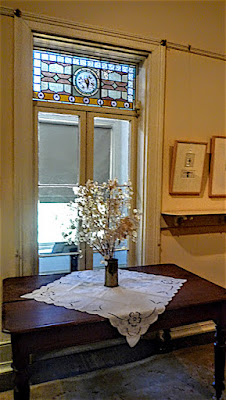 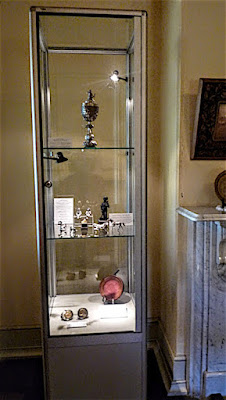 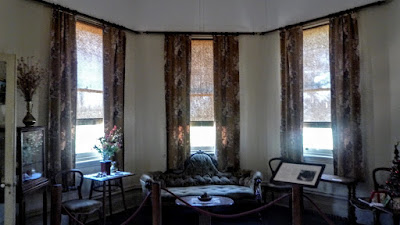 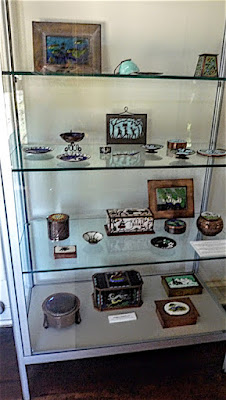 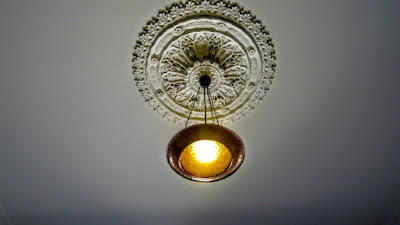 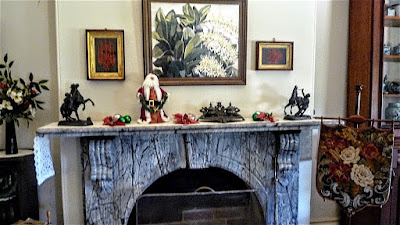 Good Sunday to you all!  Today, for the second week, we are sharing some photos taken by Rosemary Nissen-Wade.   Her visit to Castlemaine included a tour of this historic homestead. During the gold rush era it belonged to a Hungarian immigrant, Ernest Leviny, a jeweller and silversmith. He and his wife had four sons and six daughters. Only one of the daughters married. The Buda website tells us:

The five unmarried daughters lived most of their lives at Buda. Each of the daughters was creative in some form of art or craft. Mary, the eldest, had much to do in helping to run the household, and was a major contributor to making everyone's clothes, embroidering, smocking and decorating. Hilda specialised in embroidery, Gertrude in woodcarving, Kate in photography, and Dorothy in metal and enamel work. Examples of their work are to be seen throughout the house and garden.

They were greatly influenced by the British Arts and Crafts movement of the time, redecorating their home accordingly in a lighter and brighter style. They were responsible for just about everything that is on display, including furniture and paintings.

Rosemary's photos show some results of their work, as well as two display cases of items produced by their father.

We had another great week at Poets United.  If you didn't see the interview of "Old Egg," be sure to take a look back at the update interview done by Sherry.  Robin is a most regular participant here, recently celebrated his 80th birthday, and a fine poet.  And Susan provided a most interesting prompt for Midweek Motif: Parents, Guardians, Significant Adults in the Lives of Children.  If you have some time & want to read a few great poems on the subject, take a look back!   And just yesterday Rosemary Nissen-Wade featured a poem of Robert Frost for The Living Dead.  I enjoyed reading his poem "The Last Mowing" because, for me at least, it is less familiar than many of his poems, and it is always nice to contemplate something new.

In the week ahead, Sherry will feature a poet who is a very familiar face in the blogosphere, someone anyone who has participated at any of a number of poetry sites will have encountered one time or another. Do return tomorrow for another fascinating interview.  And on Wednesday Sumana is prompting at Midweek Motif.  Her prompt is "Commitment," so feel free to get an early start on a poem!  And, oh...next week here in the Pantry we will be seeing some of Bjorn's photos, which is definitely something to look forward to!

With no further delay, let's share poetry.  Link your one poem below. Stop in and make a comment of hello below, and visit poems of others who link.  Have a good week, all!