This week, my friends, we are careening through the busy streets of Bangalore in a rickshaw. It is monsoon season, so we are being liberally splashed with rain from above, and spattered water from below. The scenery is spectacular! We are on our way to visit Rajani, who writes at Thotpurge: Incomplete Thoughts. She also has a new second blog called Phantom Road with a mix of poetry and prose. Rajani has some chai tea and beautiful poetry to share with us, so hang tight, we will be indoors and dry very soon. 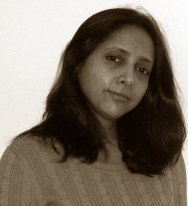 Sherry: Rajani, so nice to be speaking with you again. You live in one of my favourite countries. Can you tell us something about the area where you live, in Bangalore?

Rajani: Sherry, thanks so much for featuring my poems on Poets United again.

While there are historical records going back at least a thousand years, the modern city of Bangalore perhaps originated in the 16th century. Parts of the fort captured by the colonial British army in the 18th century still exist, as do spectacular palaces, busy markets and round-the-clock traffic snarls! 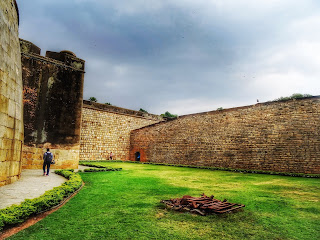 
Located in the centre of peninsular south India, we are just hours away from the beaches on the east and west coasts and even closer to the hills and forests that mercifully are still home to rich wildlife that includes tigers, elephants, peacocks and leopards. Of course, none of this matters when a place is just home and all you want is a cup of tea and somewhere quiet to think and write! 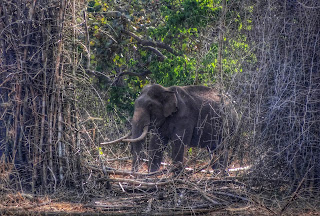 
Sherry: I am enchanted by the idea of tigers, elephants and peacocks strutting about. Would you like to choose a few poems to share with us today?

Rajani: Picking poems to share here was a challenge, and as I waded through previous posts, I could sense changes in my approach and writing that seem to have quietly occurred over the months.

Last time we talked, I mentioned that writing more honestly about my own life, my feelings against the canvas of my culture, was something I hoped to do eventually. Am still a long way from there, but every now and then ordinary life around me can mix with personal experiences and mythology and flow into a poem. I picked “Design” which references a woven saree motif of a mythical bird that apparently could separate milk and water, perhaps a metaphor for good and bad.

Sherry: This tells a fascinating story: the mythical birds whose eyes looked away, the memories of her mother, her daughter's wedding. One of my favourites of your poems, Rajani. 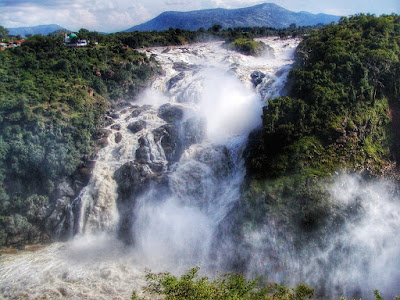 
Rajani: Last December I followed a month long prompt at another site which traced Basho’s journey to the Deep North, as documented in his masterpiece Oku no Hosomichi. To say something extremely simple in very few words, in a way that draws the reader into that experience is a huge challenge.

The poet probably has to be overcome entirely by the sensory experience of that moment. But writing Haiku, I discovered, is more of an inward journey that forces you to look at things with renewed focus. Like an over-eager novice, I am enjoying the learning experience. 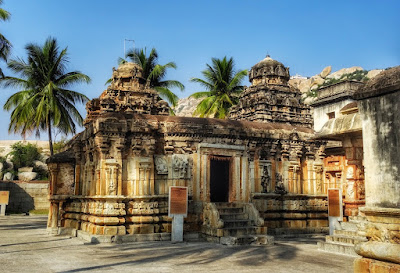 A 10th century temple
Sherry: I love the idea of a month-long following of Basho's journey. And your haiku are very beautiful! Let's take a look at your third offering.

Rajani: When steel and chrome jungles replace verdant gardens and people throng by the millions to lucrative job centres, the city expands, slowly loses its green cover, the temperature begins to rise and the infrastructure begins to fall apart under the disproportionate stress. And yet for those who have lived there long, for whom it was always home, old memories are hidden away in the tiny hollows of new concrete building blocks.

Rain can be a joy, a relief after a brutal summer, but also a traffic, power and drainage nightmare in an overgrown, under-prepared metropolis. This poem was born sometime in the forced darkness of an embattled monsoon night. 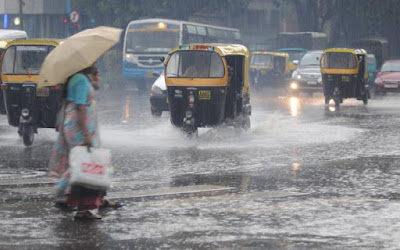 My city wears a sullen look today;
a reluctant bride in a grey corduroy veil,
dragged down a flooded aisle
to kiss her unyielding groom;
her mud splattered dress held high
over shivering stalagmites,
that impale the moulding piety,
trying to puncture the soggy mask
of the unrepentant sky;
Just watch how my city
pouts her ash smeared lips today;
her concrete bosom,
her reinforced waist,
sagging in the incessant rain;
she gathers her wounds
weighs them in mountainous heaps,
do you know you can make offerings,
oblations of sugar or gold or bananas
equivalent to your weight,
to appease the gods?
But you aren’t here. She trembles alone.
This city wrings her hands today
bleeds frothy brown liquid debris,
that rushes in search of the ancient lakes
entombed alive by glass and chrome,
the dregs of the monsoon
lapping her under belly,
on them the footprints
of another time
that spilt marigold rain
on moonlit terraces,
when onion fritters tasted of longing
and old movie love songs.
But this isn’t about us. How can it be?
Come hear my city moan today,
the cry of a mammoth in pain,
she calls me to nest in her matted hair,
taste the nimbus in her murky eyes,
howl aloud with the wind
that lifts her shirt to wipe her clotted nose;
my city that wore magnolia crowns,
bird song ringing from her anklets as she swayed,
watches the train of black umbrellas
and weeps for warmth.
I hold her.
I hear her.
I watch the black umbrellas.
I see you leave bare headed
walking into another rain. Another day.
I sink into her potholed arms
and weep with her for a sun ray.
thotpurge June 2016 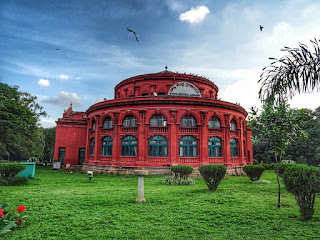 Sherry: I especially love the stanza where the city moans, "the cry of a mammoth in pain". The imagery in this poem is very vivid.

Is there anything you would like to say to Poets United?

Rajani: This community has been so good to me this past year and I am extremely grateful. There has been such a positive effect on my poetry but more importantly it has given me the opportunity to make new friends whose style and voice I now recognize and look forward to each week. Greetings and love to all from India.

Sherry: We are happy you are among us! Thank you, Rajani, for your beautiful poems and for your faithful participation at Poets United.

I always enjoy a visit to India, don't you, my friends? Do come back and see who we talk to next. Who knows? It might be you!