This week, my friends, we are chartering a private jet (because when we dream, we travel First Class, LOL!), to visit a shining star in the blogosphere, Sanaa Rizvi, who is, herself, A Dash of Sunny. Sanaa took us all by storm when she appeared on the scene, with her brightness, her talent and her enthusiastic participation. I have watched with interest as she plunged into hosting her own prompt nights, which are very well attended, and I asked her if she might like to chat about the blogosphere a little bit. She said, quote, "OMG! YES!", so here we are. Sanaa recently made a spectacular move to Kuala Lumpur, so we will get a glimpse of some pretty gorgeous scenery, as well. Wow, private jets are nice!!!! Find yourself a seat by the window, and watch for a tropical paradise. That's where we touch down. 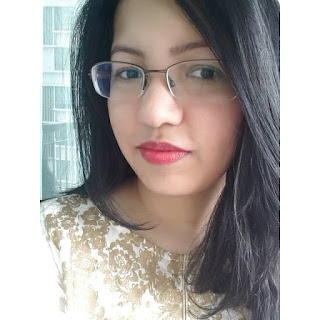 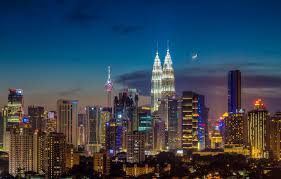 Sherry: Sanaa, this is a topic of great interest to us all, and I am eager to dive in. Tell us about your blogging journey, won’t you?

Sanaa: Sheila Graham once said, ‘You can have anything that you want if you want it desperately enough. You must want it with an exuberance that erupts through the skin and joins the energy that created the world.’

That is exactly how I felt about Poetry. To me it’s a means of expression: it’s the air I breathe. When I first began blogging last year in March 2015, the world of poetry was something like a foreign land, whose language I knew but lacked the knowledge of its history and culture.

Sherry: That is astonishing to me, as when I read your first poem, I was blown away by your talent. You often write like the Old Masters, and you are still so young. What were your goals when you began blogging? Were there certain key connections you made that helped you along?

Sanaa: Honestly speaking, I never thought I would accomplish everything that I have at present, because initially, my aim was to get my poetry across to others and to gain recognition. Sigh, Poets United changed my life in ways that I cannot describe. It gave me a new identity and made me into the person that I am now. It’s where I grew and learned how to write and in return made a whole lot of connections. I am and forever will be grateful to this wonderful community.

Sherry: Oh, thank you, Sanaa. So many of us can say the same thing. Poets United opened the doors to online poetry for me, as well, and changed my life forever. How has this past year been for you?

Sanaa: It’s been a little over a year; I began experimenting and learning new poetic forms. I came across dVerse Poets Pub sometime in June 2015. It was there that I began to learn new poetic forms. I still remember the day Mary featured my Echo Verse poem as an example for Meeting the Bar on 14th August’15. I was so overwhelmed that I made a decision to keep on learning and growing as a Poet. 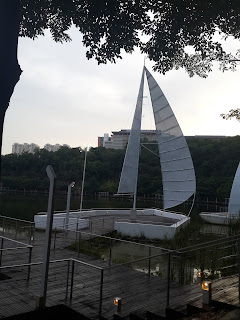 Sherry: We never stop learning and growing. How do you manage to keep up online as well as you do? Do you have a set routine, or do you just  fit blogging in when you can?

Sanaa: I love blogging and no matter how occupied I become, I make sure that I participate and write at least twice a week. (Wink)

Sherry: Tell us about deciding to start your own Prompt Nights. They seem to have really taken off.

Sanaa: It wasn’t until a few months later that my mother suggested that I start hosting myself. At first I was terrified, because all I could think of was ‘who the hell would write for me and why?’ But she insisted that I stop being sceptical and so I gave the idea further thought.

You know Sherry, at that moment it occurred to me that even though I am a part of the blogging world, I had no idea who my fellow poets were. How could I expect anyone to be there for me if I myself wasn’t there for them? So, I decided that it was high time that I started talking to people as well as getting to know them.

Now, since I was an active participant at Poets United and dVerse, the trickiest part was to launch Prompt Nights at a certain day and time when it wouldn’t clash. So after a lot of debate, I chose to begin on Friday 1st January 2016 and let me tell you, Sherry, it was simply amazing! I remember the immense feeling of joy and gratitude at receiving the phenomenal amount of love and support. I never imagined that I would be getting such a huge response!

Sherry: I can well imagine you were pleased. Tell us a bit about Prompt Nights, will you, please?

Sanaa: A little bit of introduction to Prompt Nights, for those who aren’t familiar: the prompts are held every week on Fridays. In addition to the usual prompts, we have a segment known as ‘On Popular Demand,’ where you as the audience gets to pick, choose and vote for the topic of your liking. The topic which receives the highest number of votes is featured as the next prompt. The segment is held every third Friday of the month.

Sherry: That is a very cool idea. Audience participation is always a good thing. How do you keep coming up with fantastic prompts, week after week?

Sanaa: It’s not exactly easy coming up with prompts week after week, but I manage somehow, keeping in mind what everyone likes and what would best inspire them. I try to keep the prompts as open as possible and let everyone write whatever they feel like. The sole purpose of Prompt Nights is to encourage others to keep on writing and to enjoy while doing so. Along with poems, I also accept fiction pieces and previously written work.

Sherry: It is nice when prompts are open-ended, allowing the poet greater scope. What prompt received the greatest response?

Sanaa: The prompt which received the best response was the ‘Picture Prompt – Take me to the Ocean.’ It received an astonishing number of responses that left me amazed. It’s also my all time favourite prompt.  I am thinking of creating a similar prompt in the near future.

Sherry: Oh, that is a prompt dear to my heart! You are a very reciprocal poet blogger, so I can guess your response to this question. What are your thoughts on reciprocity in the blogosphere?

Sanaa: I believe in establishing reciprocity among others in the blogosphere. Which is why I often end up writing poems which compliment both my own prompts as well as those of others. 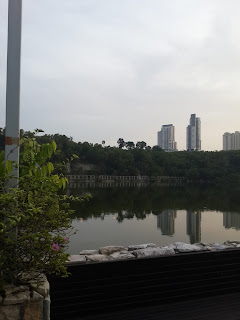 Were I a Cloud

I believe in every walk with Nature, one receives far more than he seeks. And so, I made my way through with a mind to mount up to the purest sky. Were I a cloud, would attempt to sweep through mystic thread of life; listen to hushed murmurs of water, for it’s by no means a waste of time. ‘The world is hard and cruel’ as such was written upon arched sky, give thanks for what you are —  and keep fighting for what you’d want to be tomorrow. I breathe in good thoughts skipping across a placid pond. The sky above was clear — as though gleaming crystal  — the air around me spoke in a tone both hushed and sweet. The atmosphere soon filled the heart with delight. I think I may have discovered some hidden secrets of life.

Twilight sky
mingling with emotion
a waltz with nature.

This poem was written for Haibun Monday ‘Sky is the Limit’ over at dVerse, where we were asked by Toni Spencer, also known as Kanzensakura, to write about the sky. It also meshed well with my own prompt, Prompt Nights ‘‘A photograph is but a memory in raw format.’ 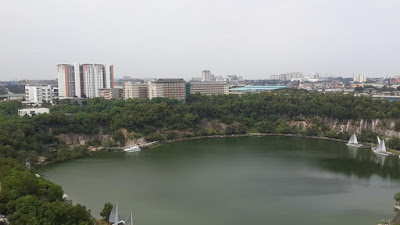 I took this picture near the Lake at South Quay Nautica Lakeside. Sigh, it was a beautiful evening, Sherry, and the atmosphere was calm and serene. It was also my first attempt at writing a Haibun.

This poem was written for Midweek Motif where Susan inspired us to write a ‘Song of one Word.’  I remember being overwhelmed with joy as, coincidentally, it matched with my own prompt, Prompt Night’s ‘Let’s take a look at the cards, shall we’ where the theme was to pick three tarot cards. I ended up with The world (The Past) The High Priest (The Present) and The Sun (The Future).

Sanaa: I think it’s great that we are reciprocal and find pleasure in helping each other out on occasions. What’s more is that the feeling of love and respect is mutual in our online communities, something which I find to be exhilarating.

Sherry: I do, too, kiddo. We do such a good job of supporting each other in keeping the words flowing.

Sanaa: Since we are chatting about blogging, I thought it might be cool to include an old poem, one which was written for Midweek Motif. The prompt was Fire, by Sumana, on the 14th of October, 2015. It serves as a contrast, as it is one of my earlier works.

(Inspiration from the title of Robert Frost's poem "Fire and Ice")
Form: Villanelle

Sherry: I find your earlier work every bit as remarkable as your current poems, Sanaa. Well done!

Looking back, has your blogging journey taken you in unexpected directions? Has it taken you farther than you dreamed? How do you see this journey continuing in the years ahead?

Sanaa: Looking back on my journey, I am amazed at how far I have managed to come, and the direction in which it has taken me. For instance, I never ever imagined to host, let alone have so many people by my side. My heartfelt appreciation goes out to everyone for their constant love and support.

I hope to continue hosting Prompt Nights for more years to come ahead. Perhaps it will grow bigger and become a separate blog in the future, we never truly know with these things do we, Sherry?

Sherry: I can see that happening, Sanaa, and we will watch your journey with great interest and admiration.

Friends, Sanaa recorded herself singing a  song for your enjoyment, a lovely treat, so let us close this conversation by listening to it.

An interesting chat, was it not, my friends? And a lovely song to finish off with! Thank you, Sanaa!   Do come back and see who we talk to next. Who knows? It might be you!

Email ThisBlogThis!Share to TwitterShare to FacebookShare to Pinterest
Labels: Past Poetry Blogs of the Week, Sanaa Rizvi