Autumn is often a time of remembering,  a season with moments of nostalgia. I have noticed this theme in some of our recent poems, and noticed that Annell Livingston, of Some Things I Think About, has been writing a series of poems that capture the many moods of autumn very well. I asked her if she would chat with us about this and happily she said yes. As fall can be cool and crisp, pour yourself a hot beverage, and pull your chair up close to the fire. Let's dive in. 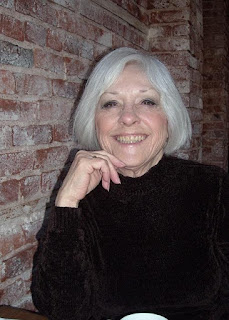 Sherry: Annell, I was moved by your recent poems, by their theme of autumn, reflections, remembering, and loss. Would you like to talk about this a bit?

Annell: For me there is something melancholy in autumn, that hovers at the edge, just out of sight.  It is a time for so many good things, the color of the season, the temperature is cooler, apples freshly picked.  The aroma of spice in the air.  So much to love, but in taking inventory, we realize something isn’t here.  Old friends and loved ones leave a longing.

Sherry:  Autumn always affects me that way, too. I love the beauty. It is my favourite time of year. Yet there is such nostalgia for years gone by, and for what has been lost.

Your poem, “It Died in the Autumn of That Year 2014”, spoke of this, as you remembered your mother’s death. Let’s take a look:

Sherry: So moving, Annell, the time you spent at your mother’s bedside as she lay dying. It is such a privilege to companion someone through that time, especially one’s own mother. The three breaths – the last goodbye – struck me, as I read.

Annell:  I wrote it almost as it happened.  It was in November of that year I went to her home in Texas to be with my Mother.  The morning I arrived, the Monarch butterflies covered the low coquet tree in the front yard.  The blossoms were dying, end of season. The butterflies, were sucking the last juices before they began the last leg of their migration on the way to their home in Mexico.

My Mother was a tiny woman, and she grew more beautiful each day, before her death.  When she died, she lay in her bed, like a glowing pearl.  A beautiful woman at peace.  She lived to be 96 years old.  And probably that was a long enough life for anyone, but it seemed too soon for me.

Sherry: I love that she grew as radiant as a pearl. They say as we live, so shall we die. Your mother must have lived a very beautiful life.

Annell: As women, it is said, we become our Mothers.  To say goodbye is such a tender thing.  I am so grateful to have been there, to be with her as she took her last breaths.

In the poem I used that unknown thing found in the refrigerator, to say, “at death, questions hang in the air.”  Questions you didn’t even realize you wanted to ask.  And there is no one to answer.  It is the silence after.

Upon returning home, my refrigerator had stopped working, and would work no more, just like death.  With a little shopping, the refrigerator would be replaced.  But not my Mom, there would be no replacing my Mom, she left an emptiness in my heart, that cannot be repaired. 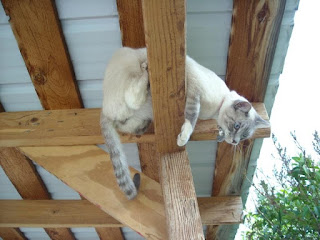 The beautiful Issa,
named for the Japanese poet

Sherry: So poignant, Annell. The theme of autumn, in the poem that followed this one, lists all of the sights, smells and joys of autumn so beautifully. It also touched on memory and loss, remembering your son, whose death followed your mother’s. (Truly, life is hard.)  It is such a beautiful, tender poem.

Sherry: This poem knocks me out, my friend. Yes, he will always be your beautiful boy. What is it about autumn that carries our thoughts back to those long-gone days? I have been doing my own remembering, under the amber sun. Maybe because this time of year was always the start of school when our kids were young. I miss those years. But I am so very grateful to have had them!

Annell: Though it a worry for every parent, I don’t think I ever really thought of my Son’s death.  That would be impossible, he couldn’t die before I would.

Something I found about the death of a child, (and they will always be our children, even though we recognize they have grown to adulthood,) is that all the memories, of the past seem also to die at the moment of death.  Before he died, I could remember so much of his life, as a baby and as a small child, to his growing to be the man that he would become.  These were joyful memories, but now there is a period at the end of each thought that wasn’t there before.  And that is his death.

He was a beautiful blond child, straight and tall.  Full of wonder.  He grew to be a beautiful young man.  Willful, with a mind of his own, and near his death, he grew more beautiful each day.  It was in the spring, I was aware of honeysuckle, and butterflies.  And the day he died, I thought I saw butterflies fly from his fingertips.

Annell: Like most Mothers, I was young, I thought I “knew.”  But it is not until they are through with us, are we prepared to be parents.  They teach us a lot.  I realized at his death, he was my teacher, and it was through him I learned the lessons I needed.  If I could do it again, I would certainly be better prepared.

Sherry: That is my regret, also. That I did not have the strength and wisdom as a mother that I have had as a grandma. No one does. Yet we were strong, and we gave our children everything we had. One can do no more.

The following poem reveals your strength and wisdom so clearly, Annell.


We Leave Traces in Our Wake

Sherry: It so often feels like that: we take one step after another. Amazingly, this leads us on a journey beyond anything we ever could have dreamed.

Annell: Your words are true.  We don’t know, and yet we continue.  The current times are very troubling.  So much we do not know.  Some days, I wonder how can we continue?  And yet, we do.

Sherry: It is hard, these days, to see surfacing old pathologies we thought we had left behind. Sigh.

I was so pleased to read the following poem, which reflects my own philosophy so well. With all of its grief, its losses, its fleeting years, in autumn I am most grateful for the gift of living in this very beautiful world. Let’s sink into the joy of this poem (and enjoy one of your recent art works as well): 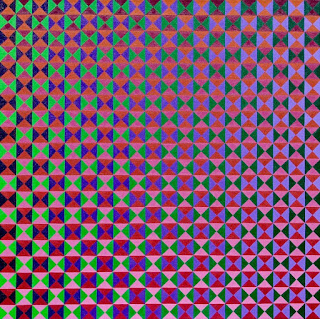 
We See A Wonderful World Before Us

we are given much        perhaps yesterday was    a missed
opportunity

Sherry: That says it all, Annell. I love the stirring of the cauldron. Time for the Divine Feminine to rise!  All my life, I have been in love with the beauty of the natural world. No matter what happens in our lives, our eyes lift to the heavens, take comfort in blue sky, in clouds, in stars. “We see with new eyes.” Indeed, that is the true journey of our lives. We live, and  are transformed.

Annell: For me, all the answers are in nature.  When we are troubled, we can go to nature, the forest, near streams, ascend mountains, look to the stars.  We step outside.  The fresh air touches our skin, we are reminded where we are.  We come back to ourselves and we take another step.

In the visual arts, the more autobiographical our work is, the more others can relate, and this is true in poetry as well.  I seek the truth in my poems, but like Emily Dickinson, I want to tell it with a “slant.” The poem is different from direct speech, simply because it is a poem.  It is in poetry I can talk about my deepest thoughts, and feelings, without self-consciousness or apology.

Thank you, Sherry, for allowing me to talk about my life and my poems.  I have suffered loss in my life, just like everyone else.  But, I am lucky, I live in a beautiful place in the world, Northern New Mexico, land of enchantment.  I have already lived long, have dear friends.  My life is full of love.  Can one ask for more?

Sherry: Well, we can. But it is true, we have been given so much, have lived such rich lives. It is amazing to look back at our journeys, which were beyond anything we might have dreamed.

Thank you, my friend, for another wise and uplifting chat. Thank you for sharing the beauty of your poems, your art and your life. You are inspiring!

We hope you have enjoyed this feature, poet friends. Do come back and see who we talk to next. Who knows? It might be you!

Email ThisBlogThis!Share to TwitterShare to FacebookShare to Pinterest
Labels: Annell Livingston, Past Poetry Blogs of the Week