In A Far Land Upon A Day

In a far land upon a day,
Where never snow did fall,
Three kings went riding on the way
Bearing presents all.

The middle one had human sense,
The young had loving eyes,
The old had much experience,
And all of them were wise.

Choosing no guide by eve and morn
But heaven's starry drifts,
They rode to find the Newly-Born
For whom they carried gifts.

Oh, far away in time they rode
Upon their wanderings,
And still in story goes abroad
The riding of the Kings.

So wise, that in their chosen hour,
As through the world they filed,
They sought not wealth or place or power,
But rode to find a child.

I've featured Eleanor Farjeon a couple of times already in the last few months (here and here, if you missed them) and in the course of researching her I came across this poem, which I thought would be great to save and share with you near Christmas.

Even for those of us who are not church-going Christians, it's a wondrous story with deep meaning, and I like the way it is told here (by one who was a believer).

Her writing often includes her delight in the natural world; her appreciation of folk tales and mythology, which she subtly reworks to make her own, adding a new dimension; and her wisdom about human nature. Here, too, you may find those things. But she was, above all, a lovely story-teller – or a teller of lovely stories – and this, also, you can see in this piece.

The ballad rhythm (a loosely metrical pattern of alternating 4-beat and 3-beat lines) can gallop inappropriately in the hands of an inexperienced poet. She avoids that trap, slowing the lines with commas, multi-syllabic words, extra syllables in some bars, and long vowels – just enough of them to do the work unobtrusively. I also like the naturalness of the rhymes – except in the first verse, where they seem a bit forced to contemporary ears; but when Farjeon began writing, inverted syntax for the sake of rhyme was an accepted convention. And it does rather fit the understated grandeur she achieves in simple, straightforward, yet artfully chosen words. 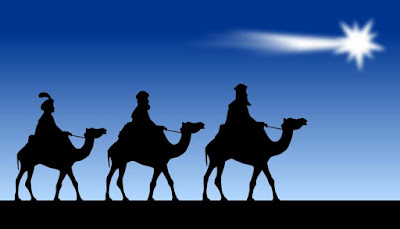