POEMS OF THE WEEK ~ FOR LOS ANGELITOS

When the two small angels, Jakelin Maquin and Felipe Alonzo-Gomez died after crossing the Mexican border, Brendan, at Oran's Well , and  Priscilla, of Priscilla's Zine and Bookstore, each wrote a poem straight from their hearts to ours. How many times can our hearts break? These days, as many times as are required of us. It is hard to hold the pain of so much that is wrong. These poems bear witness to the plight of children in this world of social injustice. We read them and weep. And hopefully raise our voices on their behalf as well. 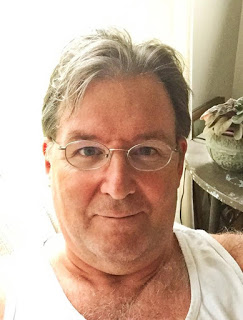 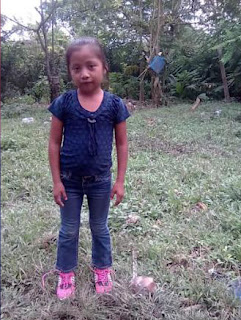 She was just a little girl - so
small, so everywhere,
expendable as crossing air.
Behind her the past soured
like bear rot in a trapper's lair:
Ahead no future flowered,
no choices one would swear.
Just Papa’s hand through
a raw ribbed dawn, scrub
desert coiled everywhere.
Run, then hide; gasp and fear
of vipers ever nearer there.
Where would you go
but follow, trying not to lose
your little girl forever stare?
She died two days in custody
like so much desert fare.
A little girl, not worth saving
with American prayer.
Such small humanity
we feed to the nowhere
which keeps this suburb square.
The morning lifts from
the desert, leaving ghosts
tucked here and there.
Among them a little girl
which time ran past
greedy for gilt Christian fare.
January 2019


Sherry: Her weary "forever stare" really gets to me, every time I look at her photo, Brendan. No child should have experienced what she did in her short life, to have that look in her eyes.

Brendan: Happy that you share the poem. Writing it felt like a civic necessity in response to your prompt. (I hope you add "This Poem is a Tired Grandmother" to complete the trio.)

Sherry: I agree. So much of what is happening feels like our civic responsibility: to respond, to  bear witness, to protest. 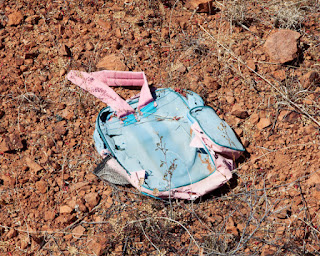 Brendan: I've read accounts of the desert leading up to the border, how many have died in crossing there, and seen very sad pix of the things they carried, the things they left behind. (Like the child's backpack in the image.) In many ways these people are climate refugees, the political chaos resulting from a fast-heating environment.

But of course the loss of the children is nigh unspeakable and hence so needful of our poems. "Morning in America" was taken from Ronald Reagan's 1984 pitch for the resurrected American Dream, the reactionary conservative impulse which is the racist mortar in Trump's Wall. But there's a ghost in the title, and it is "Mourning."

Side note, when looking for pic of Jakelin, there were the familiar face shots, but it was the zoomed back picture of her complete with those tiny pink sneakers (unlaced, even) -- that broke my heart.

Best, thanks for all you do and care about and sustain.

Sherry: Refugees from climate change and dire poverty, yes, enduring incredible hardship in hopes of a better life. They must be shocked, on arrival, to find little hope here. Thank you, Brendan. Your poem touched my heart.

Priscilla also wrote about these two small angels. Her lullaby is so beautiful. 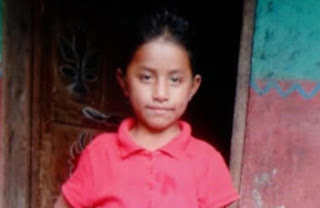 Last fall, after recognizing local tap water as the source of ongoing glyphosate poisoning, I drank the bare minimum of Aquafina to sustain life. My brain dried out. Hack writing became a chore. Feeling somewhat better now, as the pollution level in tap water subsides, I resolved to resume posting Bad Poetry. So I clicked on the link from the writing site Real Toads: What We Save, Saves Us.

What came to mind is an old song traditionally sung to children as a lullaby. So the lines below begin with that song, and go on from there:

Grandparents, great-grandparents, pet dogs and chickens,
Meet them at the front gates of the homes they remember;
They play and tell stories, they hug and reminisce,
they tend their gardens and they sing old songs.

And who knows how long it takes for such little children
To remember that their homes were not quite Heaven,
Or that they were dragged away,
when they would rather stay,
because of things they were too young to understand?

After all in Heaven no child cries for its mother;
If their mothers are not there, they have Mother Mary.
If their parents come in late, held back outside the gate
by their sins' dragging weight, all's understood.

But the ones who told their parents to leave their homelands,
Those who planned to use the children for their agendas,
Those people are not found, they never will be found,
their souls were never bound for Heaven at all. 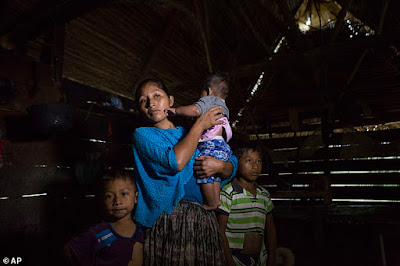 Jakelin's home, where the family
subsisted on $5 a day
source

Sherry: I am struck by how Heaven must look like Guatemala and Nicaragua, where there is such beauty. I am so moved by this poem, as lullaby. May it comfort the grief of those who read it, living, as we are, in a world of social injustice that is purely man-made.

Priscilla: I learned "A La Puerta del Cielo Venden Zapatos" around age ten and always wondered where the original composer of this folk song imagined the money would come from. A metaphoric answer came to me when I looked at your report with the photos of the two children.

Someone commented at my blog, in an indirect and poetic way, that person thought this view of the afterlife is too Christian. It's not only Christian, but specifically Catholic, and specifically the way Catholics encourage children to imagine the afterlife, because that's the culture from which the song comes.

I remember being moved from house to house as the big trauma of my childhood (I wasn't abused in other ways so I suppose everybody has to feel traumatized by something). I think parents should think long and hard before dragging children even to a different house at the other end of the block. A different country? Where people speak a different language? Where people may ridicule their religion? Where the jobs their parents do well may not exist? ??? There may be conditions that would justify doing that to children, but they're hard to imagine.

Sherry: I imagine the daily desperation of their lives leaves them with limited choices. They can't know that there is now no welcome or help waiting for them at the end of their journey.

Thank you, Priscilla, for caring about these children, and for your very moving lullaby. May they sleep well, they who barely got the chance to live.

I had not thought of adding my tired grandmother poem about the children to this feature, but since Brendan requested it, I will include the link. Smiles. This Poem Is a Tired Grandmother. This grandmother is growing very tired indeed at the state of our world. Greed is winning at the moment. I have to hope we can somehow block its path, as it marches us past the tipping point of planetary survival.

Thank you, Brendan and Priscilla, for your beautiful poems and for speaking for the children so powerfully. Through your words, they will be remembered, will not fade away.

Do come back and see who we talk to next, my friends. Hint: it is one of our newer members, who is sharing her poems and her life in New Zealand with us.

Email ThisBlogThis!Share to TwitterShare to FacebookShare to Pinterest
Labels: Brendan MacOdrum, Past Poems of the Week, Priscilla King