Your Dream Catcher poems were brilliant! They dazzled and were woven with so many intricate thoughts~

Yes, poets it is time for an art prompt. Today we are going to draw our attention to Salvador Dali. A surrealist painter with a controversial view.  He was born in Spain and lived from (January 23, 1989-May 11, 1904).  His art musings were also extended to film, theater, sculpture, photography and fashion.

There are hints of many types of painting techniques, in his art.  Cubism was a huge part of his process.  He studied art at the Academia de San Fernando (School of Fine Arts).  He was expelled from the Academia in 1926, right before his final exams.  He was accused of causing an unrest.  Later that year,  "he made his first visit to Paris, where he met Pablo Picasso, whom the young Dalí revered.  Picasso had already heard favorable reports about Dalí from Joan Miró.  As he developed his own style over the next few years, Dalí made a number of works heavily influenced by Picasso and Miró."   *Wikipedia

He developed the term paranoiac-critical method.  It is a surrealist technique which involves optical illusions and multiple images.  He loved to be in the public eye.  His actions drew more attention, than his artwork.  He married his muse, Gala.  They did not have  children. 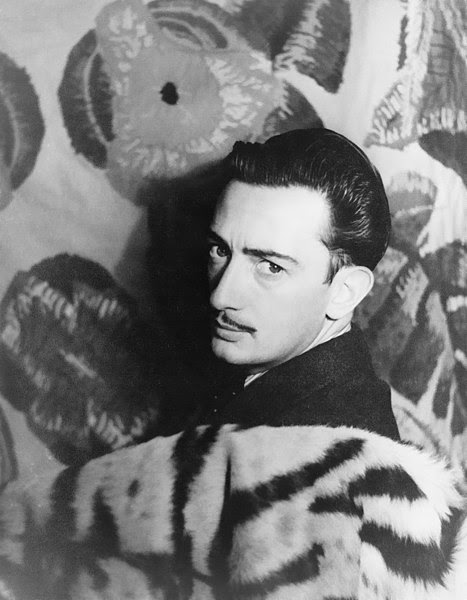 
You can read more about him here and here.  His life even ended in controversy. "There have been allegations that Dalí was forced by his guardians to sign blank canvases that would later, even after his death, be used in forgeries and sold as originals.[ As a result, art dealers tend to be wary of late works attributed to Dalí. *Wikipedia 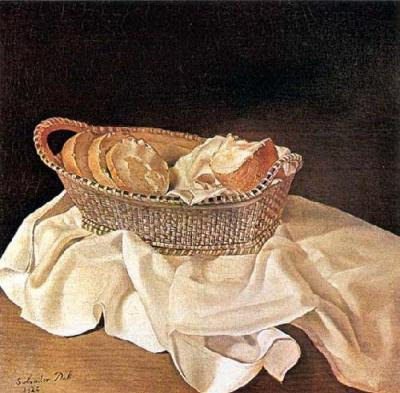 Basket of Bread 1926 was his first painting, that welcomed him to the art world.

His most well known painting!


There are many interpretations of his art.  I thought his artwork would make a great prompt.  What do you see through his art?   Some of it is a bit shocking.  I shared what I consider his most tame.  If you chose to select another form it is up to you. You could blur the lines and capture his unique view or a fragment of his insight.   I think seeing the canvas, as a poet will paint many new thoughts.  When you write your poem you might consider if you see genius or madness.  I look forward to your interpretations, I mean poems ;D


If you have a prompt idea (even a Music or Film inspired one) that you would like to suggest or share with us please send it to poetsunited@ymail.com . We keep a folder set aside with all your suggestions and just might use it one day.

There 3 simple rules:
1. Don’t link to more than 3 poems per week.
2. Please visit some of the other poems linked here when you link to yours.
3. Leave a comment after you have posted your link.