Late have I loved you,
Beauty so ancient and so new,
late have I loved you!
Lo, you were within,
but I outside, seeking there for you,
and upon the shapely things you have made
I rushed headlong,
I, misshapen.
You were with me but I was not with you.
They held me back far from you,
those things which would have no being
were they not in you.
You called, shouted, broke through my deafness;
you flared, blazed, banished my blindness;
you lavished your fragrance,
I gasped, and now I pant for you;
I tasted you, and I hunger and thirst;
you touched me, and I burned for your peace. 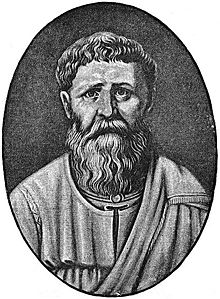 Goodness, why would an avowed Pagan like me be treating you to the writings of a Christian saint? Well, because decades ago I came across a fragment of this, and loved it so much that I copied it into a scrapbook of poems and sayings. I've had occasion recently to reflect on what drew me to poetry, and found myself declaring that beauty is my reason. So I was reminded of these words and sought out the full text. There are several translations, few of which name the translators; this, which doesn't, is the one I liked best.

Having only the start and ending of this in my original fragment – without the lines about the 'shapely' or in some translations 'lovely' things – I went in quite a different direction from Augustine, seeing the beauty of creation in a pantheistic light, the embrace of which takes us closer to, not away from God. But it's a beautiful, impassioned piece of writing however you interpret it, and I think we can honour the saint as being also a poet. In terms of ecstatic spirituality, I think this rivals Rumi.

Augustine of Hippo ... also known as Saint Augustine, Saint Austin, Blessed Augustine, and the Doctor of Grace was an early Christian theologian and philosopher whose writings influenced the development of Western Christianity and Western philosophy. He was the bishop of Hippo Regius (modern-day Annaba, Algeria), located in Numidia (Roman province of Africa). He is viewed as one of the most important Church Fathers in Western Christianity for his writings....

I guess many of you knew that already, and there are further details at the link above. I seem to recall from hearsay that he was also the saint who, in his earlier and wilder days, prayed to be delivered from temptation – but not just yet! (I see he was a Scorpio like me. I mean no disrespect by saying that I understand his attitude perfectly.)

Well, I don't want to tread on dangerous ground or risk giving unintentional offence. We have many shades of religion (including no religion) in this community, and manage to co-exist with mutual tolerance – so I'll leave it at that, inviting you all, as poets, to enjoy this as a superb poem.

Material shared in 'The Living Dead' is presented for study and review. Poems, photos and other writings remain the property of the copyright owners, where applicable (older poems may be out of copyright).
Posted by Rosemary Nissen-Wade