I understand
that romantic love
is a construction
and that you need
to enter into this illusion
with someone
who has been tricked
the same
or you
will be punished, then deadened

I spotted this poem on Claine's facebook page, along wth her note about it:

'I wrote this today as I sat in my fenced in veggie garden planting out new crops and letting my little quail semi free range. It was a lovely day.'

I like the musing of the poem, the images it evokes, and the way it moves from sadness to drawing strength from nature. 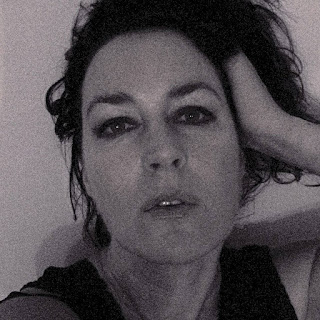 I met Claine online when we were both involved in Project 366 (as we referred to it amongst ourselves) in which Aussie poet Kit Kelen invited several other poets and graphic artists (mostly, but not all, Australians) to contribute daily during 2016 to a blog called Project 365+1 (2016 being a leap year). It was an experiment to find out what would happen out of writing a new poem every day, and particularly whether the blog would give rise to a conversation – or perhaps various conversations – in poetry. (It did, from time to time, though perhaps not quite in the way Kit had in mind.)

A core group committed to the project for the whole year; Claine and I were two of many who signed on for a particular month – in our case the same one, after which we sought each other out to become facebook friends. It was a joy to become, in this project, so well-acquainted with the work of others involved – some of whom I already knew; others, like Claine, were new discoveries for me. I didn't want to stop reading her poetry after that month; I'm glad she posts poems on facebook.

Her facebook profile tells me she is originally from Sydney but now lives in Kuranda, a village in the rainforest in North Queensland, noted for its waterfall and scenic railway; that she works as a 'café poet', and has taught English Literature at two different colleges in Darwin. (A lover of the tropics, it seems!)

I thought of 'café poet' as someone who might offer to write poems to order for customers. Then, in her facebook Author Page I saw a newspaper interview which described her as being a 'writer in residence' there, so then I imagined her sitting and going about her work, composing poems in full view and discussing the process with any who cared to ask questions. But the interview soon revealed that she actually used it as a performance space, even surprising the clientele by suddenly collapsing on the floor before rising to give them a poem.

Although I know her only online, and her poems by reading them, I gather she is above all a performance-poet. (Is that term still current? It's what we used to call it when I was one of them.) Her Author Page includes photos of some of her performances. They look dramatic!

When I asked her for some bio notes, she sent me the following:

Claine Keily is a poet and visual artist.

She has been published in Standards, Sotto, Cuttings, The Wonderbook of Poetry, When the Moon is Swimming naked, Notes for the Translators, Solstice Initiative, Poetry E Train, Project 365+1, and in The Rochford Street review.

Well of course I had to ask her more about the 'limited edition artist books', didn't I? Most intriguing!

She explained: 'The limited edition artist books contain etching and woodblock prints created by myself. For the limited edition copies of Viola Tusk there were photographs of sculptural installations by Claire Hauge and Russell Milledge'.

She also referred me to the afore-mentioned Author page on facebook. It includes not only images from her poetry performances or 'happenings', but also photos of some of the books; a 'video poem' combining film, spoken words and music; and texts of various poems. It's a Public page, so you should be able to access it and have a good browse (though I'm not sure if you have to join facebook to do so; I did that so long ago that I no longer know what applies to non-members).

You can also find her poems at 365+1, in June 2016. And, though our year there is over, some of the poets, including Claine (and Kit himself), have continued to post poems there; you could search for her work in the 2017 posts too, using the right-hand column – and perhaps find posts you like by others as well.

The Cafe Poet Program places poets in cafes as ‘poets in residence’ for a six-month period. The poet is given space to write (maybe two or three times a week – in consultation with the cafe) as well as complimentary tea and/or coffee and in return the cafe gets to be part of this community, promotion and the opportunity to plan events with the poet enriching the cultural life of the cafe. The program began in February 2009 and has been a huge success, placing more than twenty poets in cafes all over the country. The program has also connected cafe poets with various opportunities including working with RMIT media students and being published in the 2009 edition of Blue Dog: Australian Poetry.

Email ThisBlogThis!Share to TwitterShare to FacebookShare to Pinterest
Labels: Claine Keily, I Wish I'd Written This