a native man looks me in the eyes as he refuses to hold my hand during a round dance. i pretend that his pupils are like bullets and i wonder what kind of pain he's been through to not want me in this world anymore. and i wince a little because the earth hasn't held all of me for quite some time now and i am lonely in a way that doesn't hurt anymore.
you see, a round dance is a ceremony for both grief and love and each body joined by the flesh is encircled by the spirits of ancestors who’ve already left this world. i ask myself how many of them never knew what desire tasted like because they loved their kookums more than they loved themselves.
i dance with my arm hanging by my side like an appendage my body doesn’t want anymore. the gap between him and i keeps getting bigger so i fill it with the memories of native boys who couldn’t be warriors because their bodies were too fragile to carry all of that anger. the ones who loved in that reckless kind of way. you know, when you give up your body for him.
and i think about the time an elder told me to be a man and to decolonize in the same breath. there are days when i want to wear nail polish more than i want to protest. but then i remember that i wasn’t meant to live life here and i paint my nails because 1) it looks cute and 2) it is a protest. and even though i know i am too queer to be sacred anymore, i dance that broken circle dance because i am still waiting for hands who want to hold mine too.
Billy-Ray Belcourt, February, 2016 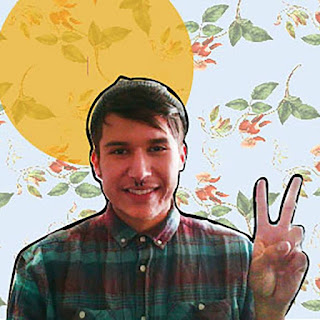 I could not have written this, as I am not First Nations, nor a young man. But we thought you might enjoy meeting one of Canada’s rising young poets, Billy-Ray Belcourt, a member of the Driftpile Cree Nation.

He began writing poetry at nineteen, and was immediately recognized as a big talent. Now in his early twenties, he has already garnered significant attention on the Canadian literary scene.   He graduated from Oxford in 2017, Canada’s first Indigenous Rhodes scholar. His studies focused on the effects of colonialism on indigenous people's health, medical anthropology and women’s studies.

He is now a PhD student at the University of Alberta in the Department of English and Film studies. 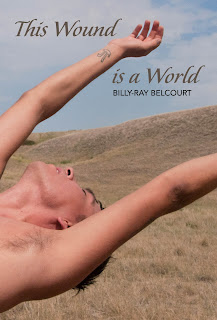 His book of poems called “This Wound is a World” was published in 2017 by Frontenac House.

CBC Books has called Billy-Ray “one of 6 Indigenous writers to watch,” and rated his book “the best Canadian poetry of 2017”. 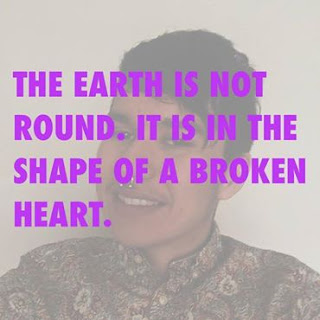 Of his book, Billy-Ray has said, “I think that this book is a call to arms of sorts. It is a manifesto, a prayer and an instruction manual for something like a queer Indigenous future.

“For me to have been able to break into the writing scene at nineteen, as someone who is Indigenous and openly queer, I had to inject my poems with some critical, academic ethos. But I think, in the end, it made my poetry better.”

Let’s look at another of this young man’s powerful poems.

THE CREE WORD FOR A BODY
LIKE MINE IS WEESAGEECHAK

the cree word for a body like mine is weesageechak
the old ones know of this kind of shape-shifting:
sometimes i sweat and sweat until my bones puddle on the carpet in my living room and i am like the water that comes before new life
i was born during a falling leaves moon. which is to say: i have always been good at sacrifice
it is believed that women are most powerful during their moontime and because of this do not take part in ceremonies in order to let the body cleanse itself
there are weesageechak days when gender is a magic trick i forgot how to perform and my groin floods and floods trying to cleanse itself like the women and i too become toxic to men who have built cages out of broken boys

maybe if i surrendered myself to Grandmother Moon she would know what to do with these pickaxe wounds: there is so much i need to tell her about how my rivers and lakes are crowded and narrowing. how i managed to piece together a sweat lodge out of mud and fish and bacteria
she gives me the cree name weesageechak and translates it to ‘sadness is a carcass his tears leave behind’

and the crows and flies who don’t care about gender will one day make away with my jet-black finger nails and scraggly armpit hairs and lay tobacco at my grave and tell their crow and fly kin that i was once a broad-shouldered trickster who long ago fell from the moon wearing make-up and skinny jeans
Billy-Ray Belcourt, July, 2016
*****
Belcourt writes, “Heartbreak is sonic: it is the sound one makes when one becomes those who refuse to be put to rest. Everywhere we see that there is an aesthetic component to the brutalities of a world where the pace of everyday life vibrates with Native misery.”

When I hear about a young voice this powerful, I have to believe there will be less Native misery in the years ahead, thanks to young people like him shining their light into all the dark corners of Canadian colonialism. (Which is still alive and well, I am sorry to say.)