POEMS OF THE WEEK ~ BY BRENDAN, SHAY AND SUSIE

Friends, today we have poems penned by three maestros of online poetry: Brendan MacOdrum, of Oran's Well, Shay Simmons, known to us as Fireblossom, of Shay's Word Garden  and Black Mamba, and Susie Clevenger, who blogs at Confessions of a Laundry Goddess and Black Ink Howl. You will be familiar with them from this site, as well as from their regular participation at our sister site, Imaginary Garden With Real Toads. Today's poems demonstrate just how much impact a poem can have. Each of these poems stayed with me for days after reading them, and I knew I wanted to share them with you. Let's jump right in. 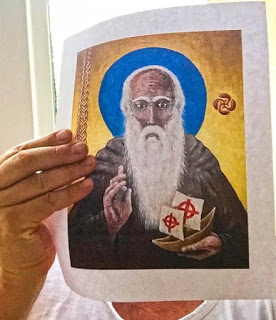 Prayer For the Whales 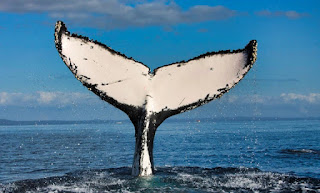 Vanishing gods, with you
go our heat and heart,
the tamp of descents
no lamp can reach.

But that is not prayer.
May your extinction
ring the long bell of the sea;


May the crash and bellow
of your diving thrash
make our hearing of it
a halving beyond night.


Make vast this foundering
into the unfound,
church without vicarage,
cry without cross.


We have taken your last child.
May our oil burn that low.


Wrap this prayer
around your ghost rib


that we may harrow
what only death
now can whale.


Your lost song
deepens our sorrow
into abyss—:


The lonely sanctus
of tomorrows upending,
your much amiss.
Tomb Jonah and Ahab
in your mouth’s scrimshaw.


Drown our amen
in your whalefall.

Sherry: "Your lost song deepens our sorrow", indeed, Brendan. I am thinking of Talequah, carrying her dead calf on her nose for seventeen days, grieving. What a sorrowful world we have made for the creatures.

Brendan: Whales--perhaps all cetaceans--are a totem animal for me. On my father's family crest, a naked man rides a sea-beast; my avatar St. Brendan celebrated Easter for seven years on the back of the whale Jasconius, Moby Dick is a dark Bible in my reading. Search "whale" or "seal" or "dolphin" on my blog and you'll see.

But the oceans are changing faster than the land due to human activity, we just don't notice it (the surface of the sea is the same every day). We may be the last generation to see whales in oceans.

I had been reading about a nunnery in Japan where two elderly nuns continue to pray for the souls of whales killed by their fishing village--even a century after the traditional practice came to an end. As the Anthropocene brings about the Sixth Extnction event, I wondered what on Earth we, the complicit, could pray for the last vanishing whales.

Sherry: I wonder, too. We don't deserve forgiveness. I am glad of the nuns praying, though. And for your poem, which speaks to our shared plight so eloquently. Thank you, Brendan.

Shay's poem struck my heart so forcefully, I am still thinking about it. Let's dive in.

THE WHALES OF DETROIT


Ask anybody at a bus stop or down by the river--
there aren't any whales in Detroit.

I hear them all the time.
On Woodward Avenue, whales.
At John King books, whales down every row of shelves.
At the Old Mariners' Church, whales in the bells.

You are so thin, so sad.
I look at the great scarred heads of the whales and think of you.
In the aging overhanging trees beside the crack houses, whales.
Under the 8 Mile Road overpass, whole pods of whales.
In your eyes, the sea
and the coiled rope of our pasts which holds the harpoon.

There are whales in Detroit.
There is me, with my long hair tucked inside the collar of my pea coat.
From my hair I hear the waves.
There is you, outside a pawn shop between Hubbell and Greenfield,
giving the monkey a Nantucket sleigh ride.
There is salt spray on my face,
and you, far out on the horizon, spyhopping,
then nodding for the deeps like all the rest--the whales of Detroit.


Sherry: That coiled rope of the past, with its harpoon. The whale, spyhopping, looking for a safe place to be. The thought of their ancient wildness, as we walk grey city streets, a wildness we miss and long for, that is fast disappearing. This poem hurts to read. And I am so glad you wrote it!

Shay: I was feeling distressed when I wrote "Whales of Detroit". About the whole political situation, and also i wanted to write something about my poor city, which has undergone such hard times. While the poem has nothing to do with the Kavanaugh hearings per se, it IS about the elephant --or whale-- in the room; that is to say, the thing that is too big to not be seen. And what i see is at once sad and brave and criminal and heartbreaking. And so i wrote that poem. I cried when I wrote it, so it really came from the heart.

May I say how happy I am to appear with two such marvelous poets. Thanks for thinking of me.

Sherry: Thanks for sharing your heartrending poem, Shay.

I knew I needed a third poem that would match the power of these two, so when Susie posted the following poem, I lost no time asking her if I might include it. 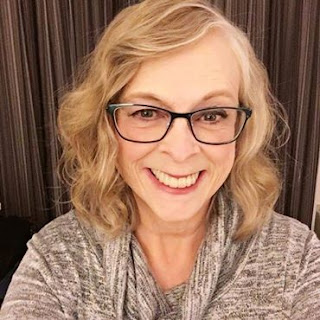 I hear the water cry,
“I am your safety”,
but drowning sings
its dirge across my chest.

Hope urges faith
can walk across the sea…
My wounds burn in brine’s no
as I bleed another tear into the tempest.

Memory’s mutiny has unleashed suppressed,
and I feel the anchor of ghosts freed
from Davy Jones’ locker.

I am a fish forced to once again
swim a dead sea I thought I’d conquered.
I pray the demon’s spear will pierce the last revelation
so I will no longer fear a shadow will come to snuff my candle.

Sherry: I feel like that fish, forced to swim a dead sea she thought she had conquered, as we watch fifty years of hard-won human rights and protections being rolled back or tossed out. We are indeed bleeding tears into the tempest.

Susie: My poem Match to Water was written from hearing the news and reading social media comments relating to why women won’t report sexual violence, and if they do, why it takes years for them to speak about it. It is a very personal topic for me. I am a childhood sexual abuse survivor. It took me fifteen years to tell anyone about it. Because of the current conversations new details I had suppressed in my own horror have begun to surface.

I have often gone to sit along the water to find peace and comfort, but having lived through several hurricanes I also know the terror of it. Just like those massive, destructive storms form in heated water my mind began to churn with current events and opinions from those who have never lived the nightmare of sexual trauma. The poem became the vehicle that made me realize I needed help. I am currently seeing a therapist to guide me through revelations I can’t manage alone.

Sherry: Thank you for the impact of this poem, and for speaking about it. The issues raised in these three poems are  made so much worse by recognising that those in power care nothing about their constituents, women or the environment.

I imagine millions of women have been distressed by the message of recent weeks. I’m glad you have sought support. I sought help myself over the grief I carry for what is happening to the planet I love so much, and for Pup, who has always represented wilderness to me. But the grief is so raw I couldn’t even speak, only cry. It hurts too much to talk about.

Thank you, Brendan, Shay and Susie, for this exceptional trio of powerful poems. You put voice so well to the bleak lens we are looking through these days.

These poems certainly show us the impact a poem can have, do they not, my friends? Do come back and see who we talk to next. Who knows? It might be you!