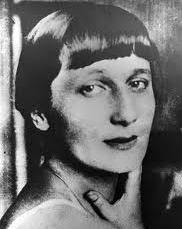 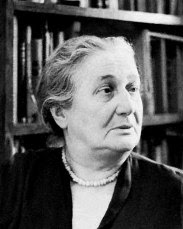 Ah, you thought I’d be the type
You could forget,
And that praying and sobbing, I’d throw myself
Under the hooves of a bay.

Or I would beg from the witches
Some kind of root in charmed water
And send you a terrible gift-
My intimate, scented handkerchief.

Damned if I will. Neither by glance nor by groan
Will I touch your cursed soul,
But I vow to you by the garden of angels,
By the miraculous icon I vow
And by the fiery passion of our nights-
I will never return to you.

Anna Andreyevna Akhmatova epitomized the poet dedicated to her work despite challenge and circumstance. Born in the Ukraine in 1889 and interested in poetry at a young age, Akhmatova was discouraged by her wealthy father who told her not to shame the family by becoming a "decadent poetess." She did not heed his command. At age 23, she married, wrote consistently and published her first book, Evening. Her son Lev was born that same year. Against her protestations, Lev was raised by his paternal grandmother, who disliked Akhmatova and allowed only holiday and summer visits between mother and child. She later wrote, "motherhood is a bright torture. I was not worthy of it."

Akhmatova continued writing and became much admired within the St. Petersburg literary scene. Her widely-praised second book, Rosary, was published in 1914 and cemented her reputation as a poet.

In 1922, Anno Domini MCMXXI was published, but because of the changing political environment, she could not find a publisher after that. From 1925 to 1940 her poetry was unofficially, but quite effectively, banned; so she focused on literary criticism and translations. In the late 1930s, she wrote, Requiem, dedicated to the memory of Stalin's victims. In 1940, a collection of previously published poems, From Six Books, was published. A few months later it was withdrawn. Following World War II, an official decree banned publication of her poetry and she was expelled from the Writer's Union.

In 1949 Akhmatova’s son Lev was arrested and jailed until 1956. In an effort to win his release, she wrote poems praising Stalin and the government, but later requested that these poems not appear in her collected works. She began writing and publishing again in 1958, but with heavy censorship. In 1964 she was awarded the Etna-Taormina prize and became president of the Writers' Union. A year later she received an honorary doctorate from Oxford University. She died in Leningrad, where she had spent most of her life, in 1966.