How do you find
the track before
the footfall?

How do you find
the heat before
the flame?

How do you find
the will before
the thought?

From The Snow in Us,  © 1988 and republished in  Kiss and Tell: Selected and New Poems 1987-2002. A second edition of The Snow in Us was released by Interactive Press in 2013 in both print and ebook versions. 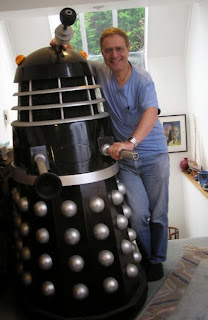 I have copies of both the books in which this poem has been published, one printed and the other on Kindle. The Snow in Us grew from time the poet spent with the Inuit people in Canada. I love how this poem is rooted in the physical, sensual and practical whilst simultaneously almost mystical. The questions it poses seem to come from a very natural curiosity about this animal which does its job so well — and at the same time they are much broader and deeper than that.

David Reiter is an award-winning poet, writer of prose and transmedia artist based in Brisbane, Australia. We Aussies like to claim him as an Australian writer, but he was born and grew up in the United States and then lived a number of years in Canada before migrating to Australia in 1986. He studied at universities in both the USA and  Canada, and has taught at universities in Canada and Australia. He has also been involved in publishing, with environmental, sociological and literary focuses. He now runs his own business, IP (Interactive Publishing) as well as being a workshop leader and public speaker.

I also have his excellent book of short stories, Triangles, as an ebook. It was runner-up in a major national award, and I can quite see why. One of his poetry books, Hemingway in Spain, has been made into a film. His latest book, My Planets, a fictive memoir, won the Western Australian Premier's Award for Digital Narrative. You can find more of his books on his Amazon page. He is just now putting the final touches to the fourth book in his Project Earth-mend Series of environmentally-conscious novels for children. It will be released in 2014.

In a short article like this, it's hard to do justice to the work of such a productive author. I've only scratched the surface, so I hope you check out some of links. For one final treat, here he is on YouTube, reading from My Planets.


Any poem or photo used in ‘I Wish I’d Written This’ remains the property of the copyright holder (usually its author).
Posted by Rosemary Nissen-Wade

Email ThisBlogThis!Share to TwitterShare to FacebookShare to Pinterest
Labels: David P Reiter, I Wish I'd Written This