This time I hope to provoke your thoughts, not by introducing you to controversial ideas, but by presenting some new forms for your consideration. Recent inventions, in fact! 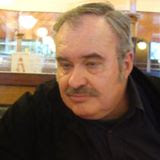 My old friend Geoff Prince has for some time been sharing, via facebook posts, a pithy verse form of his own devising: four lines, a pivot line on its own, and then another four which take the poem further, usually in a somewhat different direction. They rhyme, but not always in the same way. To me they often have the flavour of epigrams or aphorisms. I find them intriguing.

When I asked if he had given them a name, he said:

'i settled on "gnomes" to describe them. if you read frost's the secret sits you will gather some of their origin. also blake proverbs of heaven & hell.'

Here is the Frost:

We dance round in a ring and suppose,

But the Secret sits in the middle and knows.

And here are some of Geoff's 'gnomes':

those
who just go
with the drift
of things

only when
you have known
the mystery
will you banish ignorance

the psychedelicate
shaman
from the fringes
of the city

compassion to
gather
from the frail
eye of pity

The disease of tomorrow
has touched me today;
the rain has fallen –
too little to pay.

too little
and too late to stay;
how the ill of tomorrow
has touched me today …

when my heart
is softer than silence
i can hear it

poetry
won't
be cajoled
into submission

resists
all
attempts
at our definition

I haven't tried any myself yet – perhaps daunted by Geoff's obvious mastery of his own invention – but they are tempting, aren't they? 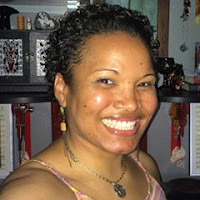 Magaly Guerrero, who is known to many of you here, through her participation and her own blog, has been playing with the Japanese form, tanka, for quite some time. Very recently she came up with a variation she calls 'thinner tanka'.

Unlike some of us who don't worry any more about syllable count for haiku and tanka, but just do patterns of long and short lines, Magaly is one of the many to adhere to the traditional 5-7-5-7-7 syllable count (per line) for tanka. Her thinner tanka have fewer syllables – making, indeed, for a lovely leanness. She has narrowed them down to 3-5-3-5-5.

Like the original tanka form, it's versatile! Being Magaly, who excels in the unexpected, she hasn't yet (as far as I know) written any simple, stand-alone thinner tanka, instead combining them into longer forms.

The first I've chosen to share with you is a poem of which the first two verses are thinner tanka, the last two are Kelly lunes. (The lune is another interesting short form, details here.)

The Sun Wants to Die

in nightmares
my lips say nothing
of our love,
my blood refuses
to ink you and me

the sun wants to die
without you
my self grows hollow

“I’m almost undone,”
you whisper.
And I breathe again.

The next is a triple thinner tanka, each verse forming one:

Body piles,
you said? What of teeth
and ravens?
My quill’s in dire need
of something to bleed.

Look deeper,
dear sirs, see us twitch—
we aren’t dead.
True humans will kick
‘til all tongues are freed.

And the last is a haibun variation where the verse is a tanka instead of a haiku (sometimes known as tanka prose) – in this case a thinner tanka.

She says that I was born with luck sitting on my hand and charm dancing on the tip of my tongue. “People love you,” she tells me, “they want that… something shining out of you.”

I smile at her, all magic and creepy teeth, wondering if she ever kisses her mirror.

You must love
freakishly wild things
to love me,
caress chaos’ soul
and moan for balance. 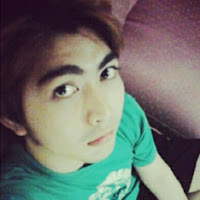 And now let's go back a little way and remind ourselves of (or perhaps discover for the first time) a form invented by a young Filipino poet, Kelvin S. Mangundayao, whom we got to know blogging as Kelvin S.M. He seems to be having a quiet spell offline at present, as he has done before – at any rate, did not answer my email about this post, and his blog appears to be in hiatus. However, he has already made information about the tilus form publicly available, and has previously given me permission to use his work here, so here is his description, with some of his own examples:

'Tilus [tee-loo-hz] - is a form created by yours truly and falls under the category of micro poetry. The form is divided into two parts: the first part is composed of two lines following a 6-3 syllable count; the second part, a one-syllable word to close and/or complete the subject layered in the first part. The whole piece must, only, contain 10 in overall syllable count. The main focus of Tilus is on the world of nature, and how it can open a new door to a wider understanding of life and beyond. The form aims to be epic in emotions expressed more importantly than to be epic in words.'

(The name is a reverse spelling of his mother's maiden name, which is also his own middle name.)


Life---let me fall in you
clean as a

(When I asked Kelvin for the plural of the word, he seemed a bit taken aback but suggested the English-language plural form, 'tiluses'. I find myself – without any authorisation – tending to use the singular form as also the plural.)

I can get long-winded in free verse, so I love to try short forms now and again to re-learn how to condense – and just because they're fun.

Another good one, which the people at dVerse Poets Pub came up with, is the quadrille. Many of you will already be aware of it from that source, but I think it is not yet generally known. The only rule is that it must be exactly 44 words (excluding title).

I asked Bjorn Rudberg of the dVerse team (whom we know well here too) if it was one person's invention or a collaborative effort. He replied:

'Actually it was collectively invented... it went back to the fun of doing something right between the 33 words of Trifecta (now gone) and the 55... so 44 felt natural. The original idea of doing a short prompt was Grace's... '

It's an extremely versatile form because of having only that one rule. You can arrange the words however you like as to lines and verses. You can create metre and/or rhyme – or not.

The regular dVerse quadrille prompts always feature a specific word that must be included, a different one every time, but that's just to keep things interesting – it's not an integral part of the form.

I've enjoyed playing with quadrilles, but recently realised that mine have made rather slight poems so far (I mean their content rather than their length). Perhaps that is simply because I find it a playful form. Others obviously find it so too, yet have done amazing things with it. Because it's so open, rather than hunting up examples for you or sharing mine, I invite you to try your own – if you haven't already.

In fact I invite you to try any of these new forms that appeal to you. Or even invent your own! And I hope I have given you things to think about in terms of poetic composition.


Material shared here is presented for study and review. Poems, photos and other writings remain the property of the copyright owners, usually their authors.