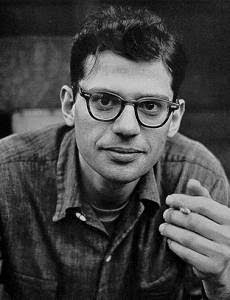 Allen Ginsberg, born June 3rd, 1926 in Newark, New Jersey, was one of America’s most notorious Beat Generation Poets (Which also included other, but not limited to, poets such as Jack Kerouac, William S. Burroughs, Carl Solomon) and one of the leading figures of the Beat Generation. Ginsberg was the son of Lois Ginsberg and Naomi Ginsberg, his father being a poet and a high school teacher, while his mother suffered from a psychological illness. As a poet, he is most widely known for his two lengthier poems Howl (1956) and Kaddish (1958-1960), written for his mother who passed on in 1956).

Ginsberg became a controversial figure with his willingness to talk about taboo subjects, while becoming a more significant public figure in 1960’s, as a political activist. In the min-1950’s there was no publishing company that would consider publishing the poem, Howl, as a majority of it’s language was considered vulgar. In 1956 the poem was published in a collection of Ginsberg’s known as Howl and other Poems, and was published by Lawrence Ferlinghetti of City Light Books. Ferlinghetti was arrested for publishing the collection due to it being considered obscene, but it was later ruled, on October 3rd, 1957 by Judge Clayton W. Horn, that it was not obscene. In 1965, Ginsberg took a key role in a Vietnam protest, which took place at the Oakland-Berkley city line. The protest consisted of several thousand marchers, and was not interrupted by the motorcycle gang The Hell’s Angels, even though the gang had made threats against the protest and interrupted another protest the day before.

Ginsberg published a massive collection of work during his lifespan, gaining a few awards along the way. His book The Fall of America, won the National Book Award for Poetry in 1974. In 1979 he was inducted in the American Academy and Institute of Arts and Letters, and was awarded the National Arts Club Gold Medal. In 1995, Ginsberg won the Pulitzer Prize for his book Cosmopolitan Greetings: Poems 1986-1992.

It is believed that the last reading Allen Ginsberg gave was at The Booksmith in San Francisco, December 16th, 1996, with an exception of a special guest appearance at a NYU Poetry slam February 20th, 1997. On April 5th, 1997, Ginsberg passed away, succumbing to liver cancer via complications of hepatitis. He died at the age of 70, and even though he was ill, Ginsberg still proceeded to write through his illness; his last poem written and published, Things I’ll Not Do (Nostalgias) March 30th. Some of Ginsberg’s work or other poems include: America, Ballad of the Skeltons (Recorded with Paul McCartney), The Terms in Which I think of Reality, and many more. Just recently, a trailer was released for a film based on Ginsberg’s poem, Howl. The film is to be centered on the Obscenity trial around the poem. The trailer to the film can be found at the link below.

Howl
(The upcoming movie about Allen Ginsberg staring James Franco)
Ballad of the Skeletons
(Ginsberg performing his poem. Paul McCartney is also in it.)
If you would like to read some of Ginsberg's poetry some of the works discussed in this article can be found linked below.

Howl
Kaddish
America
The Terms In Which I Think of Reality


This piece on Allen Ginsberg was written by Larry Patterson, a regular contributor to Poets United. If you would like to learn more about  Larry you can do so by checking out his “The Life of a Poet” interview (found here on Poets United) or by visiting his poetry blog Systematic Weasel.  Larry will have monthly article in the Poet History series and a few other features found here at Poets United so come back often if you enjoy reading Larry's work. 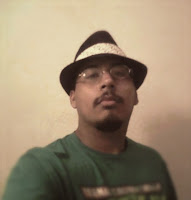