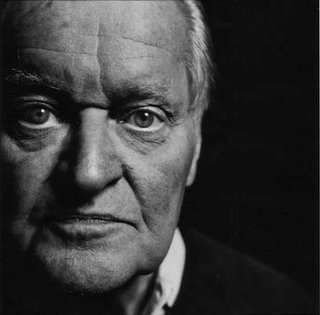 John Ashbery, born July 28, 1927, is recognized as one of the greatest twentieth century American poets; winning nearly every award for poetry including: The Pulitzer Prize, National Book Award and the Yale Younger Poets Prize. Ashbery was born in Rochester, New York and raised on a farm near Lake Ontario, where his brother died when they were children. Educated at the Deerfied Academy, an all boys school, Ashbery was introduced to such poets as W. H. Auden and Dylan Thomas, and soon after he began writing poetry. 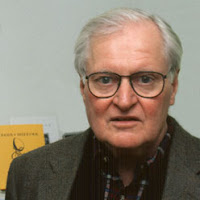 In the early 1970’s Ashbery began teaching at Brooklyn College where his students met John Yau, an American poet and critic who has published over fifty books of poetry, artists' books, fiction, and art criticism. In the 1980’s he moved to Bard College where he was the Charles P. Stevenson, Jr., Professor of Languages and Literature, until 2008 when he retired. From 2001 to 2003 John Ashbery was the Poet Laureate of New York State and also served as a Chancellor of the Academy of American Poets. He was a Millet Writing Fellow at Wesleyan University, in 2010, and participated in Wesleyan's Distinguished Writers Series.

“Ashbery's poetry challenges its readers to discard all presumptions about the aims, themes, and stylistic scaffolding of verse in favor of a literature that reflects upon the limits of language and the volatility of consciousness” (Poetryfoundation.org). John Ashbery has published more than twenty volumes of poetry. His first book, Some Trees (1956), won the Yale Younger Poets Prize, judged by W.H. Auden. During the 1960’s and 1970’s, Ashbery published a vast amount of influential and successful collections such as: The Tennis Court Oath(1962), The Double Dream of Spring (1970), Self-Portrait in a Convex Mirror (1975) and Houseboat Days (1977). The Self-Portrait in a Convex Mirror is said to be one of Ashbery’s best work, winning the Pulitzer Prize, the National Book Award, and the National Book Critics Circle Award. In 2008, the collection Notes from the Air (2007), won the International Griffin Poetry Prize. The last collection to be published by Ashbery so far is titled, Planisphere (2009). 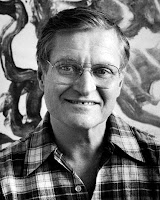 To this day, Ashbery’s work and presence continues to be a major influence in the poetry world. To help us learn a bit more about the poet, I have added some links and videos of interviews and his life’s work.

From Notes from the Air, Poetry reading by John Ashbery:

This piece on John Ashbery was written by Larry Patterson, a regular contributor to Poets United. If you would like to learn more about  Larry you can do so by checking out his “The Life of a Poet” interview (found here on Poets United) or by visiting his poetry blog Systematic Weasel.  Larry writes monthly for the Poet History series and a few other features found here at Poets United so come back often if you enjoy reading his work.
Posted by Robert Lloyd