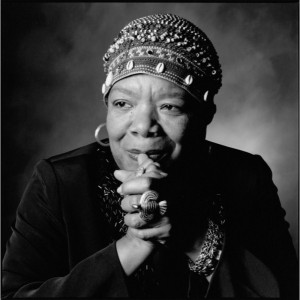 Maya Angelou – Renaissance Woman
With a bearing that can only described as regal, Maya Angelou is a woman often referred to as a global renaissance woman. One of her quotes states, “I believe that each of us comes from the Creator, trailing wisps of glory,” and in her dignified bearing she reflects this personal truth.

Born in 1928 in Missouri, she has made a name for herself as a poet, memoirist, novelist, educator, actress, producer/director and civil rights activist. She is well known for having written and delivered the inaugural address for President Bill Clinton’s Presidential inauguration, entitled On the Pulse of the Morning.
She can be seen delivering this poem below.

Her poem Phenomenal Woman (Click on link to read) is practically a women’s anthem, it is so well known.
Raised in St. Louis, Ms. Angelou experienced racial discrimination in her early life, but her unshakable faith and the values of her traditional African American upbringing have seen her through a life of strength and inspiration to others.

As a teenager, her talent was recognised early, and she won a scholarship to study dance and drama at San Francisco’s labour school. At fourteen, she dropped out to become San Francisco’s first African American streetcar conductor. She finished high school later, giving birth to her son, Guy, mere weeks after graduation. As a single mother, she worked as a waitress and cook for a time. 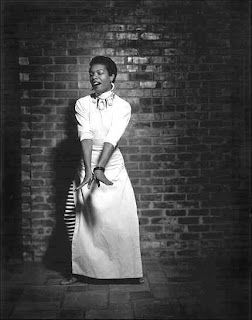 In 1954-1955, at 26, Ms Angelou toured Europe with the production Porgy and Bess. This was followed by some TV appearances, and the recording of her first album. In 1958, she moved to New York and joined the Harlem Writers Guild. She acted off-Broadway and wrote and performed Cabaret for Freedom.

In the years following, Ms Angelou worked as an editor in Cairo, Egypt, and then as teacher and feature editor in Ghana. Maya Angelou met Malcolm X in Ghana and in 1964 returned to America to help him build the Organization of African American Unity. Soon after her return, Malcolm X was assassinated. Next, Martin Luther King asked her to coordinate the Southern Christian Leadership Conference. King’s assassination in 1968 devastated the young activist, and she withdrew for a time to recover. She wrote her autobiography I Know Why the Caged Bird Sings, publishing it to acclaim in 1970.

This is an excerpt of her poem by that same name, reflecting her life-long activism for civil rights:

The caged bird sings
with a fearful trill
of things unknown
but longed for still
and his tune is heard
on the distant hill
for the caged bird
sings of freedom.

Ms Angelou now has over 30 best-selling titles to her name.

The screenplay she wrote for Georgia, Georgia, was the first script by an African American woman ever to be filmed, and was nominated for the Pulitzer Prize.

In 2000, Maya Angelou was awarded the Presidential Medal of the Arts. She was awarded the Lincoln Medal in 2007, and has been presented with three Grammy awards. She has received over 30 honorary degrees and is the Reynolds Professor of American Studies at Wake Forest University. She is now considered one of the great voices of contemporary literature.

I didn’t know it until researching for this article, but Maya Angelou is the author of one of my favourite quotes of all time: 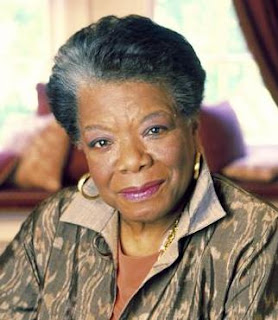 Hugely reflective of Maya Angelou’s personal journey, as well as that of the civil rights movement itself, is her poem Still I Rise: (below is an excerpt from that poem)

Out of the huts of history’s shame
I rise
Up from a past that’s rooted in pain
I rise
I’m a black ocean, leaping and wide,
Welling and swelling I bear in the tide.
Leaving behind nights of terror and fear
I rise
Into a daybreak that’s wondrously clear
I rise
Bringing the gifts that my ancestors gave,
I am the dream and the hope of the slave.
I rise
I rise
I rise.

(The full poem is found here)


Maya Angelou is and always will be an inspiration to generations of people around the world. Her strength and character is something to be admired.  Her poetry is beautiful and passionate. If you have not had the opportunity to learn about Maya or read any of her writings hopefully this article will introduce you to one of the wolrds modern day greats.
Sources:
A Song Flung Up From Heaven, by Maya Angelou
Website: mayaangelou.com
Wikipedia

This wonderful post on Maya Angelou was written by Sherry Blue Sky, a regular contributor to Poets United. If you would like to learn more about  Sherry you can do so by checking out her “The Life of a Poet” interview (found here on Poets United) or by visiting her poetry blogStardreaming.  Sherry is a regular contibutor to Poet United and its many activities and posts so come back often if you enjoy reading Sherry's work to see whats new from her.