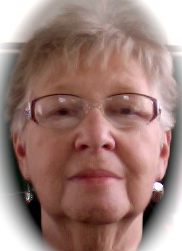 Aussie poet Rosemary Nissen-Wade grew up in Launceston on the island of Tasmania. As an adult she lived many years in the city of Melbourne, where she attended university, worked in libraries, married and raised her children, and became active in the poetry scene during the eighties and nineties.

Her work was widely published and broadcast. She became known as a dynamic performance poet (including a stint in a poetry theatre group), an innovative teacher of creative writing at both tertiary and community levels (including a series of prison workshops), and an independent publisher of Australian poetry. Three full-length collections of her own poetry have appeared since 1985. Only one, Secret Leopard (Alyscamps Press, 2005) is still in print. She has since been involved in book collaborations with other poets, and has produced several chapbooks. (See her Amazon and Smashwords pages for details.)

In 1994 she and her third husband, writer Andrew Wade, moved to the Northern Rivers region of New South Wales, to a small country town near mountains and rainforest, and not too far from the ocean. It reminds her of the Tasmania she grew up in, but the climate is thankfully much warmer. [Note: Andrew died in 2012 at the age of 83.]

She has now embraced the internet. Her poetry has appeared in online journals and anthologies, and there is a selection at her website. New poems are aired at her poetry blogs, The Passionate Crone and Stones for the River. She also co-administers haiku, tanka and free verse groups on facebook. [Update 2018: The Passionate Crone is now archived. The new poetry blog is Enheduanna's Daughter.]

Since 1992 Rosemary has also worked as a Reiki Master and a professional psychic medium.

She has continued to conduct 'real-life' (i.e. offline) writers' groups in her community, sometimes in a paid but more often a voluntary capacity.
Posted by Poets United